WE KEEP COMING BACK 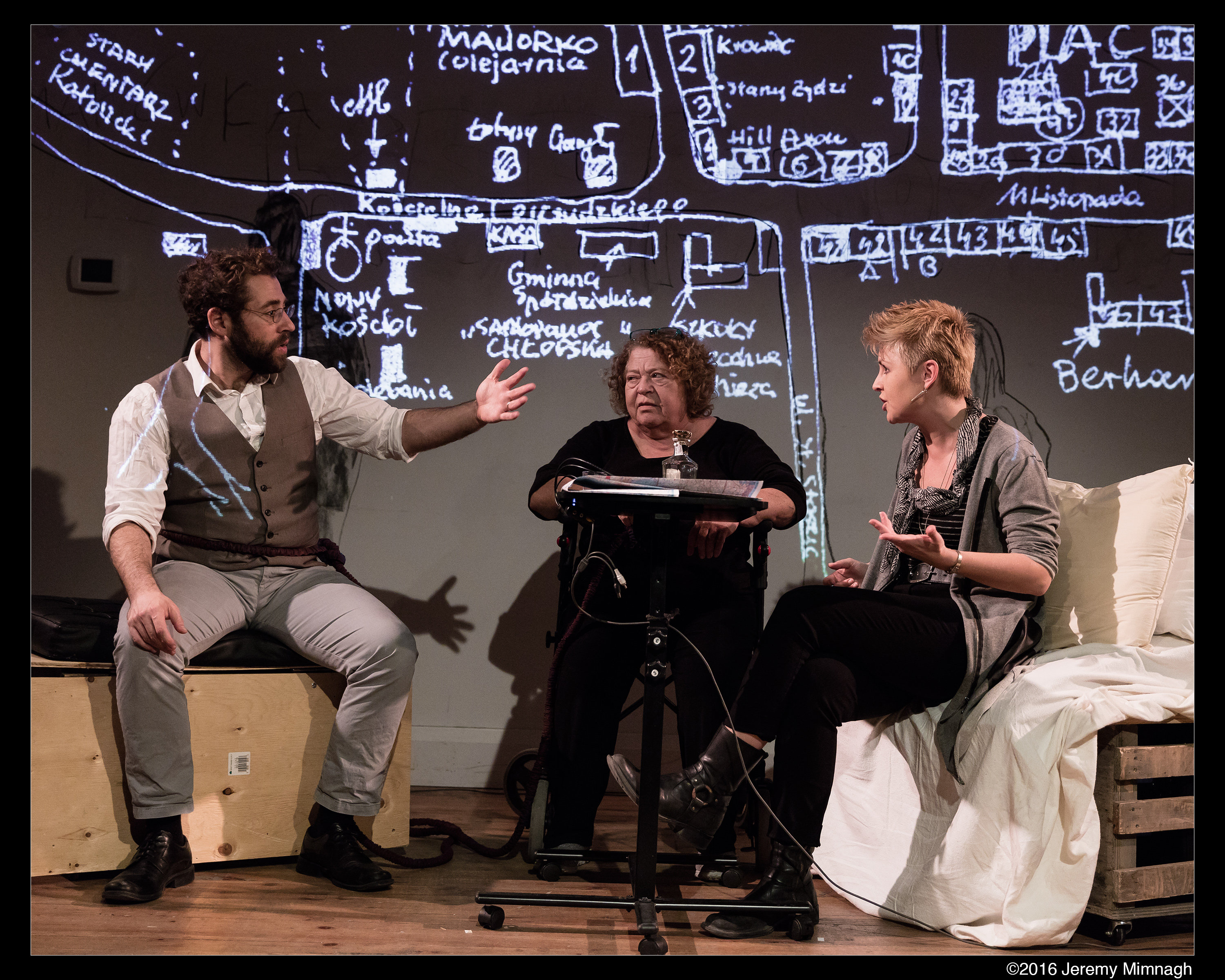 Maps, a cemetery, grandma’s old house and a humanity loving stranger with an affinity for tea give the Factory Theatre presentation of We Keep Coming Back and endearing allure not felt in these parts for a long time. Captivating, intense, and hopeful, this is a play not confined to thematic convention.

Attention Theatre Nation: Everything that can be done on the city stage has not yet been exhausted.

Case in point: We Keep Coming Back.

While most people are quite content to leave the past behind them, this isn’t the case for theatre maker Michael Rubenfeld.  His newest ‘art project’ intrigues more than it simply delights yet the cross ocean journey from Canada to Poland is remarkably designed offering that renews interest in an individual’s personal experience.

The foundation is firmly set with the reality that the relationship distance that has set in between a mother (Mary Berchard) and son (Michale Rubenfeld) is at an apex and a theory evolves that the only way to reconnect if for them to reconnect with the land of their ancestry origin.

Like all family initiatives, it’s easier said than done but when cooler heads prevail and a verbal contract is agreed to, the plan is set in motion for a greater understanding of themselves and the rebirth of a Jewish population barely acknowledged almost three quarters of a century after the Holocaust left a nation in ruins.

A mostly true story involving 4 people that continuously changes is an extension of a broader discussion for the cast. Most attempts at such non-sophisticated framework would likely drag but the mega nifty multi-media innovation that propels the piece—including real life footage—give the conversation untouchable dimension.

Hats off to Katka Rezke in her role for embodying this creation with bold reasoning of the complex shape of identity matters.

Forget about what you’ve been told that you can never really go home.   We Keep Coming Back illustrates that perception is merely subjective.