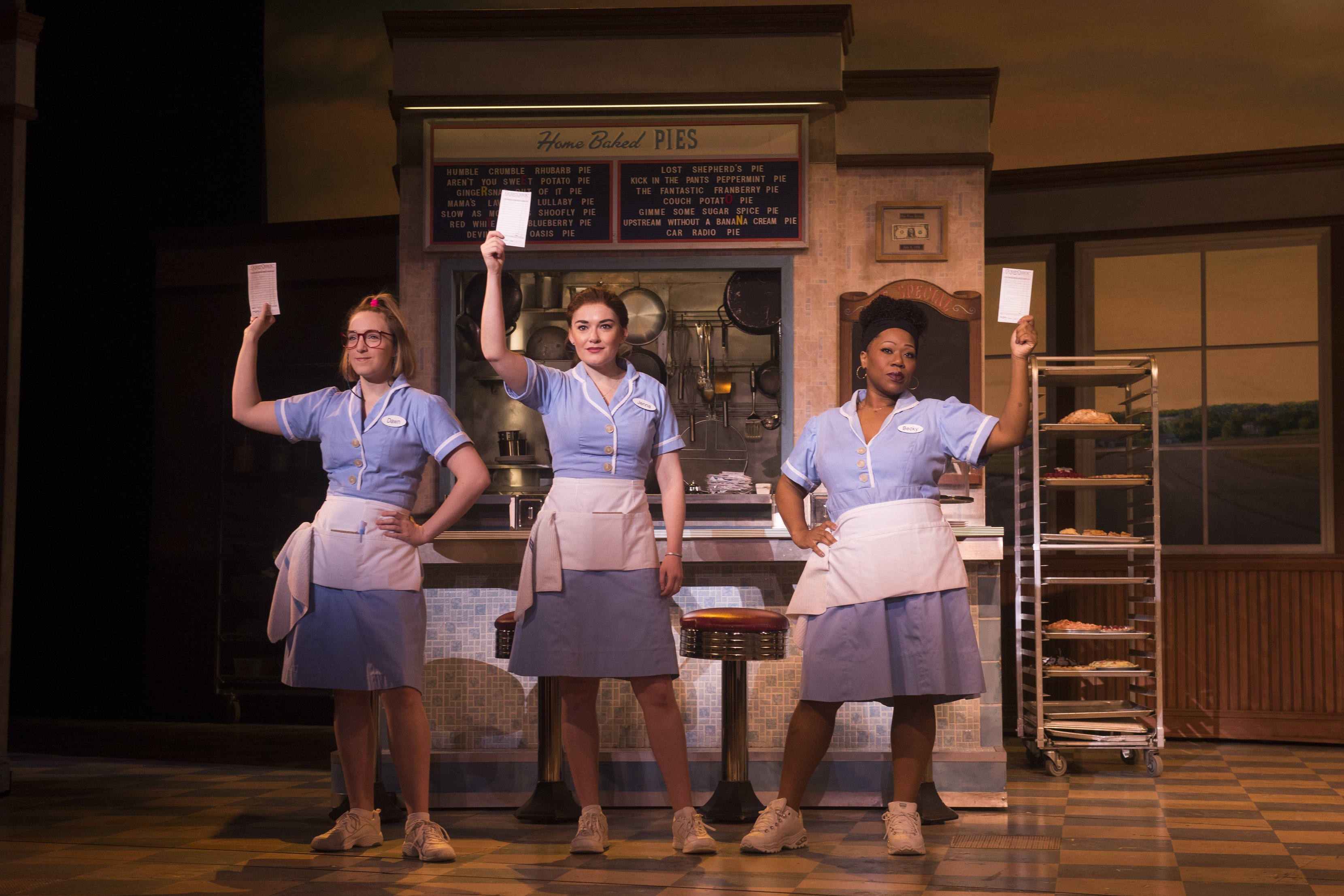 A pie-plexingly delicious play serving up hot humour reminiscent of the better episodes of TV’s Scrubs, Community, and let’s not forget the Broadway smash hit musical Once, Waitress is an easily digestible offering that proves modern musicals continue to make great original strides to capture our attention.

THE FRESHEST SLICE OF MUSICAL YUM

A pregnancy between a wedded couple is usually cause for euphoric celebration amongst family and friends but no so for the husband and wife in storyteller Jessie Nelson and songster Sara Bareilles’ outstandingly entertaining Waitress.   It may not be misery at its core but it certainly does present a difficult dilemma to which there is no easy choice to be made.

There’s plenty of fooling around in this musical staging topped with joyful laughter and remarkable performances, it’s just the desert Toronto’s theatre scene needs in this summer of blockbuster musicals at primary venues.

What’s most tasteful about this show is that it’s not the cookie cutter singing / choreographed production audiences have experienced time and again.   It strikes a deeper chord with female playgoers but their male counterparts need not feel left out, there’s zero risk of ‘estrogen asphyxiation’ throughout the comical scenes boasting more than fifteen musical numbers.

Jenna (Christine Dwyer), the ‘Queen of kindness and goodness’, is in a hard place. The pie maker extraordinaire is confined to a loveless union with loser Earl (Jeremy Woodard) who’s only in it for himself.

A baking competition could map out the financial exit strategy she needs but with a baby on the way there doesn’t seem to be any way out.

She’s got much needed support for apron sisters Becky (Melody A. Betts) and Dawn (Ephie Aardema) at Joe’s Pie Diner but strict boss Cal (Ryan G. Dunkin) wants to see the trio more focussed on the job. These supporting cast members are not only fast on their feet and oh so flavourful to watch.

But her closest ally may be Steven Good’s Dr. Pomatter who finds himself crossing the hormonal line in the birthing process.

More than just a theatre actor, Christine Dwyer brings a heightened cinematic acting style and combined with her remarkable voice, she oozes with greatness in absolutely irresistable numbers such as ‘What Baking Can Do’ and ‘She Used to Be Mine’.

Enough just cannot be said about Melody A. Betts contribution with ‘I Didn’t Plan It’ which is pure accountability dodging fun.

While it’s true that sugar, butter and flower doesn’t equate to peace, love and happiness in Waitress, it certainly does provide the solid base for the freshest slice of musical yum with extra heart added on the side.