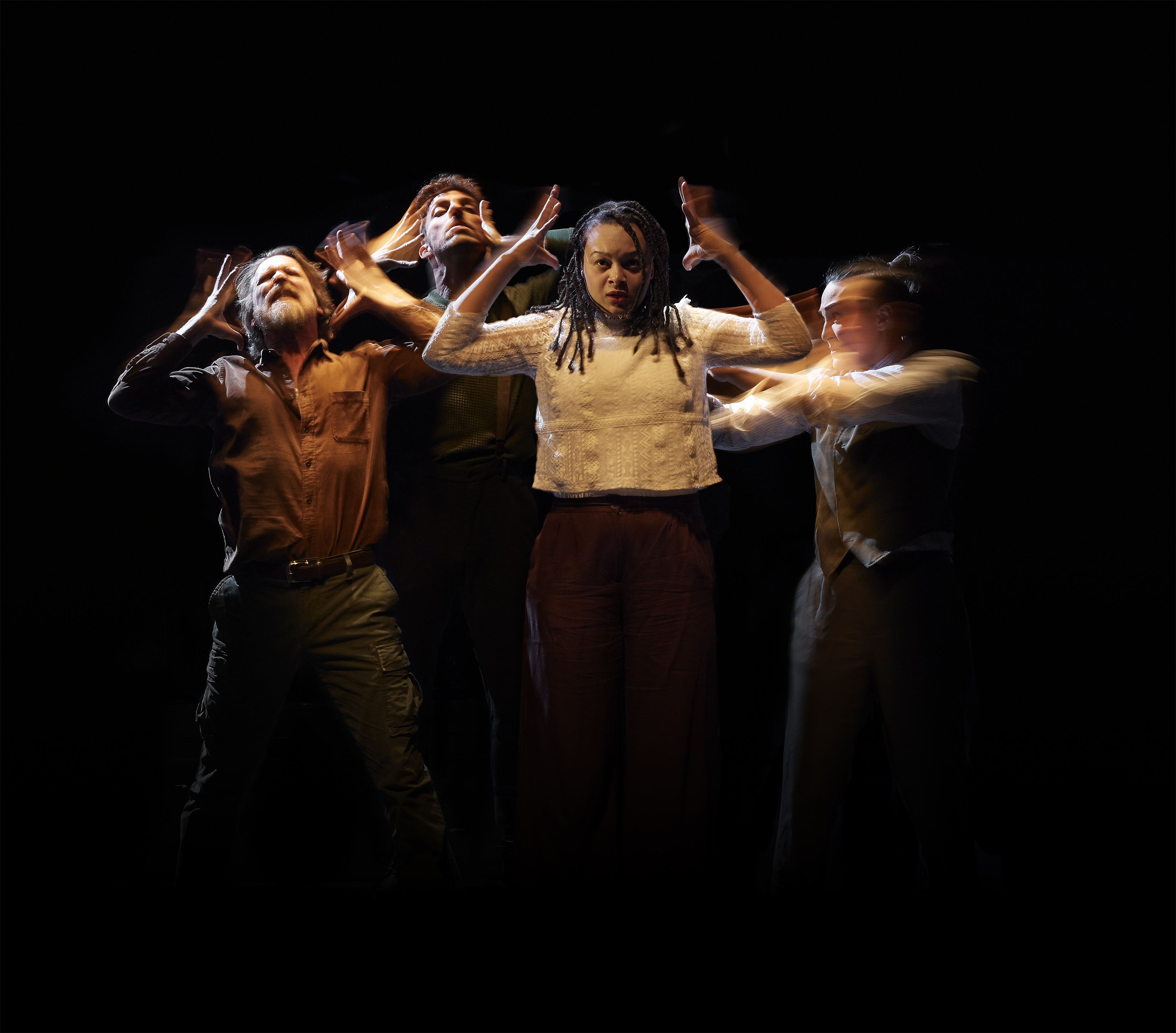 Swift on their feet and in very fine merry musical mode, Theatre Gargantua’s newest creation, Wager, is far more than facetious exploration of a world coming undone at the seams.   If misinformation is the new enemy of the ages there’s no better way to fight the ‘cacophony of strangeness’ than with innovative art.

It’s been surmised that people believe what they want to believe regardless of reasoning, evidence scaling or the reliability of old fashion common sense.

Is this because truth taunters simply love a bit of controversy through flawed convictions or because they find more pleasure in muddying the waters of reality just to witness the rest of us grit our teeth?

Indeed, these are strange times in which we are living and avant-guarde movement masters at Theatre Gargantua are here to save the day with Wager, a highly entertaining pursuit of certainty that has the suspected 16% of the population who doubt the world is round scurrying for cover.

Not only does the company set its logic sites on flat earthers but also their fact impaired cousins anti-vaxxers who have their own distinct perspective of realism.

What’s best about the show is that there are no harsh words for either parities but rather a clever analysis of the shape of things that has come served up with a heap of music, lightening fast character changes and a careful balancing act in positioning of unbiased findings.

Francois MacDonald is comically mad in his game show host moment leaving Stratford native Olivia Croft lots of room to roam in her spotlighted segments as a contestant in need of a lifeline to questions her character cannot know.

Teiya Kasahara’s is a real eye opener when her operatic vocal capability steals a scene as playmaker Michael Spence presents his case that smart people with baseless opinions are equally unfitting as the uneducated with seemingly bright assumptions.

Combining poise and pluck, the certitude squad work the stage with more awe than Haley’s Comet whizzing through the Milky Way galaxy with a smiley faced Albert Einstein himself steering the fireball.

Let’s not forget that whether you’re Charles Darwin, Alfred Wallace, Dunning & Kroger, or a politician driving socio-economic policy—everyone has an agenda and always will.

Don’t be swept away in a tide of deceit when answers to so many of the more significant issues are staring directly at you.