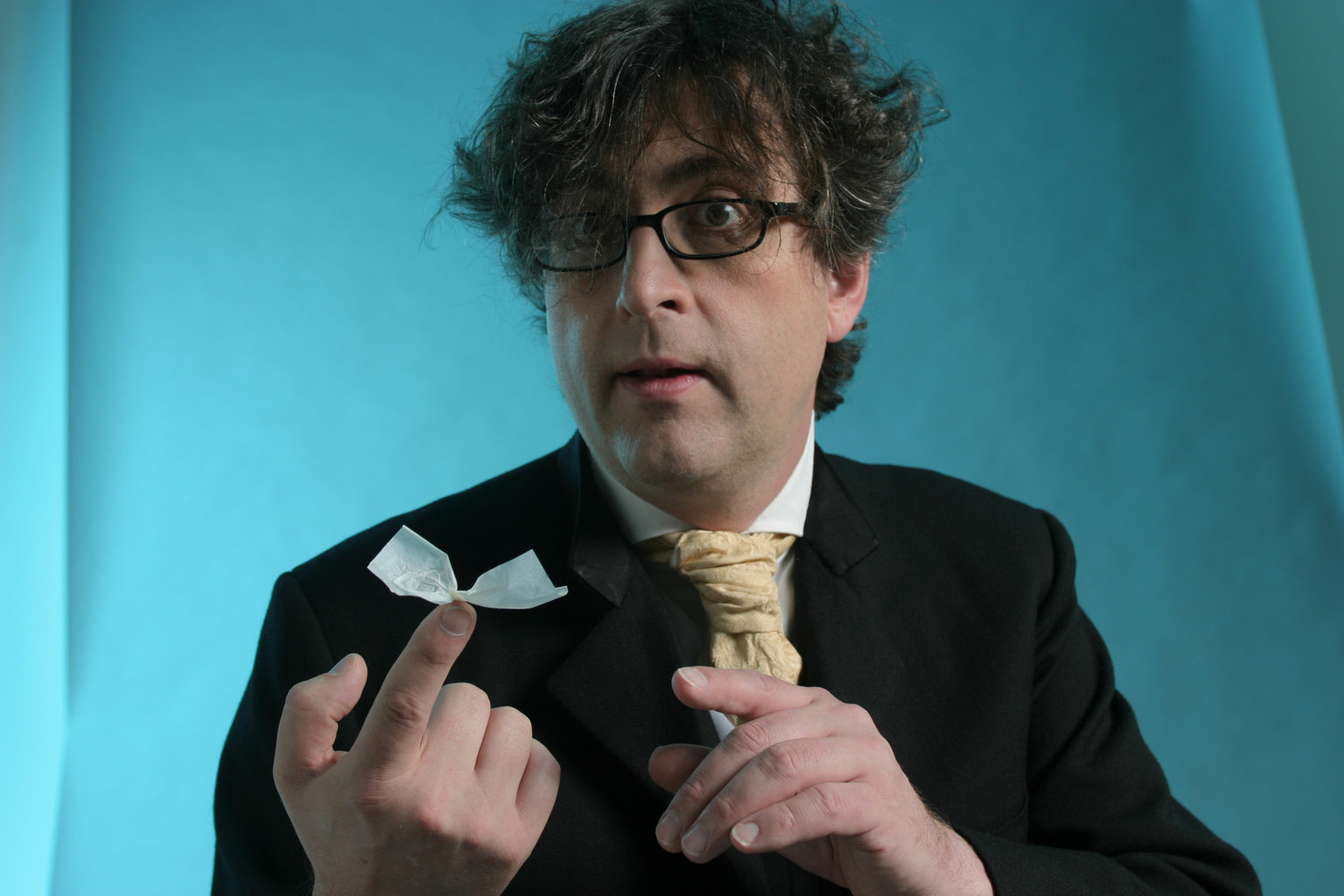 David Ben brings his savvy sleight of hand savvy to the Young Centre for the Performing where ‘Tricks’ is the most desirable treat this holiday season.

NOTHING UP HIS SLEEVE

As a youngster, I remember my father once cautioning me to watch out for people who ask you to share a secret, used car salesmen of any kind and smooth talkers who want to show you a good card trick.

Falling into the latter category, of course, is David Ben.

That’s because he’s the kind of guy who could make a lot of money hanging out at Union Station mingling with stop over travelers with a little extra time on their side. He may not have anything up his sleeve but he’s definitely got something, somewhere.

The return of Tricks, is anti-pomp and pageantry. The stripped down production relies on basic furnishings to accomplish what great all tricksters need to put on a smoking good show.

It goes without saying that his genial personality makes Tricks that much more inviting. David Ben is a classy con, elegant guile, and a cultured shenanigan. Aside from this, he reminds you of that exceptional teacher from high school you didn’t mind talking to in the hall when all other faculty seemed to get on your nerves.

The show gets off to a remarkably entertaining start with an abstract portrait bit until the sleight of hand master then plays a numbers game that leaves your jaw-dropped and head spinning.

Some duplicities work better than others but just when you think you’re on to him, he pulls the unthinkable with mysterious silver rings, Canadian currency pulled from a rolled cigarette, a levitating human body, and a super surprising threaded needles stunt.

Tricks has less to do with theatre but more to do with entertainment. David Ben brand proves the hand isn’t just quicker than the eye, it’s mischievously alluring.