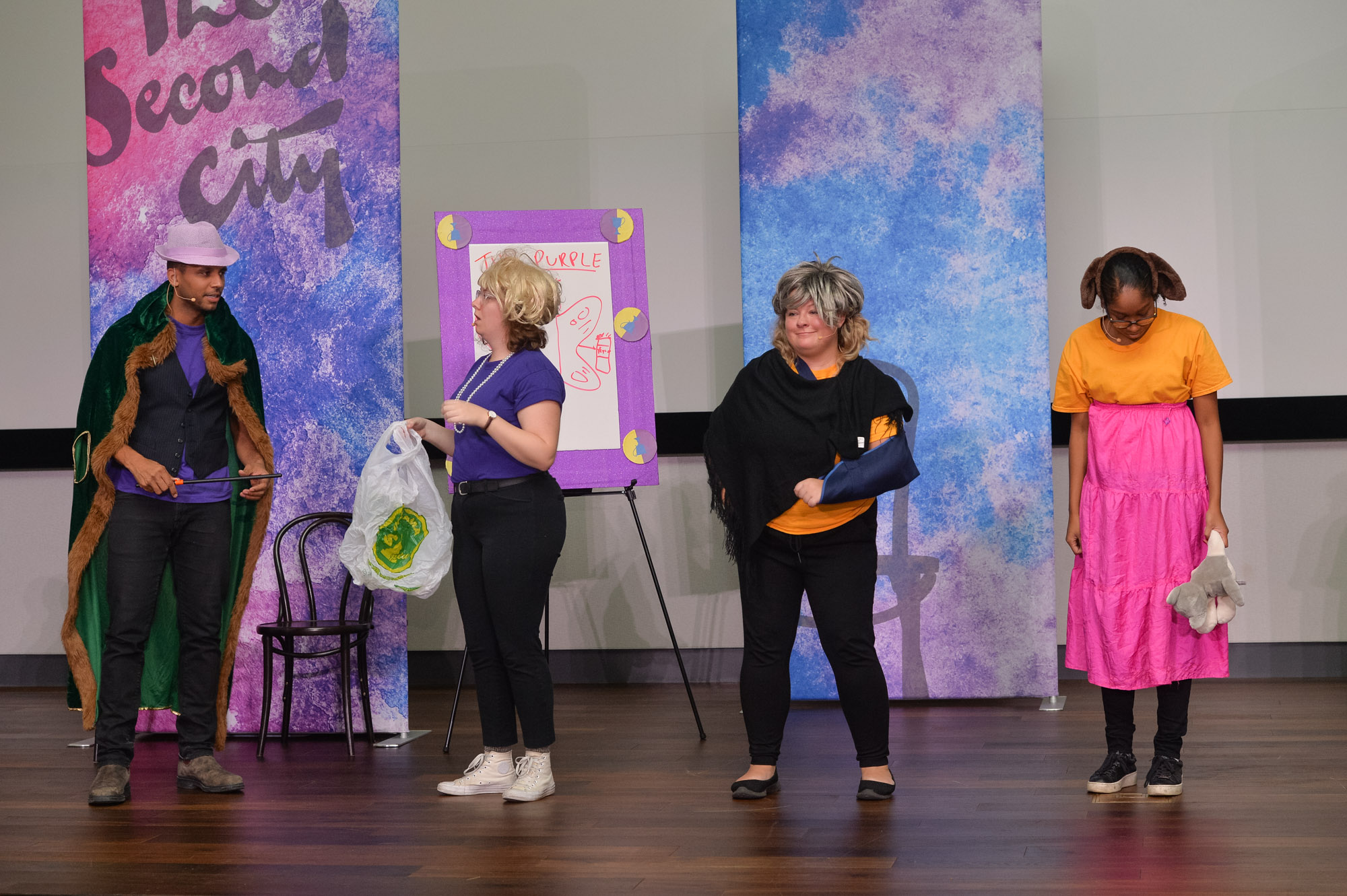 One thing leads to another in The Second City Improv Showdown, a 60-minute family friendly run on stage until January 5, 2020. This new entertainment initiative at Hotel X could be the start of bigger and better things to come along the Lakeshore Boulevard hospitality complex.

TIS’ THE SEASON TO HAVE FOLLY

Unscripted comedy is tricky business for entertainers who walk on stage and make something out of nothing.

When it’s great it’s unforgettable, when there’s room for improvement…well there’s always the next night because no two events are ever the same.

The Improv Showdown is by no means risqué or complicated.   Spontaneous comedy based on preset scenarios give way to smiley strange personas and unpredictable story outcomes. The only thing missing is dancing panda bears wearing Billie Eislish t-shirts

The overtly content Tom Hearn is the show’s host to keep the folly moving forward. You may not book him as the emcee for your wedding or to read the eulogy at your funeral but leaving him off your holiday rum and eggnog bash would just be downright un-Canadian.

Hats off to Second City performers Chelsea Larkin, Andy Hull, Andrew Bushell, and Nkasi Ogbonnah who are in fine form to trigger laughter at Hotel X this holiday season. They achieve what the rest of us can barely dream of attempting—making it up on the spot in front of total strangers and never showing a sign of second guessing themselves.

A showdown means but one thing—both performers and audience members are split into two teams for some hilarious competition to see who walks away with the most points. Enjoy the entertainment from your seat, no need to participate if you’re just there for the smiles.

Music director Nicole Byblow adds a nice touch on the keyboard to weigh in on the competition.   She’s got an eye for talent and an ear for comedy pleasure which keeps the presentation balanced.

Two scoops of silly is an absolute must for the holidays. Improv Showdown is an early present that requires no bow or ribbon.