THE OFFICE! A MUSICAL PARADY 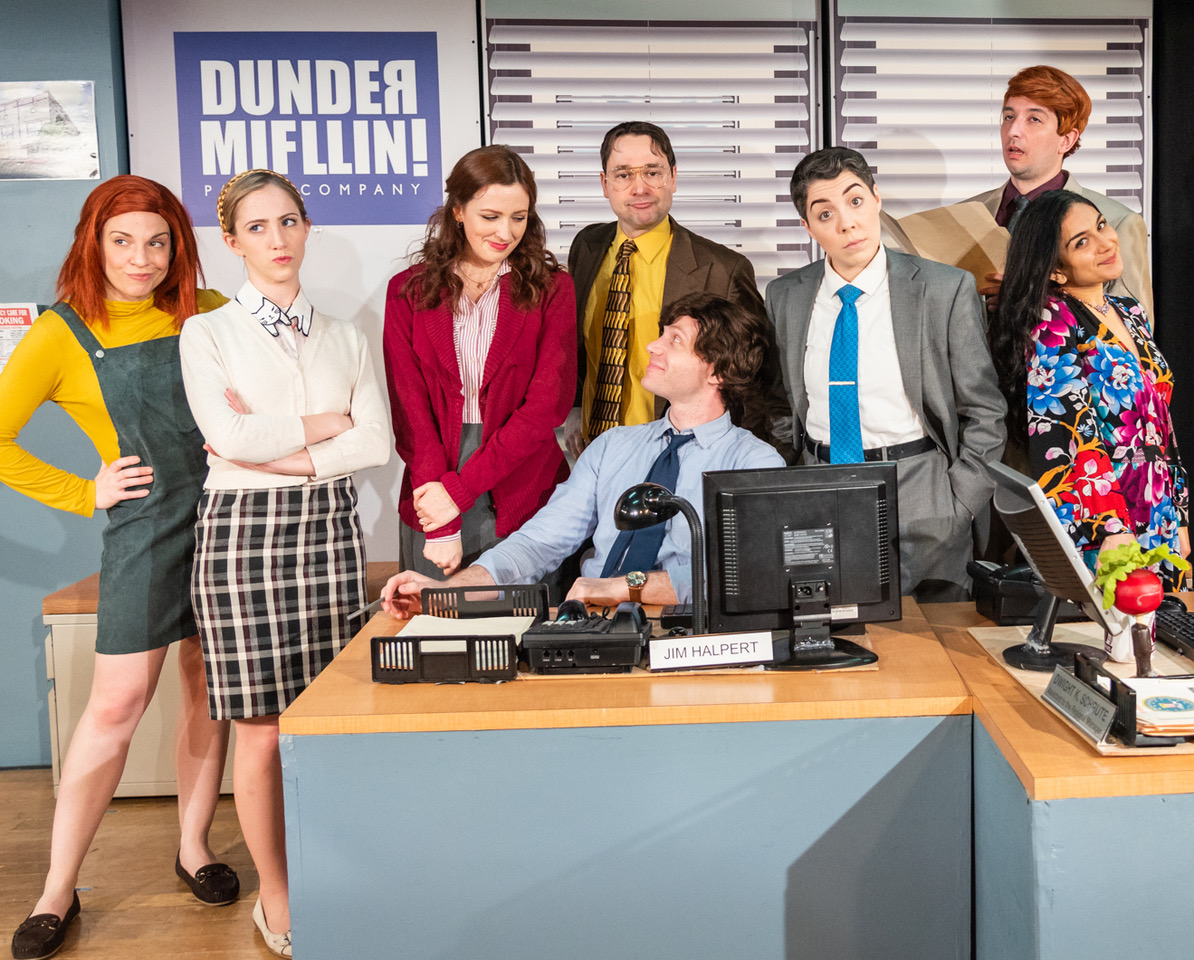 A company of mismatched individuals led by Michael Scott, the totally tactless, insensitive and imbecilic regional manager who somehow still comes off as loveable, combines the asides and straight-to-camera monologues of the TV show’s ‘mockumentary’ style and the razzle-dazzle of musical theater with hilarious results.

GETTING DOWN TO BUSINESS THE RIGHT WAY

There is no such thing as a ‘perfect’ office setting regardless of the feeling of euphoria working for reputable organization.

You wouldn’t know that in Bob and Tobly McSmith’s hysterically funny The Office! A Musical Parody where arrangements are more rewarding than pay day, the comedy is more appealing than a promotion, and characters are far more gratifying than one week in extra vacation.

This is a show that promises all and delivers even more.

Created by the same duo that gave us Friends! The Musical Parody and Bayside! The Saved By The Bell Musical, the Dunder Mifflin crew are looking finer than ever in this unofficial stage folly.

With songs such as “Scranton: The Electric City,” “Why Is There a Camera Crew?,” “Welcome to Diversity Day,” and, of course, “That’s What She Said!” you know you’ve found a musical home worth smiling about.

If you are a fan of the hit tv show, this is a must-see production. Original and right on the mark from beginning to end, the cast is incredibly talented, the writing is super clever and the music is totally terrific.