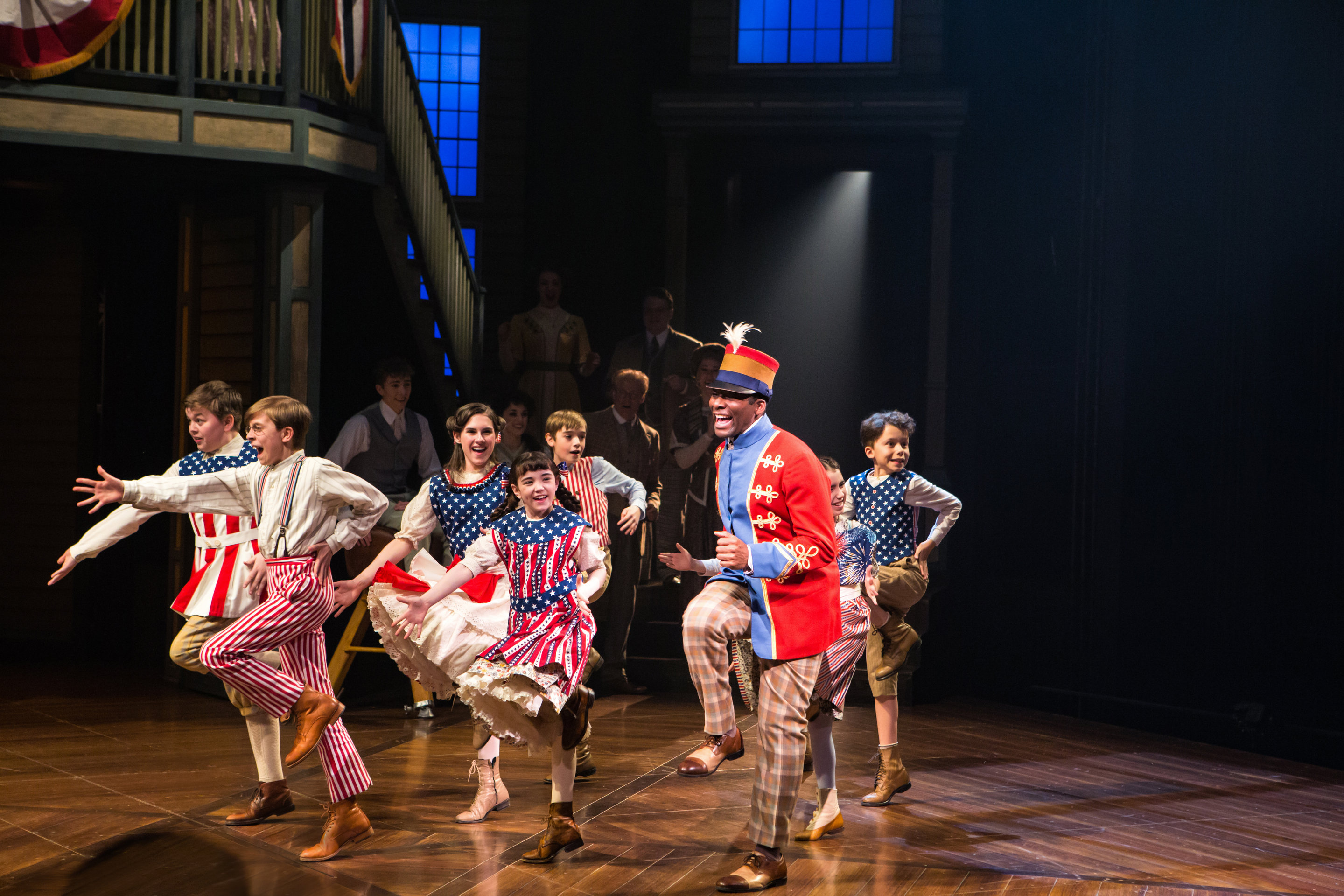 No need to ‘watch your phraseology’ in the The Stratford Festival’s presentation of the Music Man on stage until November 3, 2018 where one man ‘slippery than a Mississippi sturgeon’ causes quite the stir in small town America.

Not a Sousa march or a “think system” or moral uplift for the town’s pool-hall-imperiled youth.

And The Music Man, on now at Stratford’s Festival Theatre, has more esprit de corps in its piccolo-playing pinkie fingers than you might find in the entire bodies of a real brass band.

The familiar tunes here might be Willson’s, but the visuals are a bracing blare of Sousa’s “Stars and Stripes Forever.” A troop of adorable kids and the harmonies of a well-seasoned barbershop quartet soften the effect.

Don’t expect to re-live the cinematic offering of yesterday in this theatrical staging. It has a completely different look and sound the 1962 silver screen offering that came before.

But that’s not the point of a Fourth of July parade of this show, Willson’s one Broadway hit.

Tourists descending upon South Western, Ontario should huddle up and salute Stratford’s happy march down Main Street with a loud and boisterous hip, hip hooray.