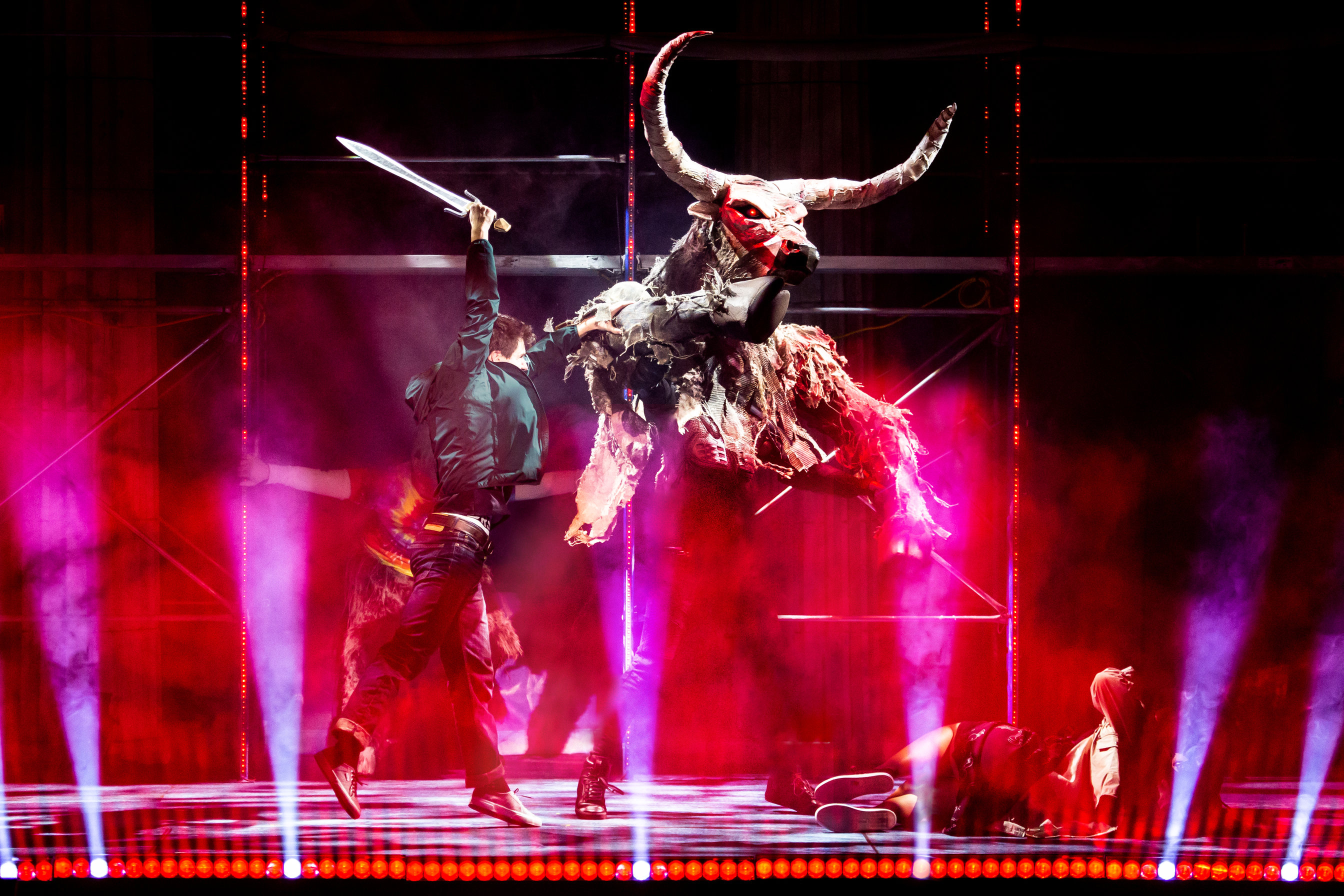 If the theatre gods are listening to your prayers this month, they’ve clearly responded with The Lightening Thief at the Ed Mirvish Theatre until March 24, 2019.   Great songs, great moments as well as an all around great story make this offering a high voltage pleasure for the family.

Getting kicked out of 5 schools in 6 years totally sucks.

Unless, of course, you’re a ‘half blood’ like Percy Jackson, the valiant sword swinger who prevents a war in Joe Tracz and Rob Rokicki’s mmagnificent usical The Lightning Thief.

Otherwise it just proves to be destiny or something even more grand.

The production, which comes with flashes of hooky songs from varied genre flavours, is tween heaven. And when you let yourself go in this creatively electrifying show and the vocal power of it’s lovable cast that’s here to win your heart, you know you’ve got the best seat in town.

That’s because it’s got a dab of Rocky Horror Show fun, with a touch of Stranger Things youth appeal to make the scenes go the full distance.

Chris McCarrell in the title role has got some notable Emo elements to both his songs and character and the performer is cooler than cool as ‘half blood’ Percy Jackson, a good kid whose had a bad run.  His summer camp quest to discover his godly father has you cheering for his orbit of friends from start to finish.

All of this taking place within a scaffold set that relies an intrepid illumination strategy to tease the iris.

There’s no escaping the persisting themes of friendship, family and the search for that special place where we truly belong. The Lightening Thief is a shining example of putting a new narrative twist to conventional family issues.