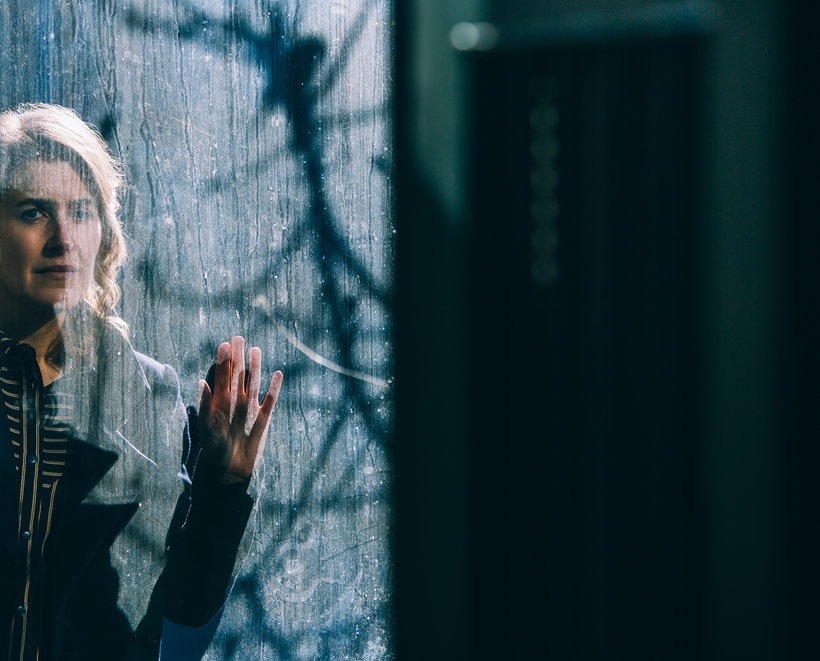 Having made its debut at the 2018 Halifax Fringe Festival, verbatim monologues crafted from interviews with those that have made contact with spirit creatures has arrived in The Ghost Project, on stage now at Theatre Centre until January 26, 2020.

It’s anyone’s guess whether or not ghosts wander among us.

If authentic, why do only a few come around for welcomed visits? Why do others seem intent on giving people a frightening experience? And why is it the overwhelming majority who have taken their last breath just not both at all?

Storyteller Karie Richards doesn’t spend any time investigating answers to those questions but this an artist who has been deeply touched by tales of unexplained experiences of more than a dozen people who are convinced they gave experienced a presence. She a believer, firmly grounded in the material, and earnest to present her findings.

The Ghost Project is not a show to win you over but does invite you learn about the spiritual guests that pop by for guidance, help, and perhaps redemption.

Which is why she deserves a tip of the hat for her paranormal pride in the disclosure of a grandfather checking in to say goodbye, a little girl tugging on a coat to assert her happiness, and wife sitting at the end of bed just to make sure those sleeping are comfortable.

All of which is done by shifting into a variety of characters adding an appealing dimension to the production.

Despite the lighthearted nature of the piece, it’s spooky stuff when so many people have shared similar afterlife encounters.   Her benevolent handing of the material does trigger an eye brow lift sometimes making you desire your own personal appointment with a deceased loved one.

What would serve The Ghost Project better is to frame it as a ‘mostly true stories’ with a few fictional instances to secure some genuine heebie-jeebies via shadows, a moving candlestick or even some foot step sound effects.

However, if you fancy an intimate dialogue exchange alone to pique your interest, this one will give you germane specifics to debate for the ride home.