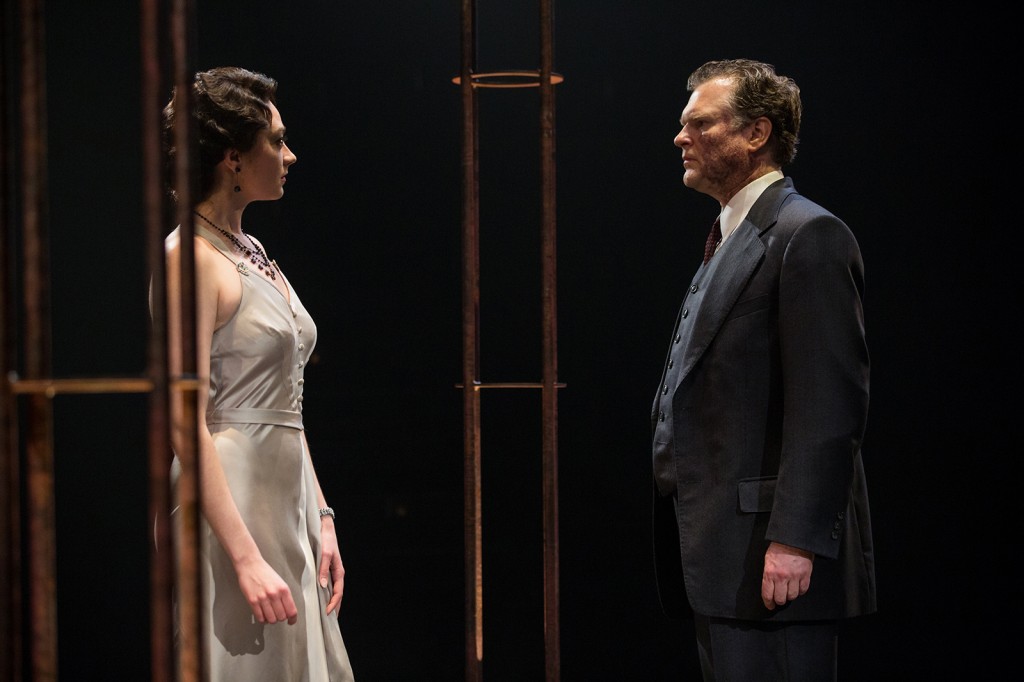 Are we all just pawns in a bigger game? That’s one question playgoers are asking themselves after watching Mikaela Davis as Beatrice-Joanna (left) and Ben Carlson as De Flores (right) in the Stratford Festival’s production of The Changeling on stage until September 23, 2017.

Truth be told, we’ve all been stumbled by the desire of…you know…not wanting someone around after the novelty has worn off.   There’s just no longer a place for that person in our life and it’s better to move on without them.

What we never do, however, is act on impulse to bring an end to their very existence.  Police ask too many questions, lawyers cost too much money, and let’s face it that family gathering at the dinner table never brings about the smile it once did.

Now considered a masterpiece of Jacobean drama, The Changeling, a rarely performed work from 1622 is a steely morality play the underscores the fact that we all must answer for our sins once we go down a dark patch of deception and wrongdoing.

And while tragedy and comedy are often said to be two sides of the same coin, there’s no turning away from the humour that surfaces from the bad behavior in the Stratford Festival’s shocking presentation.

It’s almost as if Beatrice-Joanna (Mikaela Davis) can cast a spell on a man from 50 paces with a young nobleman named Alsemero (Cyrus Lane) falling head over heels for her.  The feeling  seems mutual.

A calculated admirer, De Flores (Ben Carlson), gets too close for comfort and Beatrice-Joanna seizes opportunity to have him correct matters on her behalf.  He places wealth after morbid pleasure, she becomes a woman dripped in blood and soon they’ll be learning that no extended favours come without strings attached.

Director Jackie Maxwell works wonders in the Tom Patterson Theatre’s unique arena space in this tale that lends itself to the idea that love can blind one from the truth.

Not for the theatrically weak at heart, The Changeling demands your attention through complex language streams much like a Shapearean work requires of its audiences.  A memorable theatre experience just the same.