THE BROWN BULL OF CUAILNGE 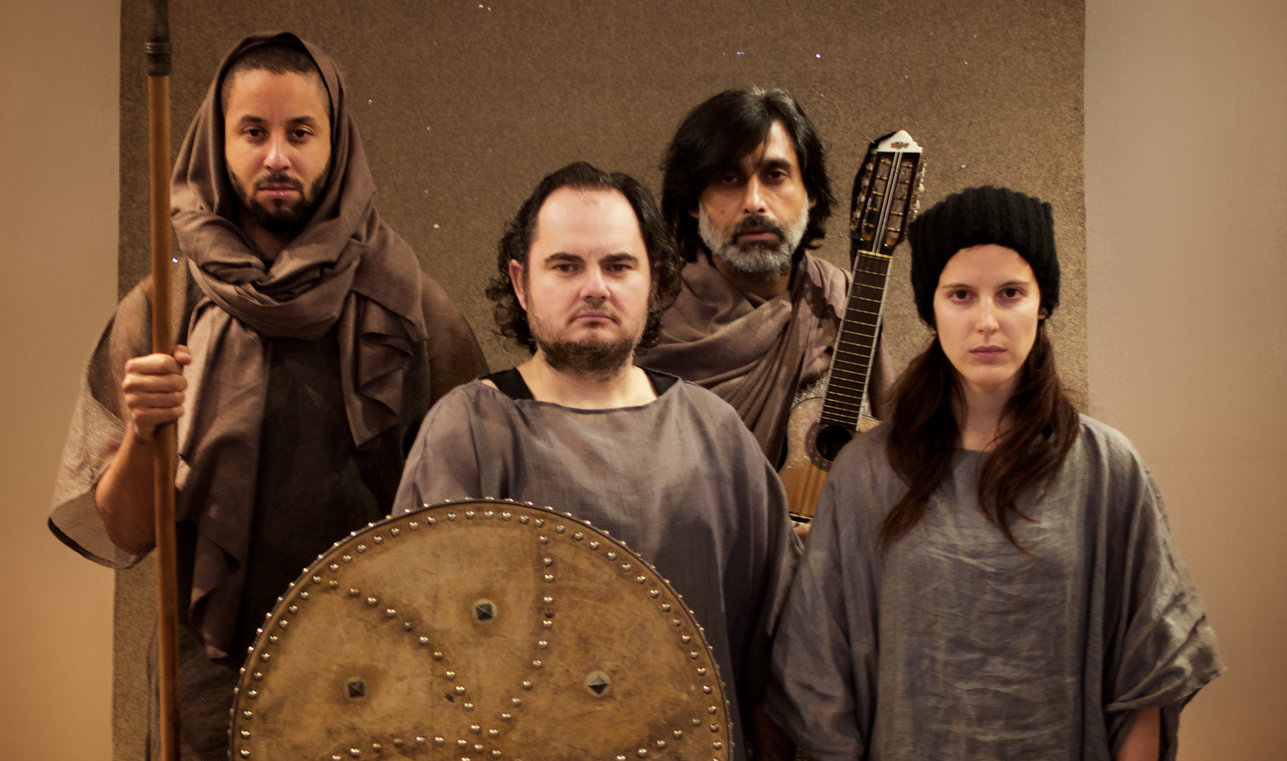 From left to right, Antonio Cayonne as Ath, Dylan Roberts as Fergus, Anand Rajaram as Brug, Gabriella Colavecchio as Muirgen are by no means guilty of ‘forging stories in the dark’ in ‘The Brown Bull of Cuailnge.’

Many of us know what it feels like to lose our way in today’s concrete jungle. But have you ever thought about what that would have felt like on an open terrain centuries ago in a land far, far away?

Irish folklore loving playwright Neil Wechsler has and responds with a ponderous character study of a four lost military men who just want to catch up with the rest of their company.  Theatre makers The Room gives the story an exemplary production on Queen Street East and if it doesn’t make your hands on a middle ages map of the Emerald Isle it’s not likely anything will.

‘Without myths we are lost…lose the myths and we lose ourselves,’ asserts Dylan Roberts as the perpetually exiting Fergus.  Although this wandering drama is more of a focal point to peat, stars, time and immortality, it does ask the question if we can accept a world without stories.

True to restless soldier form, the this journey in question is hightlighted by endless squabble about life which isn’t always audience engaging but nevertheless harmonizes itself with Irish narrative structure which always boats plenty of talk.

One almost immediately expects to see some physical violence to ensue but it doesn’t.  Instead director Geoffrey Pounsett and designer Andjelija Duric decide to double down with escalated tension with the characters at one point questioning what it is they’re even fighting for.

In lesser hands than this thoroughly committed cast, the material might seem considerably heavier than it is.  Even so, The Brown Bull of Cuailnge isn’t exactly a welcome mat for theatrical novices as this one demands undivided attention from start to finish.