THE BOOK OF MORMON 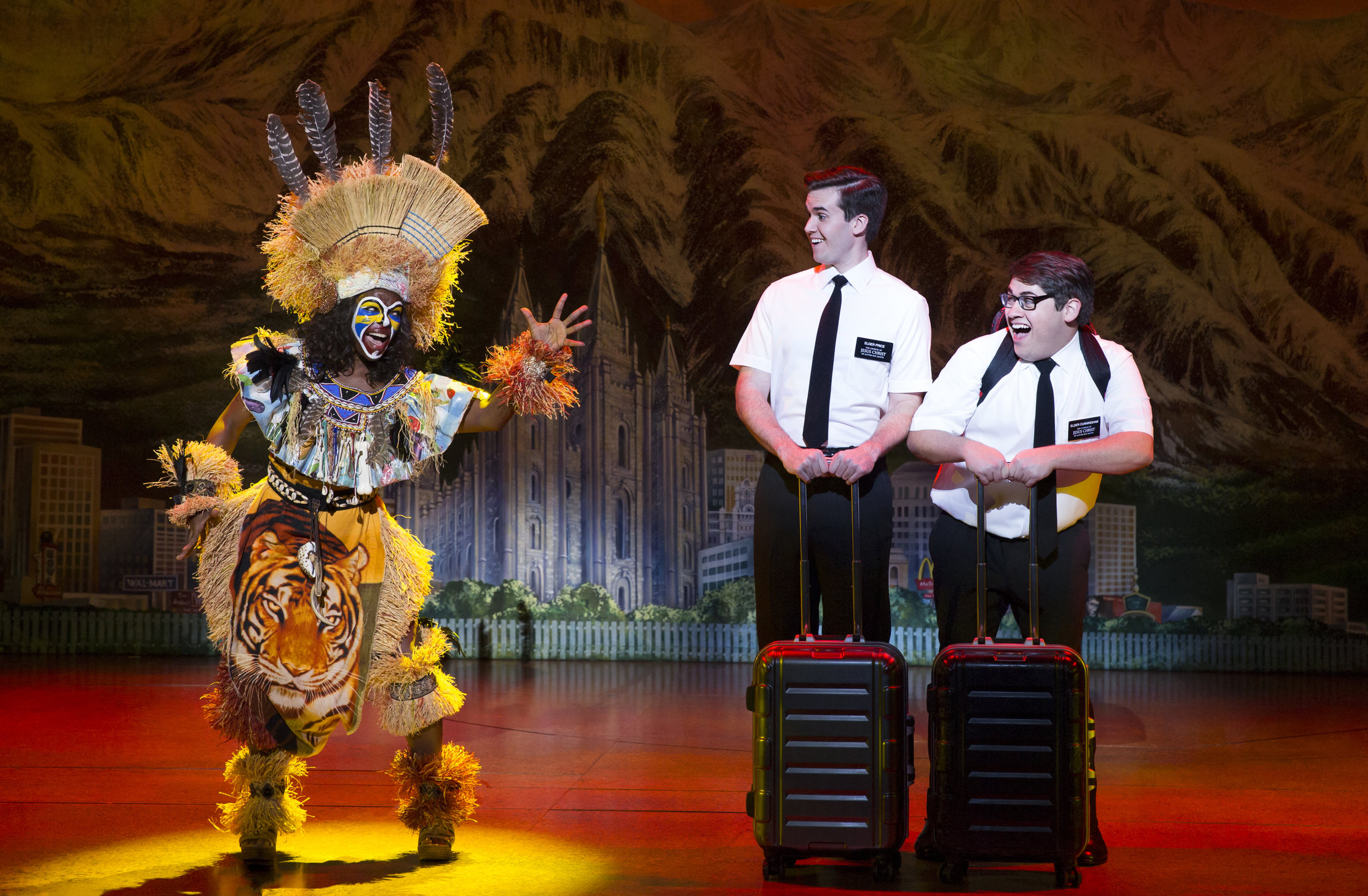 Luscious lampoon artistry comes alive in The Book of Mormon which serves as a testament to the rewards of never giving up. This one rains hilarity and poignancy with celestial reverence.

An unspoken rule most of us learned a very long time ago is that you don’t jeer a person’s belief system no matter how different it may be from our own. That’s because the right thing to do is to show some R-E-S-P-E-C-T otherwise it’s going to be someone else giggling at a message we hold deeply in our own hearts.

The Tony Award winning The Book of Mormon strays from this moral protocol in a blisteringly funny show that’s a bit a pulp learning tool, more about 10 believers on an African assignment and in some ways a whole lot about touching the hearts of those who may not benefit from its teachings.

The final result has Saints and sinners flocking to the Ed Mirvish Theatre this month for an event that has turned musical theatre inside out and upside down with a myriad of sensational show tunes that shake the very foundation of satire as we know it.

Truth be told there are no sacred cows throughout the foul language folly and handful of scenes that some do-gooders may find mildly inappropriate.

With that said, the rest of us simply can’t get enough of this heavenly staging that really celebrates faith and achievement more than it attempts to poke fun at any identifiable group of God-fearing peeps. It’s sound, daring and thoroughly delightful all rolled into one hard cover of awe!

Which is why Elder Price (Liam Tobin) and Elder Cunningham (Jordan Matthew Brown) have mountain high challenges ahead of them far greater than the one’s they left in the promise land of Salt Lake City, Utah.

Fresh off a plane in Uganda, the soon discover there’s going to be some miracle working if they are going to win over a village and update the organization on their progress.

Desperate times lead to desperate measures and that’s where a dose of vibrant imagination comes to ensure that success is within reach.

Get ready for the ultimate smile maker when the cast floods the stage to sing ‘Turn It Off’ and ‘Man Up’ hits all the right notes inspiring faux-pas ownership.

And if the ‘Spooky Mormon Hell Dream’ doesn’t make you repent for the past, you are clearly rolling the redemption dice at your own free will.

Never before has such a swift moving juggernaut like The Book of Mormon moved the masses in a single direction without divine intervention proving that Trey Parker, Matt Stone and Robert Lopez may just go down in history as the 21st century Messiahs of musical theatre.