THE BARONESS AND THE PIG 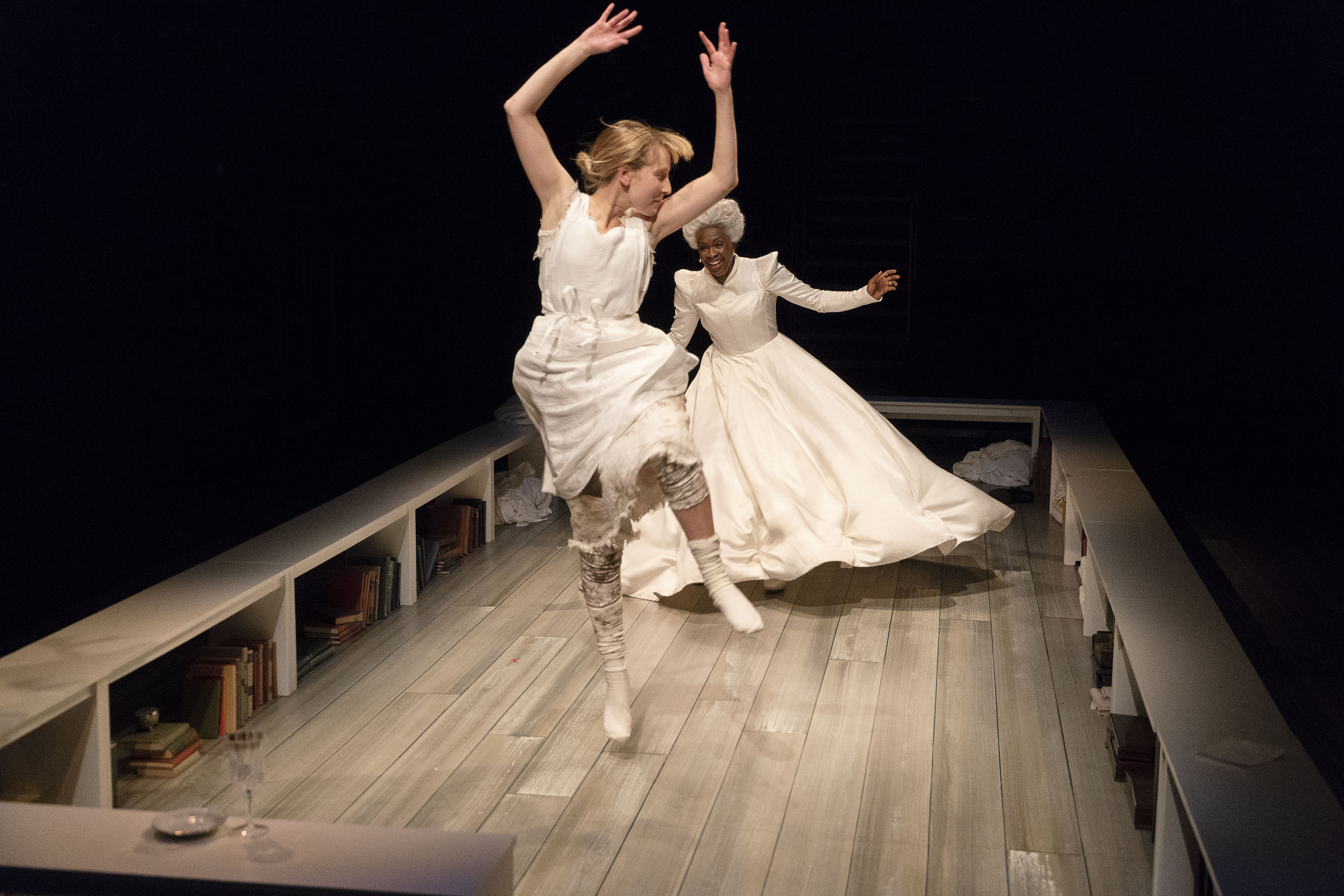 Julia Course (front) as a mono-sylabic maid in the making enjoys a lighter moment with Yanna McIntosh as Baroness (back) in an exercise to ‘act properly’. The Shaw Festival presentation of The Baronness and The Pig plays the Studio Theatre until October 6, 2018.

Truth be told, Michael MacKenzie’s two hander based on characters by Catherine Fitch and Marion Day will solicit one of two specific points of view—you’re gonna love this or you’re really going to hate it. Sadly, there really is no in between.

That’s because theatrical tastes are mostly fixed with semi-flexible expectations providing one knows what one is about to experience.

Daring, touching, and moving, The Baroness And The Pig is a relationship expanse that you don’t see coming and despite the absence of rising action or conflict resolution, it’s a graceful sample of art that need not follow anecdotal conventions to make an artful point.

Perhaps that’s why voices in some circles are referring to Yanna McIntosh (Baroness) and Julia Course (Emily) the Uncontested Ladies of Summer for their rare achievements in womankind’s need for everyone to have a special friend to look for them in a circumstantiated drama where culture collides with invalidness.

McIntosh’s Baroness isn’t the kind of neighbhour that’s going to knock on your door and as to borrow a casserole dish nor is Course’s Emily the person you want making latte’s at your local Starbucks on that day you’re in a rush to get to a meeting. Yet together they embark on a slow, progressive learning curve aimed at acting properly but for speech challenged Emily, societal entrance is not a doorway that’s easy to find.

Course’s character curiosity and discovery is wondrous to watch while McIntosh’s firm but patient instructor figure draws close to the line of heartless tyrant but makes the crossing.

All they have in this aurally gratifying exchanges is each other. Director Selma Dimitrijevic illustrates that this is a beautiful thing when it comes down to it.

The Baroness And The Pig asks a lot from its audience without delivering exceptional the highest reward when the lights go dark. Millennials might have a hard time feeling engaged but Gen X’ers and Boomers effortlessly see the story’s sense of purpose in spades.