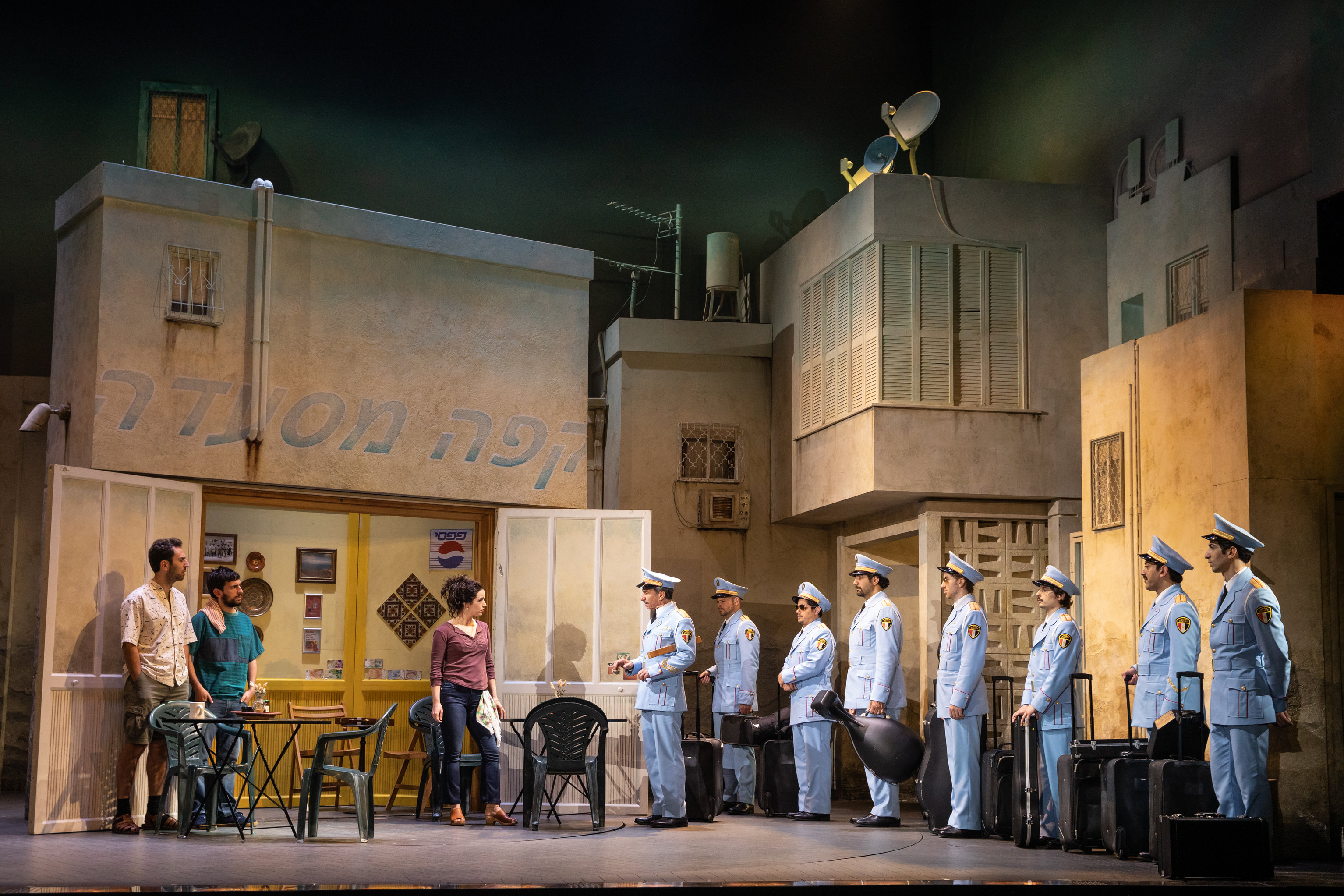 Based on a true story and avoiding the carbon copy design of big budget musical theatre The Band’s Visit is a undeniably unique event that underscores the power of music as a unifying force that transforms strangers into friends.

It could be said that the most priceless brand of storytelling is the one that provides us a deeper perspective as to who we are.

While a real life stopover in a small Israeli town in 1966 doesn’t sound like it would have the necessary components to achieve this, golly gee ain’t it amazing how fortunate misfortune can make an audiences feel.

‘You probably didn’t hear about it. It wasn’t very important,’ defends Chilina Kennedy as Dina at the beginning of the show.

Perhaps not on the surface but below the anecdotal enamel of an Egyptian traditional orchestra having to rely on the kindness of unsuspecting hosts, the human experience is captured in vivid harmony.

Which is precisely why the 2016 melancholy original production went on to scoop 10 Tony Awards including Best Musical. This incredibly absorbing tale can move as slow as molasses when it wants to yet pacing is all part of the stage awe theatregoers are left with when its time to go home.

That’s because The Band’s Visit, visually distinct and packed with immeasurable charm, bypasses cultural and political divides to show how strikingly beautiful the act of giving can be when cultures come together with dignity and respect through something as simple as song. Toss in a romance angle and the story is a slice of middle Eastern heaven that moves in its own way.

The all important take away is that everyone needs a helping hand at some point. Not only is it in all of us to give it but the personal growth opportunity that results is a relationship foundation that can endure the test of time.