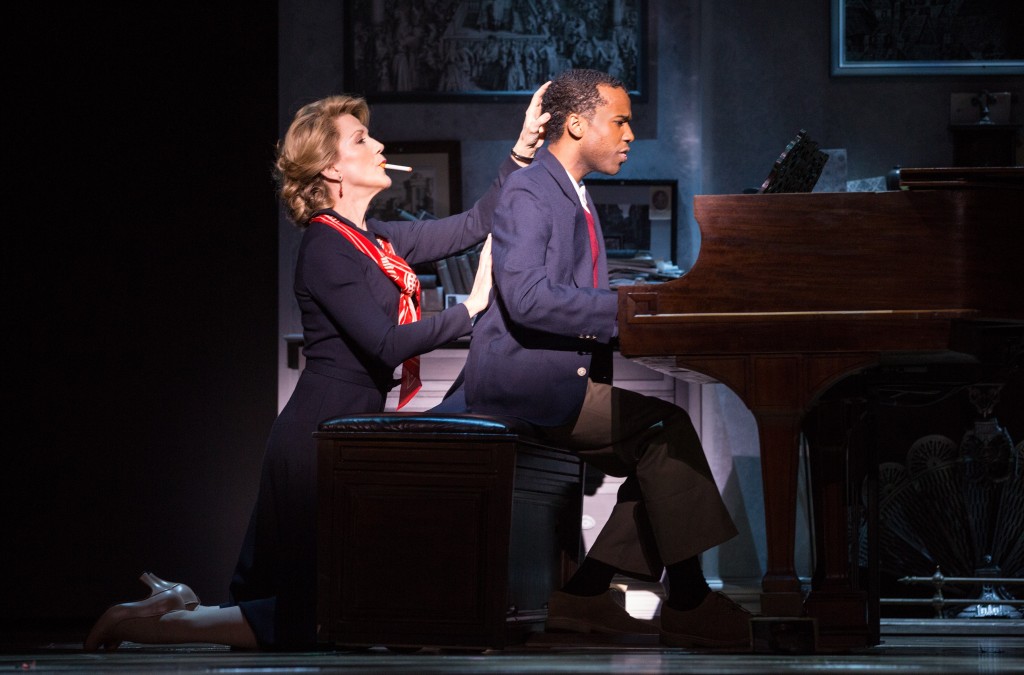 There’s nothing like that feeling knowing that someone has your back.   Victoria Clark (left) and Jordan Barrow (right) star in Sousatska A New Musical on stage at the Elgin Theatre.

When you’re a restless teenager bound by high expectations, it’s not uncommon to wish that your parents were just like everyone else’s.  Sixteen year old Themba’s (Jordan Barrow) freedom fighting mother and incarcerated father certainly has the musical prodigy in a tough spot as his new life unfolds in 1980s London far away from the violence of Apartheid  in his native South Africa.

And when you’re a classical piano instructor investing hopes and dreams in the future of your students, it’s not always easy let go no matter how hard you fight that inner voice to do so.

“It’s not fair! I want to do what’s right for the boy…if I left him perform I will lose him,’ deplores Madam Sousatzka  (Victoria Clark).

But like the old adage instructs—if you truly love something, you’ve got to set it free.

The musical adaptation of the 1988 British film starring Shirley MacLain is a triumphant staging with style and sophistication galore. This touching tale of a generation gap with similar histories is what cherished stories have been made of throughout the generations.  Depictions of the struggle, the bond, the trust and the goodbye will tear jerk some while inspiring others to pursue a self-sacrificing spirit to benefit those who would otherwise be left behind.

Songs such as Music Is In You, The Life I Left Behind, Gifted and Let Go serve as exceptional aural hooks drawing you deeper inside the narrative with sheer splendor.

Make no mistake music is indeed a powerful element that ignites and keeps us alive.   Welcome back Garth Drabinsky, we can’t wait to see what you have up your sleeve for us next.