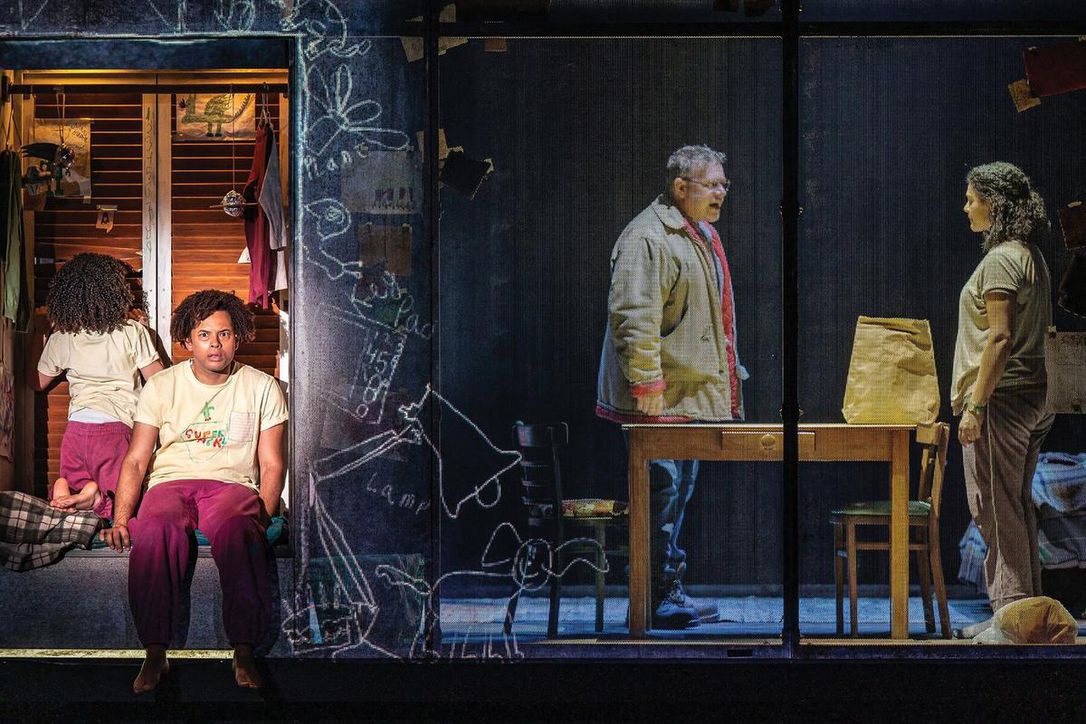 Inspired by the true story of of man that held his own daughter captive on his property in Austria until his 2009 conviction, Room, a novel by by Emma Donoghue and adapted for the stage, is hard lesson learned about the unspeakable evil in the hearts of others.

If that sounds too heavy for an uplifting theatre experience, don’t be intimated whatsoever.

The production is a fictionalized account of this tragedy and delivers a much bigger narrative starring Alexis Gordon as Ma and child actors Levi Dombokah and Lucien Duncan Reid in rotating performances as Jack.  Its everything you want in this story of hope and survival with a happy ending with a handful of gorgeous songs that will keep you engaged in every scene from start to finish.

The narrator of Room is Jack (and adult version to accompany the younger version), who has spent his entire five years in small, single space with his mother. He’s never seen the world outside, but thanks to Ma’s imaginative nurturing, he doesn’t know what he’s missing in his small domain of a shed with an electronic locked door and small skylight above.

Jack accepts their narrow existence, unaware that Ma was abducted seven years earlier, his father the kidnapper who still rapes Ma almost every night. Old Nick, played by Ashley Wright, is an abstract threat, the man who drops off the food and supplies, and beds Ma without unconsent at Old Nick’s convenience.

The most powerful parts of this staging is the confined space of a shed in which playgoers are feel the emotional density of the relationship between Jack and his mother. It’s the part of the story that the real life news story could never deliver and the kind of place that fiction has the power to conjure.

When freedom finally seems like a reality in  ACT II and Ma is returned to her own parents with her child, adjustment is anything but easy. Ma and Jack discover true happiness seems more elusive than their life in captivity.

There is tremendous  beauty and love that permeates from  this staging.   You will feel good walking away but like every nightmaric journey, its just a matter of riding out the emotional desperation.