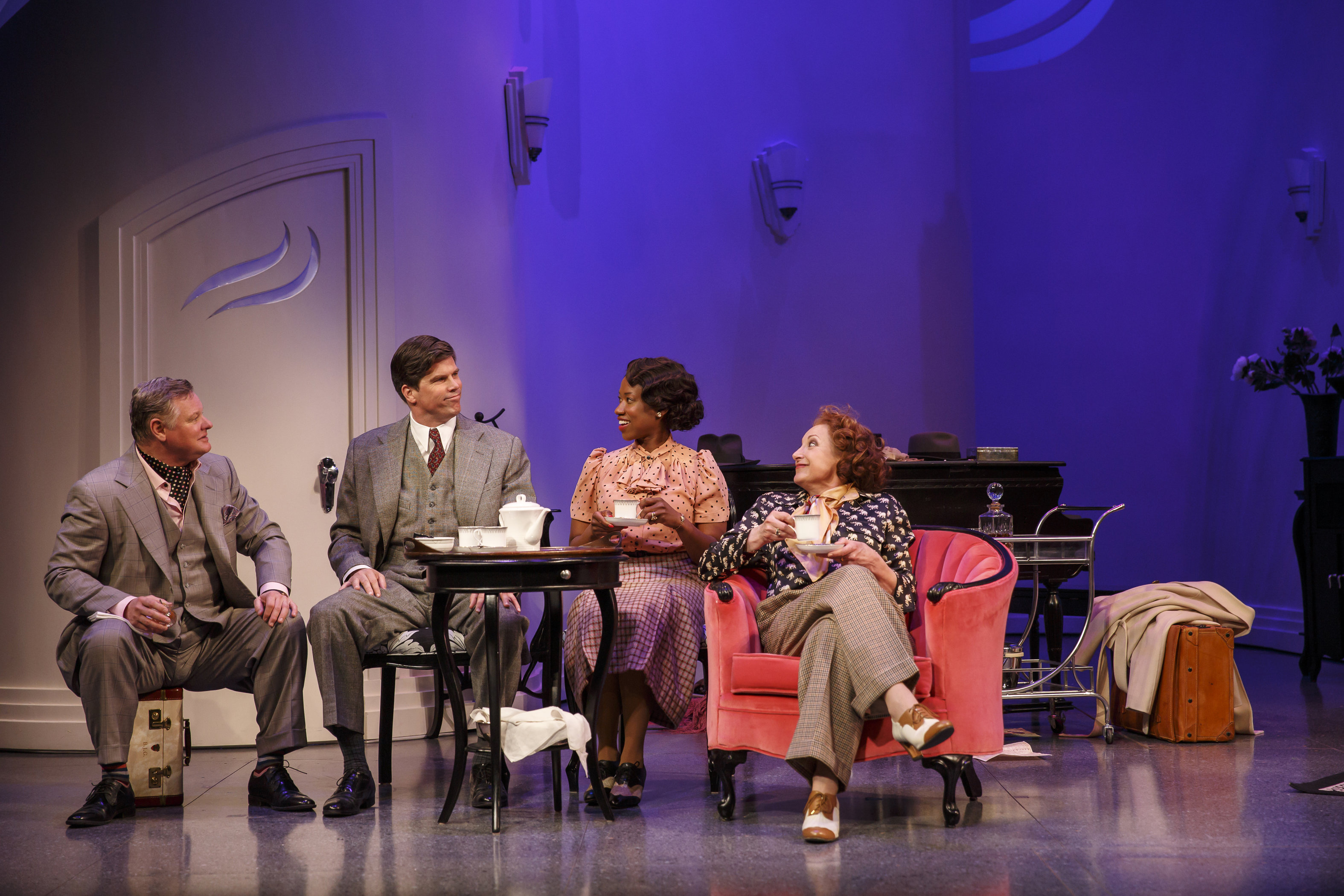 Too much of a good thing can chew you up and spit you out if one is not careful. And when ‘sparks left smouldering’ during a honeymoon from hell causes a commitment distraction, it’s anyone’s guess who best suited from whom. From left to right, Geraint Wyn Davies as Elyot, Mike Shara as Victor, Sophia Walker as Sibyl and Lucy Peacock as Amanda prove ‘5 years of unnecessary suffering’ is just too long to be apart.

There’s no describing that awkward feeling of bumping into an Ex. The mouth becomes parched, an eyelid flickers, and almost simultaneously two hearts beat faster than a drum solo.

Elyot (Geraint Wyn Davies) and Amanda (Lucy Peacock) know the feeling all too well in Private Lives, a luminous and sophisticated reunion tale examining the painful labour of love.

Noël Coward’s outrageous comedy of manners draws you in from the opening moments of the play. The master playwright’s study of a divorced couple’s inability to let the past remain in the past is a timeless reminder that enduring imperfections are what bonds mind, body and soul.

A cruise line is the posh setting of Act I where two newlyweds find themselves in neighbouring suites. Elyot’s bride Sibyl (Sophia Walker) has a mouthful of bitterness to spew towards his previous partner as does Amanda’s groom Victor (Mike Shara) for her former better half.

No sooner does a familiar song ring out from below the terrace and the one-time couple—Elyot and Amanda—discover that their true passion is for one another not for their new spouses.

Fast forward to Act II where moments of concentrated bliss inside a Parisian hotel room turns ugly fast with petty squabbling dominating the conversations. After a heated retreat to separate rooms, a disgruntled Sibyl and Victor arrive to sort out of the emotional turmoil of betrayal.

Put aside Davies and Peacock’s lengthy tenure at Stratford, the fact remains these robust performers possess a dynamic stage presence so right for these roles. Together they speak Coward’s words as if the parts were written for them and in doing so trigger laughter galore during intensely comical feuds.

Playgoers walk away with the impression that the only thing more complicated than present relationships are the ones that get left behind. Private Lives is hands down the perfect comedy for a couple’s night out.