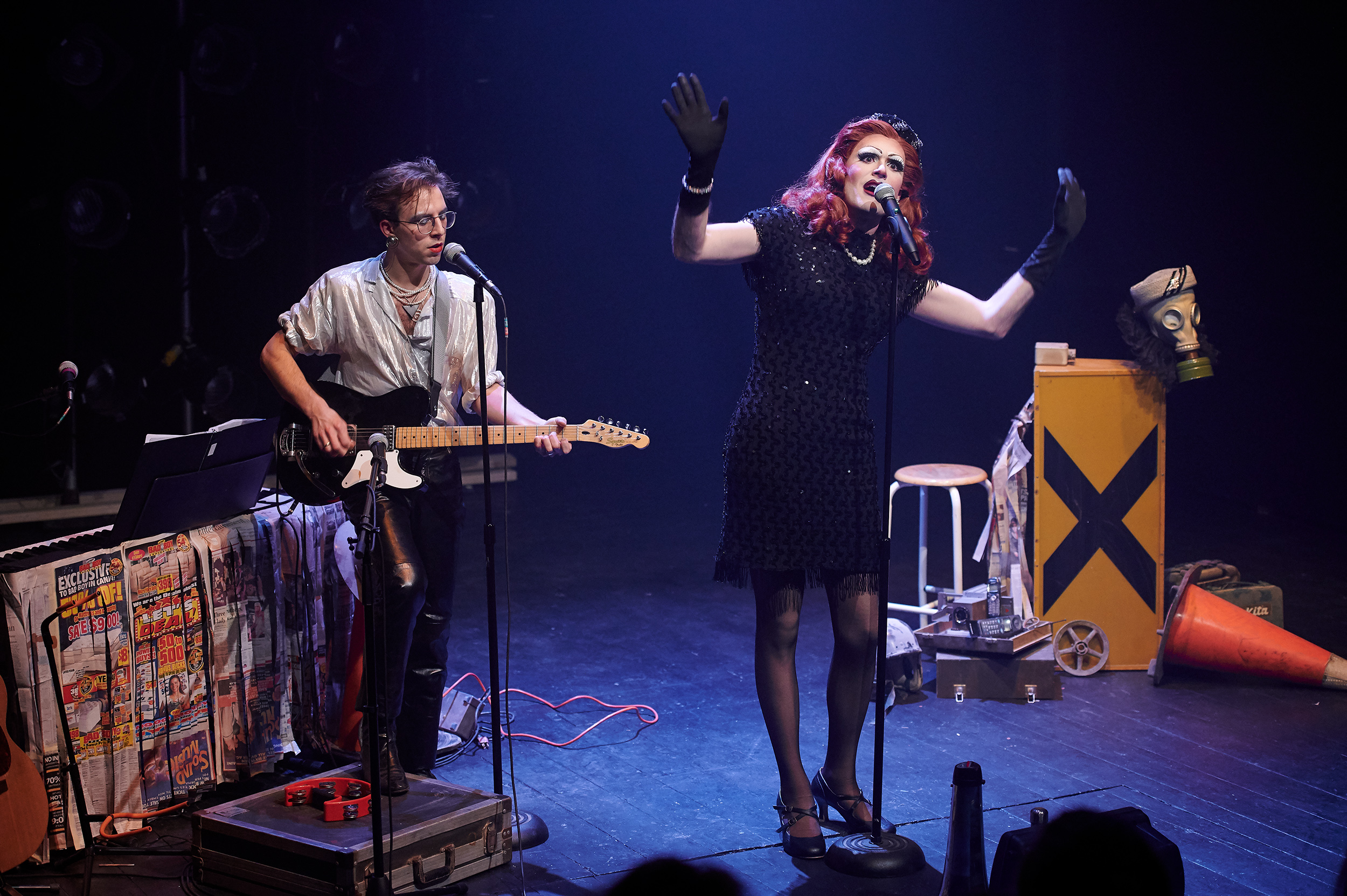 Hanging out with Pearle Harbour (right) for a walk down musical memory lane is the best experience since the advent of the Internet.  Socio political tirades this is not, Agit-Pop’s humourous meditation on a pre-post apocalyptic world is an creative call to action.

When a city professes to be a world class theatre destination, Pearle Harbour’s Agit-Pop! is the kind of show that should be playing nightly in downtown martini lounge.

Despite that disappointing reality, performer and songster Justin Miller keeps his alter ego Pearle Harbour close by waiting for such a day to arrive.

Don’t expect a sneak attack in his character salute to a place where calamity descended upon the Hawaiian Island naval port almost eight decades ago. Instead the drag dressed tragic-comedienne’s primary objective is to share a giggle and belt out sound samples from yesteryear.

In one sense, it could be described as a musical smorgasbord with shortened versions of Creedence Clearwater Revival’s Bad Moon Rising, Carole King’s It’s Too Late, Roy Orbison’s Anything You Want and The Rolling Stone’s Satisfaction.

And when she vocally wades into The Darkness’ I Believe In A Thing Called Love, you know this is the only nostalgic artist in town you want to apply eye shadow with in 2020.

Aside from the musical composition to this highly entertaining time out from traditional theatre, patented Pearle is going to make you feel what she herself feels in a world where there’s no ‘news’ but rather ‘olds’ because stories just never seem to change.

The titular figure blissfully owns the venue and can really work the audience with satire, sarcasm, and all-around fab fun when the artistic timing is absolutely right to do so.

This is what makes Agit-Pop! the semi-cathartic, ponderous project that it’s become for banana split lovers and many others.

Quirky amusement loyalists will get a thrill from the participatory Duck and Cover segment of the offering. Message light retreats such as this hits a warm spot in all our hearts.