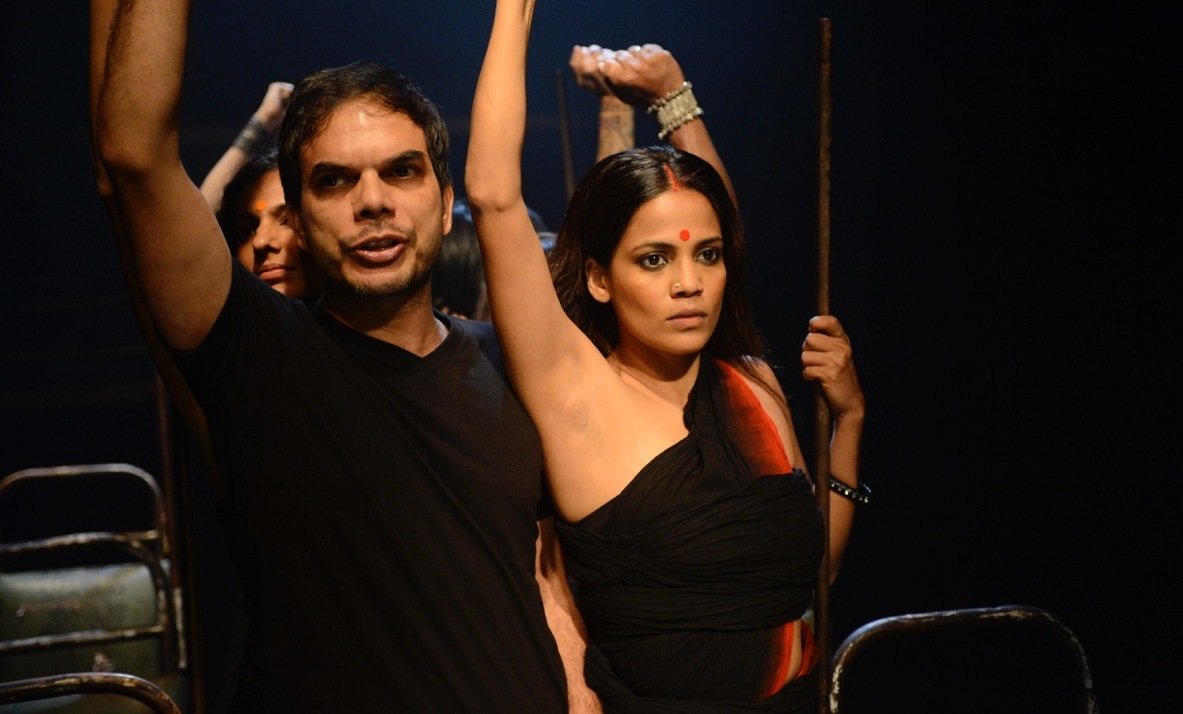 Ankur Vikal as Awindra Pratap Pandey (left) and Japjit Kaur as Jyoti (right) hang on tight for the dangers that lay ahead in Nightwood Theatre’s distrurbing examination of the heinous acts perpetrated upon others.

It’s been said that there are no bad people but rather people who do bad things. Try as you may to have faith in mankind through compassion and absolution, Nightwood Theatre’s psychologically gripping presentation of Nirbhaya serves as a dire warning that there are unforgivable acts being carried out all around us.

Playwright Yaël Farber’s theatricalization of Delhi, India’s darkest bus ride in history that left one woman dead following a brutal gang rape was a headline reverberation heard across the globe.

Five additional women break the silence in this graphically paralyzing drama. These are their stories, they cannot be silent anymore.

Nothing is overlooked throughout the agonizing accounts of ‘terror and lethal confusion.’ The production’s atmospheric agility is rife with fear and sorrow, anger and violence cries out for justice that comes far too late for survivors of sexual abuse and attempted murder.

In one of the most gut wrenching testimonials, a burn victim speaks of the physical torment that began as a newlywed. A teary eyed performer chronicles the inhumane treatment endured before a flame ignited her kerosene soaked flesh. Every other aisle in the venue seems to have a disheartened playgoer sobbing in disbelief of the traumatic event being shared.

How is it possible that time can move so swifty in a play so heavy? The deliberation’s anti-didactic composition along with movement supremacy are the transcending essentials that prevent Nirbhaya from suffering narrative inanimacy.