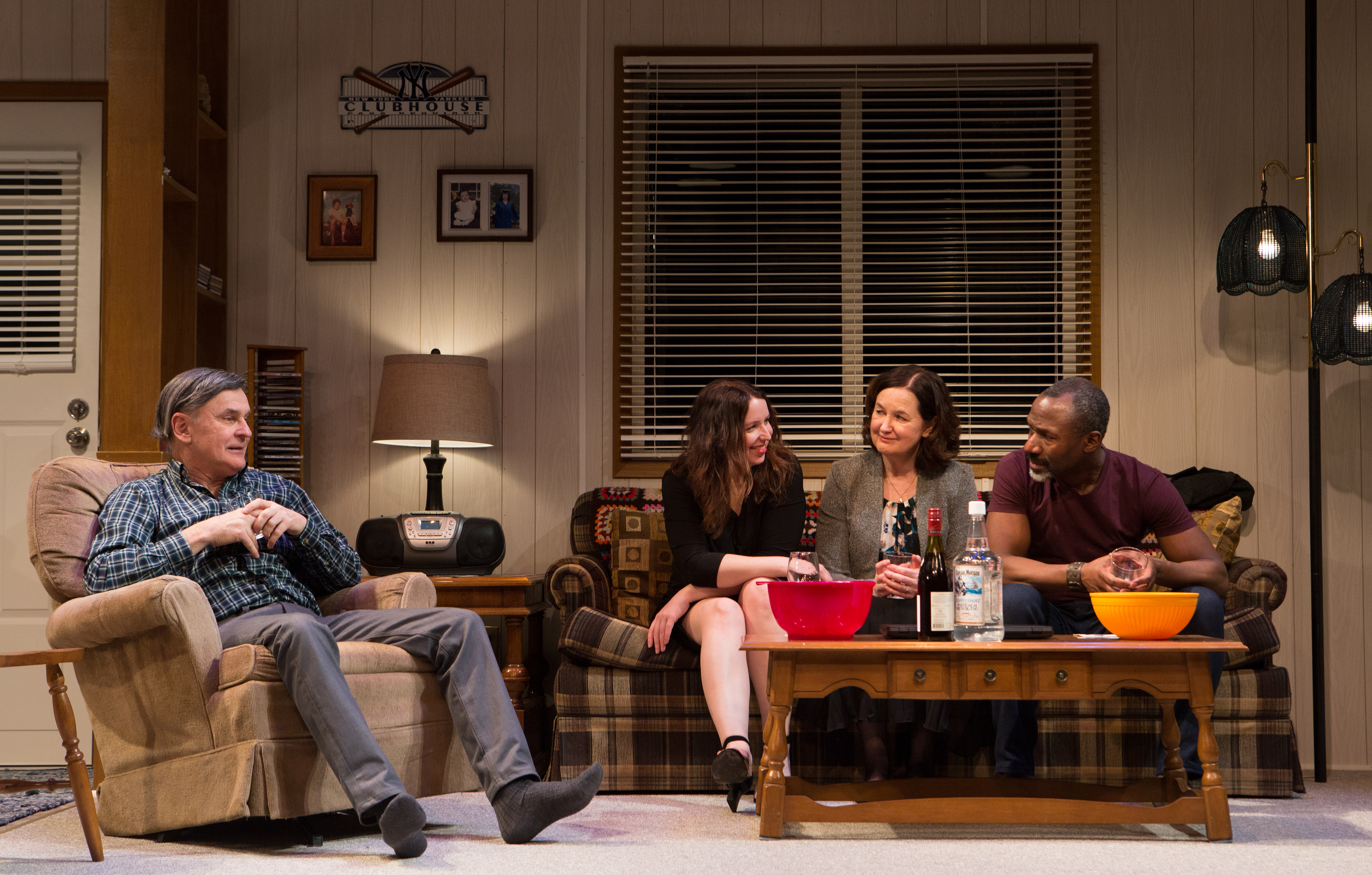 DOMESTIC COMEDY WITH A DRAMATIC DRILLDOWN

The filter that playwriting national asset Daniel MacIvor uses to explain the world around him is forever unique if not downright peculiar.

Aside from his monumental solo works of years gone by, the Governor General’s Literary Award winner that who has given us Marion Bridge, You Are Here, and A Beautiful View—among others—choses never to leave a story map that doesn’t have long bends and unsuspecting dips in the road.

In this reunion event setting packed with an undeniable 80’s feel thanks to songs by Supertramp, Paul Simon and The Clash, not all Tim Horton’s are the same, Facebook is all lies and some people running should not be confused with the title runner.

What starts off as a small town soap opera, a non-sophisticated domestic comedy or sorts gives way to a dramatic drilldown of survival while underscoring the importance of standing up to tell the truth.

‘We all got our damage,’ assures Allen who serves as a mystic figure for a significant portion of the play until video files of the past surface and cuts deep into old emotional wounds.

There’s plenty to laugh at during the first half of the play with estranged husband and wife,Dougie (Daniel MacIvor) and Cheryl (Caroline Gillis) and their socially displaced daughter, Sandy (Stephanie MacDonald) with excitement building over the arrival of Dougie’s childhood pal, Allen (Andrew Moodie)

Never does the silliness exhaust itself but instead the play pulls its audience toward an impossible reconciliatory conclusion.