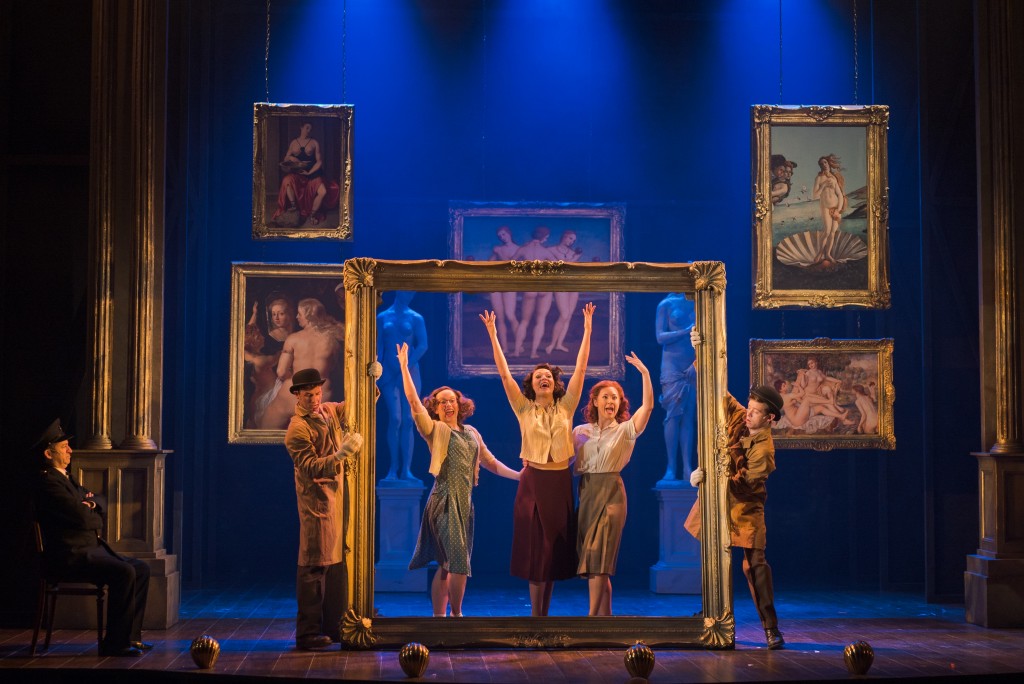 Sometimes it’s pointless to attempt to frame a positive experience in a 200 word review—you just have to see it to believe it.  Mrs Henderson Presents strips down to the skivvies and much more in delivering pure joy at the Royal Alexandra Theatre.

Yes, it was just like you see it in this musical theatre offering but a little shabbier.

The Windmill Theatre had had comics and song-and-dance acts, and above all, there were dancing girls, and then the lighting shifted and you could see nude models, posed without moving.  The lighting shifted again, and they disappeared, because how long, really, could a girl be expected to pose like that on a clamshell?

This is, after all, the flesh den that introduced nudity to the British stage through the brilliant expedient of convincing the Lord Chamberlain (who censored the shows) that a nude, if she did not move, was not “theater” but “art,” and fell under the same exemption that permitted the act.

Mrs Henderson Presents—the musical theatre event which laughably relives it all—is a fond show-biz tale directed by Terry Johnson. It’s the story of the theater’s founding by Laura Henderson (Tracie Bennett) whose husband left her a widow and later saw immeasurable potential in an abandoned theater aching to host entertainment.

Along with impresario Vivian Van Damm (Peter Polycarpou) they launch a non-stop revue. Nudity saves the theatre and lives are forever changed in the aftermath.

Depending on your definition of great theatre, Mrs. Henderson Presents presses all the feel good buttons you want in a show. The characters are memorable, the songs are snappy, and the time warp back to 1940s London feels far too good to resist.