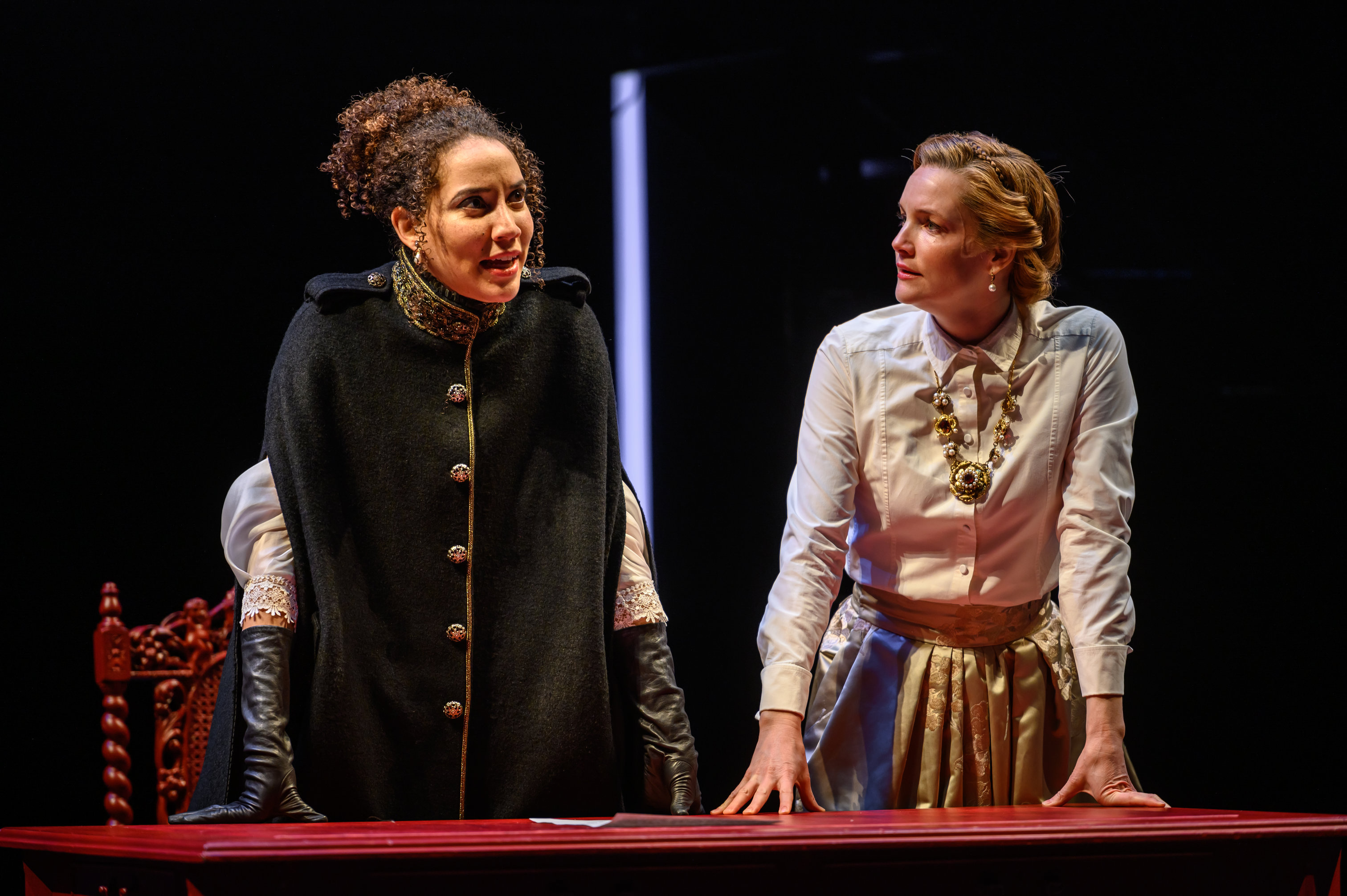 In the highest stakes game of power imaginable Jessica B. Hill as Bess (right) holds on to dear life with the other ‘pretenders’ as Shannon Taylor as Mary (left) defends her right to the throne as England’s first ever Queen. The Soulpepper Theatre Company’s presentation of Mother’s Daughter plays The Young Centre for the Performing Arts until February 9, 2020.

A MARVELOUS DISPLAY OF ARTISTIC TECHNIQUE

If playwrighting phenom Kate Hennig teaches audiences anything about a privileged unrest within a family setting its that you’re always looking over your shoulder for competing threats—including spare heirs—that may compromise one’s rightful place on the throne.

Her third installment of the Queenmaker series, on stage now at the Young Centre, comes with a distinct Stratford Festival flavour rarely experienced in our city.   It’s clever, gripping, so in your face and dramatically tense you’ll find it hard to take a deep breath during many of the inescapable scenes.

This is one fatal Royal ruckus where ‘women’ must ‘beware of women.’

Mary (Shannon Taylor), the newly ruling Monarch, may be past her prime at 38 years of age yet a transfer of power is all but complete unless her slowly ticking biological clock can give birth to an offspring. While the suitor pickings are slim, it ain’t over until its over.

In the meantime, the only way to protect what’s hers is do away with cousin Jane (Andrea Rankin) and sister Bess (Jessica B. Hill). Easier done than said if she follows her mother Catalina’s (Fiona Byrne) advice to play it ‘clean and mean.’

Alan Dilworth ascends above his directing peers by securing a marvelous display of artistic technique and raw despair in this tightly compacted stage submission that will inexorably work your ear from start to finish.

Who cares if none of us can have a slice of modern day empire living. Witnessing the members of 16th century castle dwellers doesn’t get any better than this.