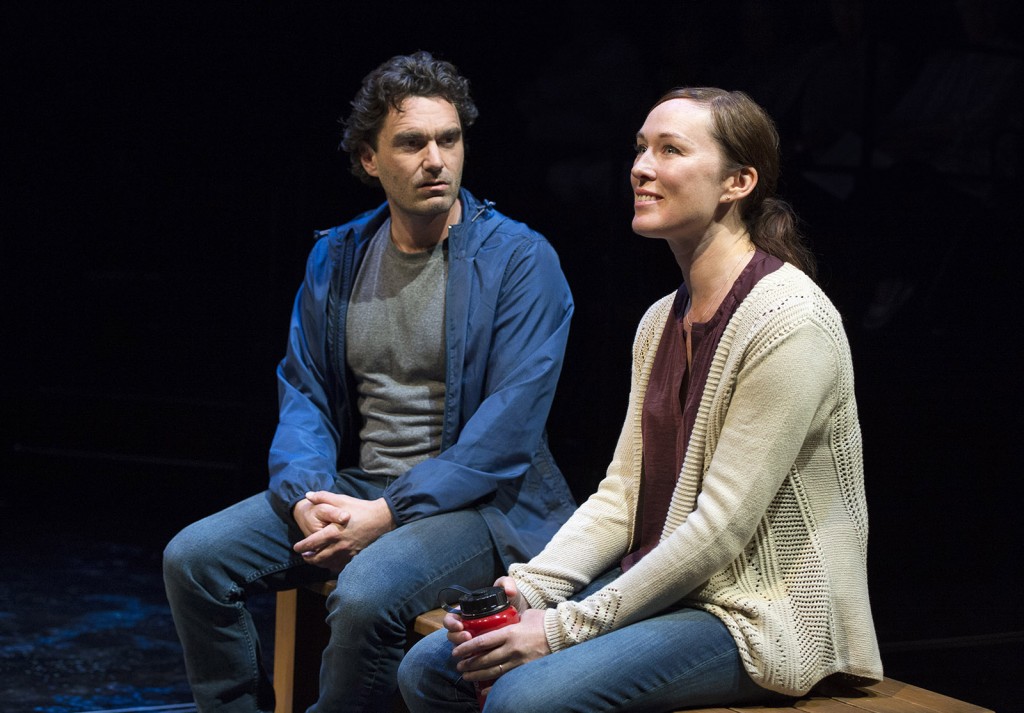 STRIPPING DOWN TO THE BARE ESSENTIALS

There’s nothing like the arena sculpted setting of the Jackie Maxwell Studio Theatre to share an intimate mediation on facets of existence.

In Middletown, an astonishingly touching piece by Will Eno, you need only to listen to the introduction to realize your own life is somewhere plotted deep within this story map.  It’s an ordinary place made up of restaurant workers, bankers, bargain hunters, the married and, of course, the divorced yet these are extordinary times for the merry mundane ‘trying to imitate nature’.

‘This is what life is like here, right now,’ asserts actor Benedict Campbell in a role that at times feels so much like his previous achievement in Thornton Wilder’s Our Town two years earlier.

With director Meg Roe stripping down theatre to its bare essentials (and her cast having a plentiful fun together drawing a community on the floor) it’s easy to absorb the playwright’s ‘murmur of gentle intent’ that everything counts and everyone matters during the concerning in-betweens of life and death.

Memorable performances by the cast of 10 gives the production a distinct vocal outline yet it’s Gray Powell’s John and Moya O’Connell’s Mary that are increasingly impossible to take your eyes off of as the episodic drama unfolds.

While it’s true we were all 7 lbs and 8 ounces at one time, Middletown and its quirky humour is the kind of play that makes you want to gaze up at the evening sky not to ask why we’re here but just to appreciate the fact that you are.