ME AND MY GIRL 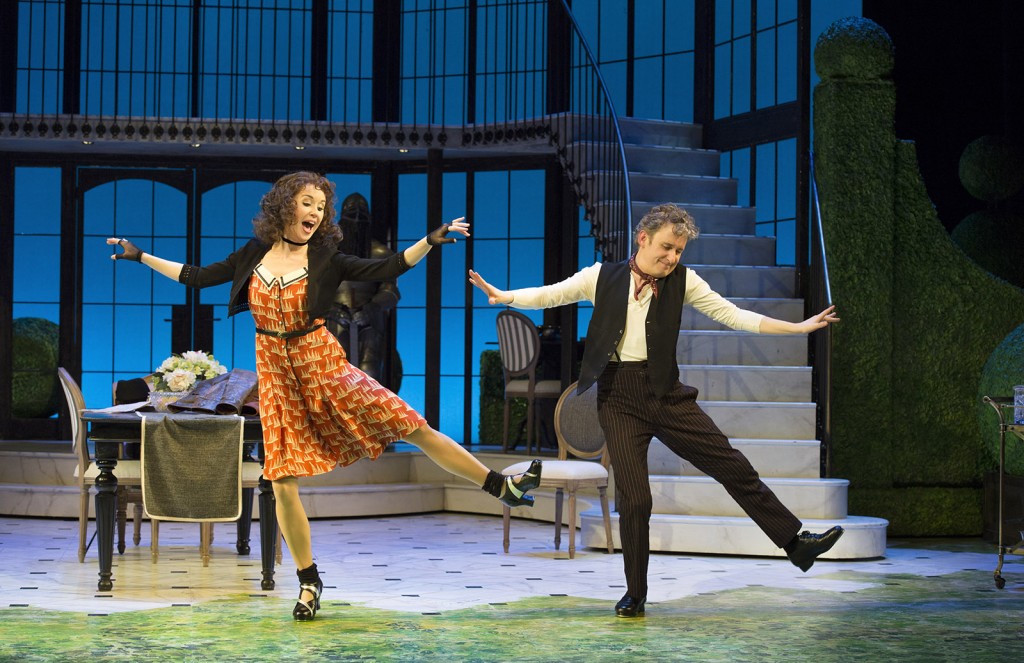 There’s no escaping the countless aesthetic decisions that have gone into the Shaw Festival’s jolly good staging of Me And My Girl on stage until October 15, 2017. Not to pull anyone’s tinker, it’s the smile maker of the season.

If you’re going to fall hard for the beating hearts of Kristi Frank and Micheal Therriault (as seen above) in the daring and beautiful Me And My Girl it will probably be in a number like ‘Hold My Hand.’ And yet from the opening sequence to final curtain, there’s never been anything quite like this kind of love and laughter gifted to us at the Festival Theatre.

Without exaggeration, if the illustrious production found a spot on Broadway, it would be almost impossible for it not to get a nod at the Tony Awards. It really is just that good!

A lot of which has to do with Ashlie Corcoran reaching her full stride in the director’s chair.  Aside from wondering how she managed the logistics of pulling off such audacious visuals, lovers of classic musicals will be swept away by this fabulously funny and plausibly playful presentation.

At the core of the piece is a class collision between convivial East End lifestyle and West End sophistication when Bill (Michael Terriault), a cockney layman, discovers that a hefty inheritance is on the horizon following the passing of his birth father which, by default, makes him them 14th heir of Earl of Hareford.

One problem though, this particular apple doesn’t fall anywhere close to the family tree.

The money, however, is conditional on the last of the line Bill getting ‘up to scratch’. It begins with bidding farewell to his romance interest, Sally (Kristi Frank), elevating his command of the English language, and finding a fit and proper woman to perpetuate Hareford lineage.

Get ready for a flashy dose of cast synchronization in ‘The Lambeth Walk,’ signing off with Act I’s distinct chorographical signature.  If you don’t find yourself shuffling your feet to the song in the next morning’s shower, chances are you may need to consult a podiatrist.

A boisterous, blissful musical comedy like this doesn’t make its rounds often enough in these parts.  Whether you’re casually unrefined, excessively cultured—or somewhere in between—follow your heart and wrap your arms around Me And My Girl this summer.