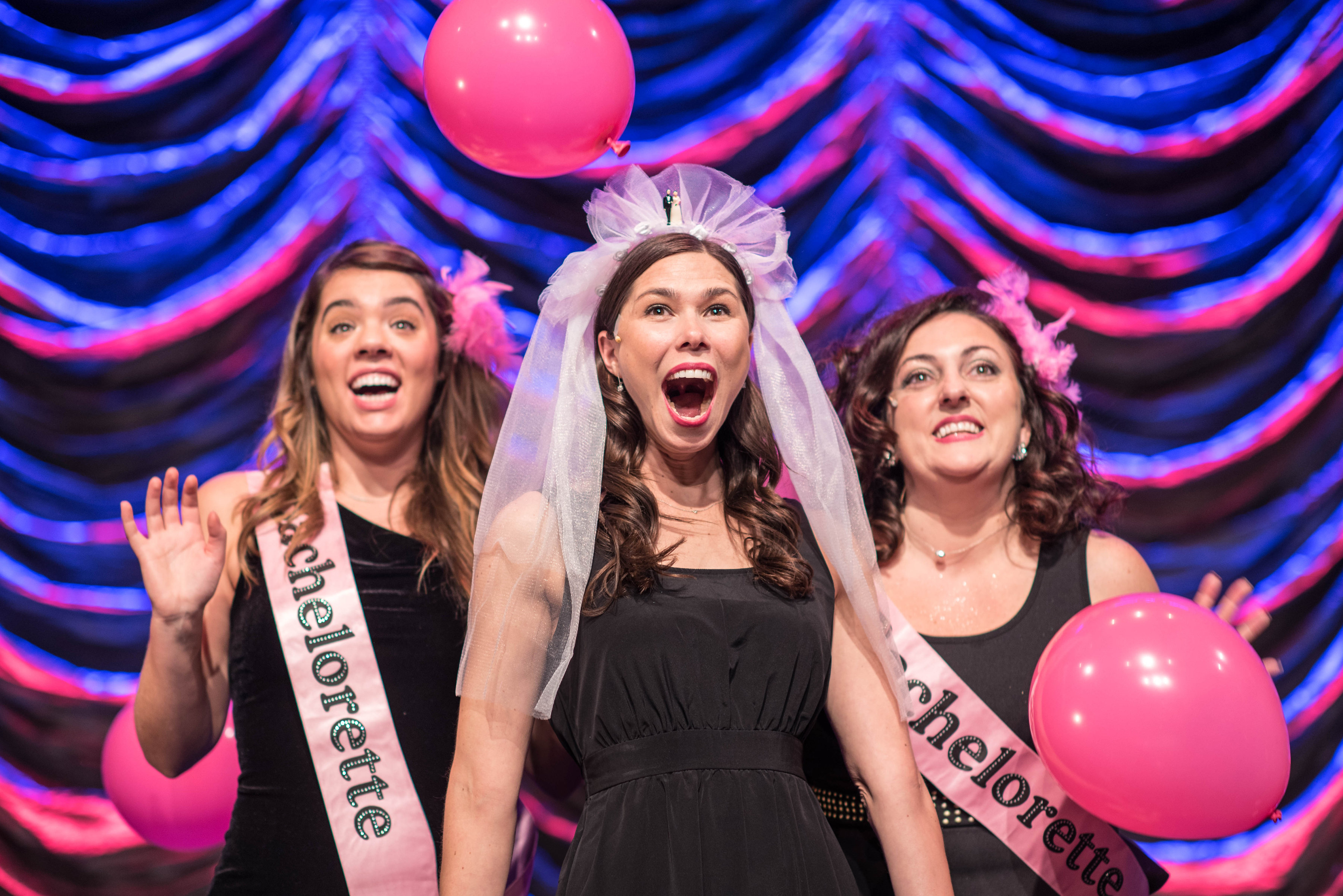 With hilarious musical numbers such as ‘I Knew It’ and ‘Whatever You Want,’ never again shall any of us under estimate the power of the dress. This ‘LBD’ covering is threaded with comedy gold to last a lifetime.

Little will the opposite sex ever understand the endless debate that has brought men to their knees this past century over the single question: Is it the woman that makes the dress or the dress that makes the woman?

While there may never be a consensus among the testosterone species anytime soon one thing is certain in Spring’s sleeper hit The Little Black Dress—one sizzling satire does fit all accustomed to mature themes and sporadic F-bombs.

This is a show that boasts fabulous fun with two straps of silliness and a whole lot of heart. Mystic and wonderous, it’ll put a comedy spell on you throughout some of the best darn catchy showtunes of the decade with vocal ranges that can easily compete with Broadways biggest and best productions.

That’s because the production’s creators who gave us Spank! The 50 Fades Parody know a thing or two about pleasurable phooey.   Set the audience down one story path and then make a sharp right to lead it somewhere else.

Like Transformers, there’s simply so much more than meets the eye in this semi-naughty tale of 3 free spirited females and Mark (Clint Hromsco), the man that changes everything en route to Dee (Danni Davis) biological alteration and the unexpected goodbye to a loved one.  Submerse yourself in this solemn salute to life’s unforeseen changes and you’ll easily admit that you’ve been there, done that and willingly bought the t-shirt.

One segment that works radiantly is when cast members go off script for ticklish improv triggered by audience interaction. It illustrates that some of us are respectably as innocent as they come while others are probably not to the degree you may suspect.

If it’s true that every sexy, dark coloured apparel has a story to tell, Little Black Dress: The Fearlessly Funny Girls Night Out Musical hooks the eye and ear from a uniquely positioned narrative hanger.