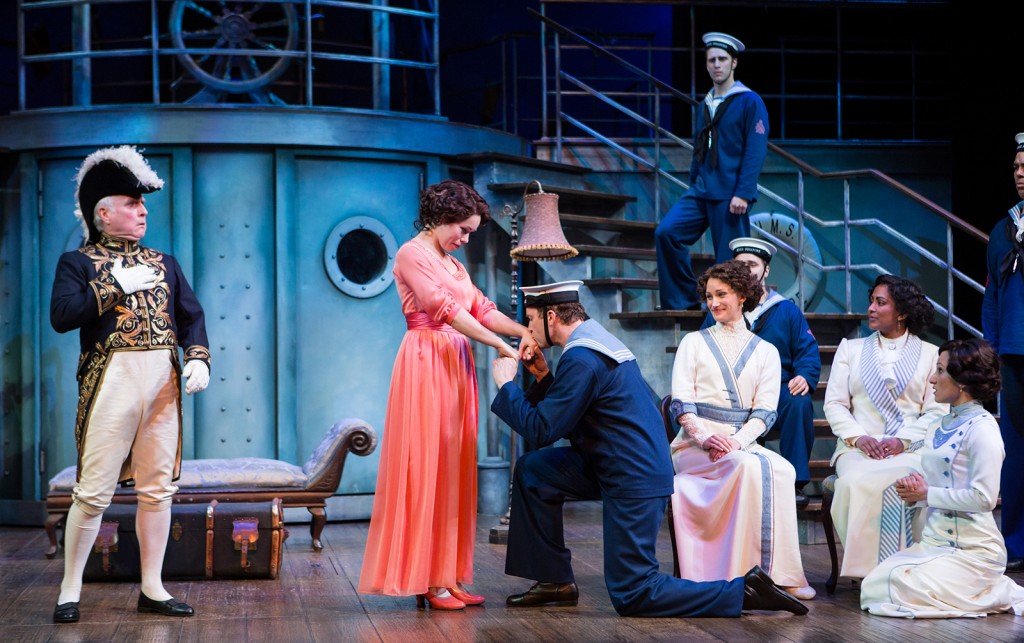 If every summer needs a flagship production that lets you leave your troubles of the day far behind HMS Pinafore achieves this in spades in a satirical poke social decorum. Sailing the high seas of laughter, the Stratford Festival presentation proves that love does indeed level all ranks.

Although very few of us have had the luxury of living a sailor’s life aboard an ocean vessel, it goes without saying that the single most important rule would be to keep your hands of the captain’s daughter.

Easier said than done in HMS Pinafore on stage at the Avon Theatre where this swift, crisp and precise musical is anchored with sparky fun thanks to W.S. Gilbert’s smart lyrics and Arthur Sullivan’s beautiful harmonies.

Spirits are high throughout the perpetual silliness that has Josephine (Jennifer Rider-Shaw) love struck for handsome seamen Ralph (Mark Uhre). She’s in luck because he’s got it bad for her too.

And with a plan underway for the star crossed lovers to run off and avoid the inevitable, Dick Deadeye (Brad Rudy) intervenes to quash their hopes and dreams.

Flashes of ingenuity can be seen in choreographer Kerry Gadge where she transforms a two stairway stage into a bustling deck of hunky men in motion. A thoroughly stylized display for the senses.

There’s no escaping the smiles galore in this HMS Pinafore. It’s a dandy of a show and then some.