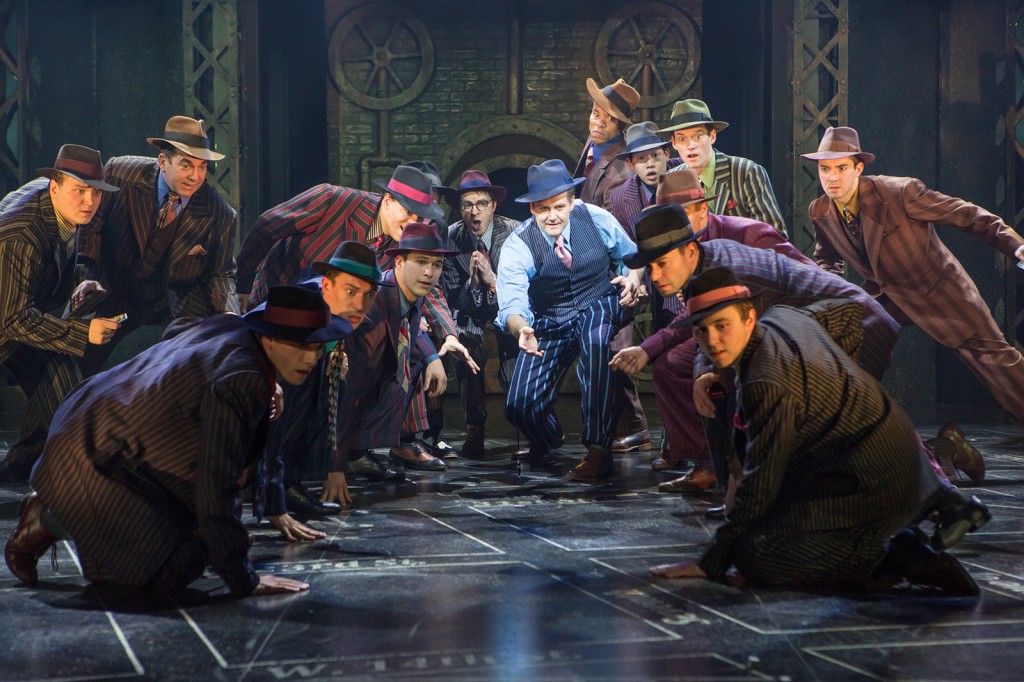 The Stratford Festival presentation of Guys and Dolls is wonderfully touching and filled with laughter thanks to a cast that understands high stakes romance.  This one is sure to please the most finicky musical theatre palate.

What is it that has historically defined a man?   An ability to manage one’s image with a flashy suit and money to burn or a combination of strength and perseverance to achieve that which others cannot?

In Joe Swerling and Abe Burrows toe tapping musical comedy filled with Frank Loesser’s aural gems, both of these traits ring true yet the profile is not yet complete until he’s able to motivate a dozen sinners to attend a prayer meeting where repentance is delightfully not optional.

The miracle workers that can make it happen are the crafty and debonair Sky Masterson (Evan Builing) and his opposites attract Save-a-Soul Mission Sergeant, Sarah Brown (Alexis Gordon).

It’s joyful mischief that starts when Nathan Detroit (Sean Arbuckle) finds his back against the wall trying to finance a gambling event and makes a bet with Sky that he can’t convince Sarah to indulge in a Havana dinner date.  The odds are in Nathan’s favour but he has another matter requiring attention—Adelaide (Blythe Wilson), his long-time girlfriend who impatiently wants a ring on her finger.

Add in a crap game that never ends, a Chicago high roller who likes to play with predictive dice, a police officer who wants to put an end to illegal activity and the outcome is far less predictable than you’d imagine.

Stage chemistry is not an exact science but this doesn’t stop leads Evan Builing and Alexis Gordon from make a convincing connection.  When the two share the duet ‘I’ve Never Been In Love Before,’ you can’t help but feel your heart skip a beat.

Never should we forget that some of life’s greatest rewards are the result of long shots that never seem possible.  By upping the spectacle and blurring the line between audience and performance, director Donna Feore has made Guys and Dolls more relatable than ever before.