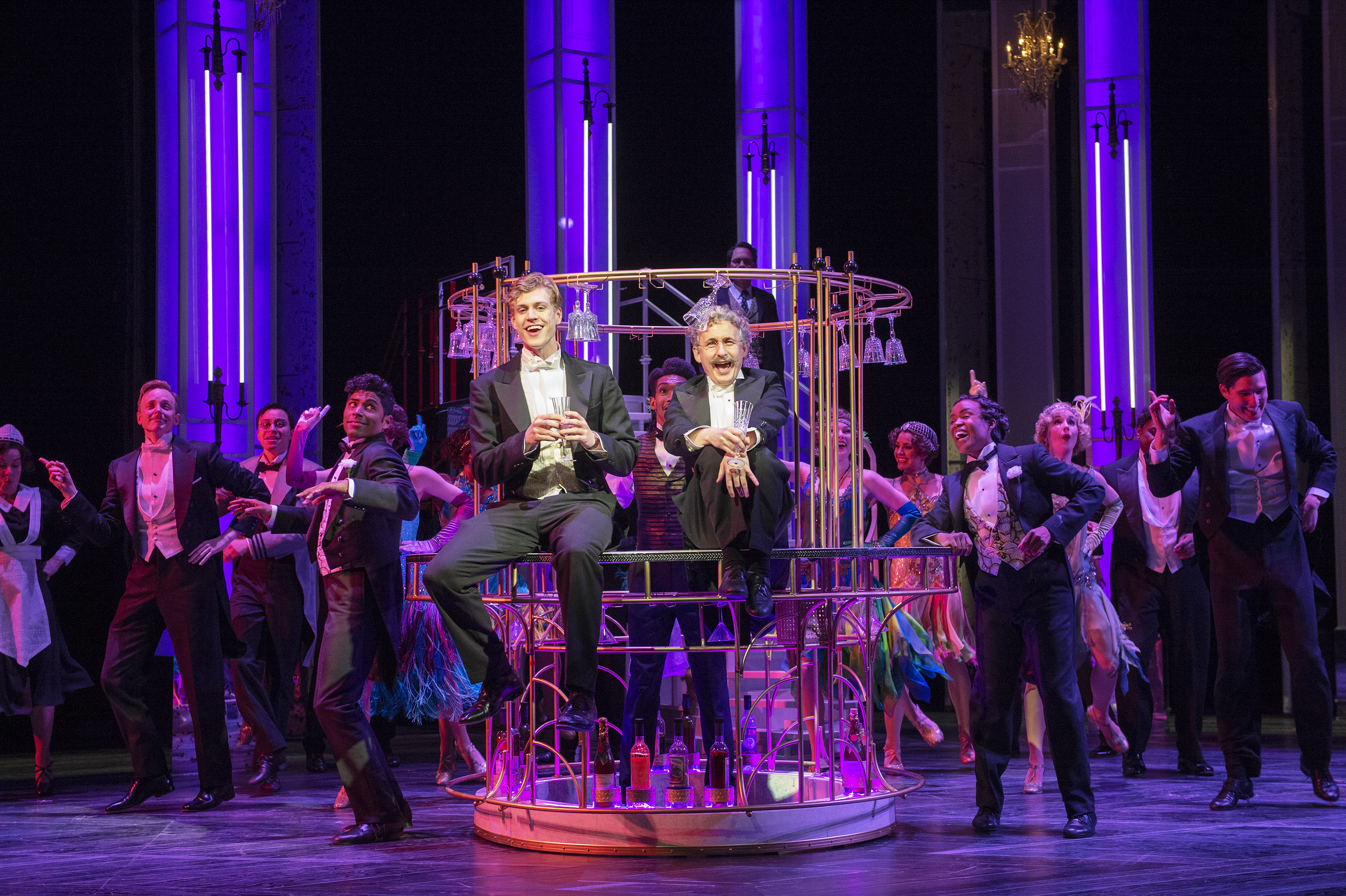 James Daly as Baron von Gaigern (left) and Michael Therriault as Otto Kringelein (right) know the good life when they taste it. The Shaw Festival production of Grand Hotel is not the merriest of all musicals but there’s plenty of joy and happy spirits to carry the magnificent musical.

I must confess, I’ve never been to 1928 Berlin when money was too tight to mention but always catch myself fantasizing what it was like when prosperous times were in shortage and everyone else had something other than politics on their mind. Add in the flavourful sauerkraut, tasty schnitzel and room temperature beer and you’d be a sucker to resist.

However, it was anything like the hospitality setting of Grand Hotel, TorontoStage.com would fast track its work on almost completed time machine and zip back 70 years for some unadulterated zany fun.

Hands down this is a musical with madness thanks to director Eda Holmes keeping it simple with illuminated pillars, almost have a dozen chairs and a decadent chandelear to migrate playgoers to a place they’ve not gone before. Even the songs are worthy of an extended stay in desirable space.

On the surface, not much here changes very much in this Day In The Life of a Resort where up to four stories drive the narraitive to check out.   People come and people go and everyone it seems has a different agenda.

“There’s nothing more useless on this planet than a nobleman without money,” laments the awesomely omniscient Steven Sutcliffe as the Doctor who knows it all because he’s seen it all.

This is a musical comedy that juices with lost souls checking in to a destination of high ambitions. There future for anyone, of course, is never absolute when dreams are sometimes out of reach.

It’s unamenably easy to surrender to the la-la-lovely perusing through this chamber of discontent that’s about clean conciences as much as it’s about making things happen. Equal parts pleasure, danger, and setbacks, it truly is about all life’s true realities unspoken.

Watching Deborah Hay as Elizaveta Grushinskaya back at the Shaw Featival is beyond dreamy. Michael Therriault as the number crunching Otto Kringelein has the flexibility of a Olymic gold medalist in his most golden moment with James Daly broke Baron giving a ponderous moment how far one will go when there’s a disheartening end to cash flow.

Leave your baggage in the lobby for this Grand Hotel. It’s a five star haven that requires no extra gratuities.