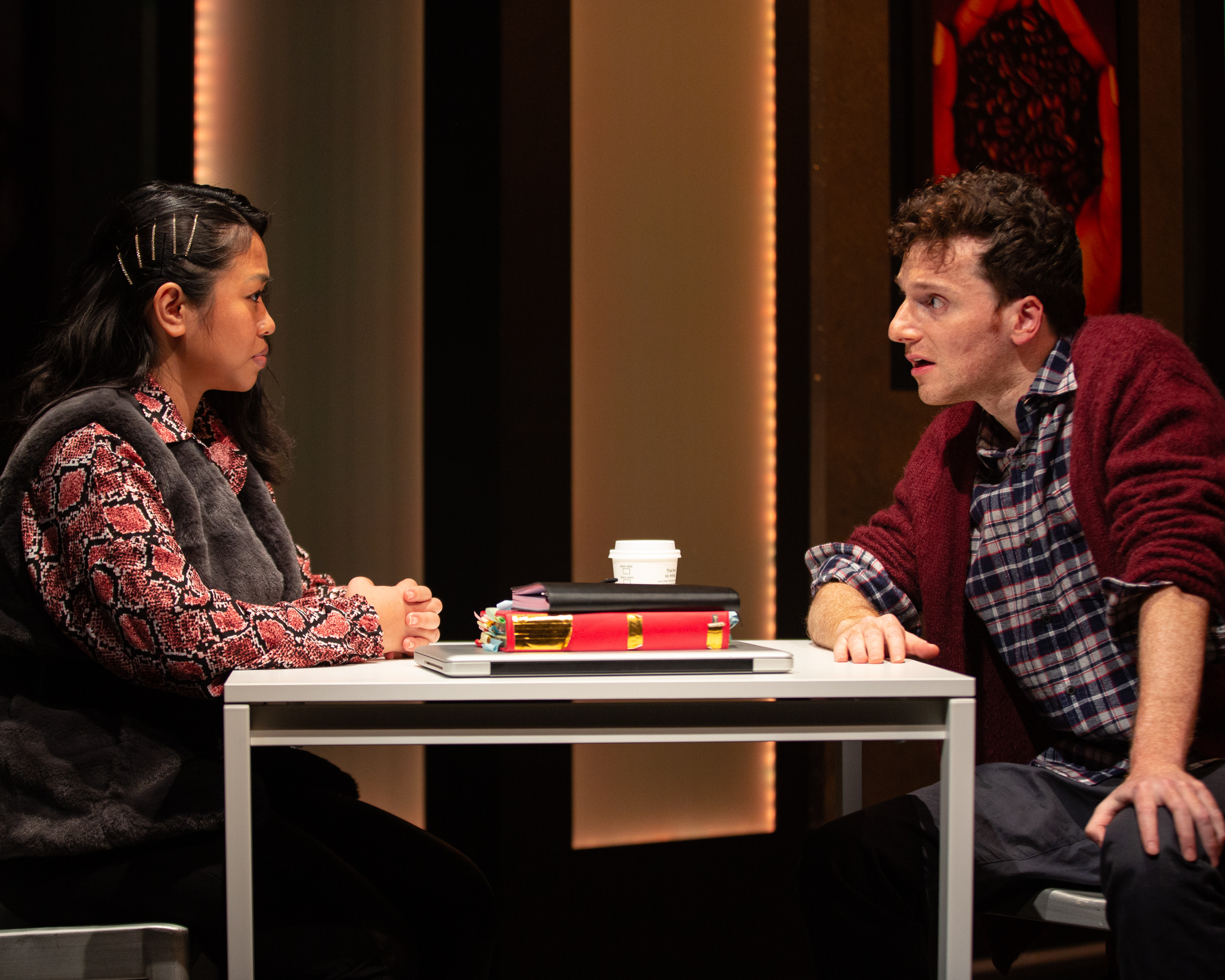 Nabil Traboulsi as Dean (right) and athena kaitlin trinh as Kendra (left) play a taut game of Whose Story Is It Anyway in a gripping presentation of Gloria on stage until March 20, 2022.

The problem with a toxic work environment is that if the relentless backbiting doesn’t kill you before the end of the day, something else likely will.

‘Everyone here is so miserable,’ insists starry eyed intern Savion Roach as Miles.  Little does he know things are about to go from bad to worse for this bright team of up and comers.

Yet this is the corporate cubicle culture audiences find themselves at a NYC publishing firm that provides an alluring  back drop to Branden Jacobs-Jenkins’ stark and surprising Gloria where ARC and Crow’s Theatre load up with mostly fresh faces for a show that is every bit scintillating as it is captivating.

It’s here that Dean (Nabil Traboulsi) has his sights set on becoming a writer. Not much is stopping him from achieving this goal accept patience in a highly competitive office setting except hastey coworker Kendra (athena kaitlin trinh) who doesn’t respect boundaries.

That is until an emotionally distant Gloria (Deborah Drakeford) arrives at the office having surpassed the tipping point for sacrificing a large part of life for her employer.

In the aftermath of unfathomable office violence, Dean and Kendra meet up in a coffee shop after picking up the pieces of their lives. Soon they discover that all is far from resolved.

Director Andre Sills adds plenty of colour amidst the swift flowing tension. No stranger to the playwright’s work having starred in the Shaw Festival’s staging of The Octoroon, he succeeds in keeping his finger on the dramatic trigger with a cast that sets out to prove that Gen Z performers have it all figured out.

Gloria may not be the feel good story to help you ring in the Spring but it will definitely make you think twice before bailing on a coworker’s house party regardless of the personal sacrifice needed to attend.