GIRL IN THE MACHINE 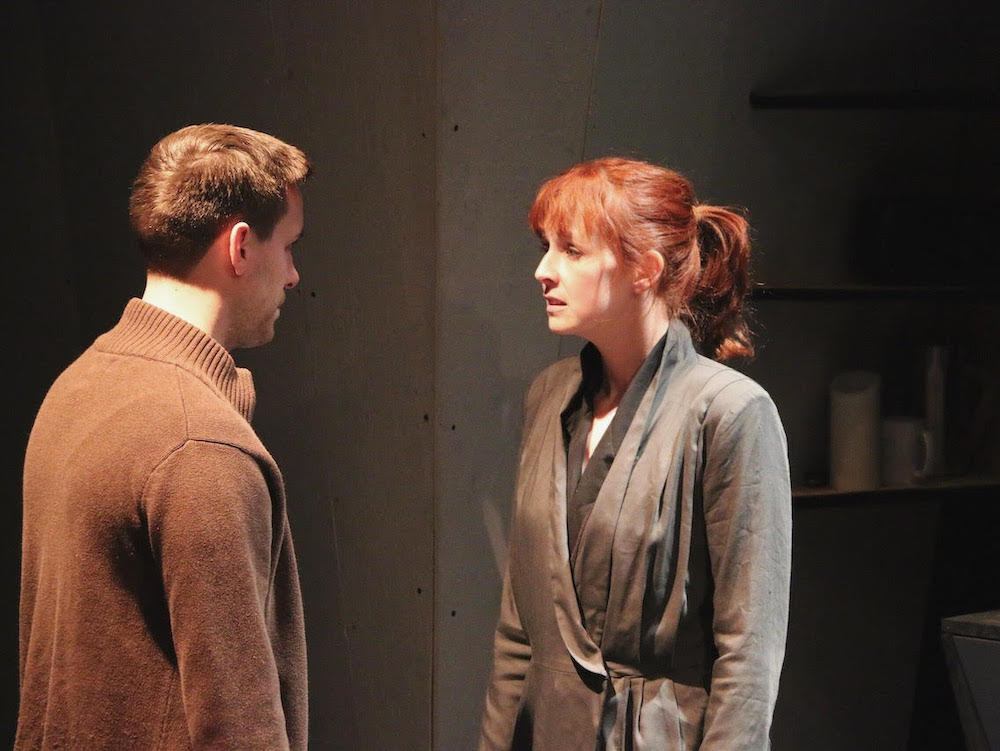 Alex Clay as Owen (left) and Madryn McCabe as Polly (right) are lovers in a dangerous time. Soon they’ll be learning to go with the flow or get left behind in Girl In The Machine on stage until November 24, 2019.

It’s long been said, if the masses were removed from urban blight, away from the world wide web and attention debilitating mobile devices, we’re bound to see a consciousness transformation forward not backward.

No need to expand on this school of thought with storyteller Steff Smith. The adept playwright seems to understand the behaviour modification underway that questionably drives people farther apart than it does closer.

Her undoubtable commentary surrounding this truism can be experienced in Girl In The Machine where Seven Siblings Theatre goes cloud surfing for a deeper understanding if technological advancement serves as a friend or foe in society’s endless pursuit of happiness.

Hospital worker husband, Owen (Alex Clay), sees no harm in taking home a mysterious delivery from a patient that no longer has a need for such luxuries. Corporate lawyer wife, Polly (Madryn McCabe), quickly finds personal pleasure in the accessory and is caught off guard how time transcends if one is not careful.

The carefree couple–with dreams of family expansion in the near future–succumb to relationship friction when a dark seduction begins to divide them.   It’s unknown where the black box originates from but its ill effects on users has become a catastrophic international phenomenon.

Alex Clay gives a stand-up performance with his character consumed by hostility as a result of the change he cannot control.   Madryn McCabe keeps the mind snatched Polly away from maudlin emotions despite the better half’s slow withdraw from reality.

With director Will King opting for an eerie soundscape to heighten the tension, you can’t help but draw the conclusion this is a play that’s wired to thrill.

It’s anyone’s guess how the world’s become more screwed up in its attempt to make everything easier. Girl In The Machine teaches that bliss is by no means an upload away for any of us so start the revolution and find a way to break free before its too late.