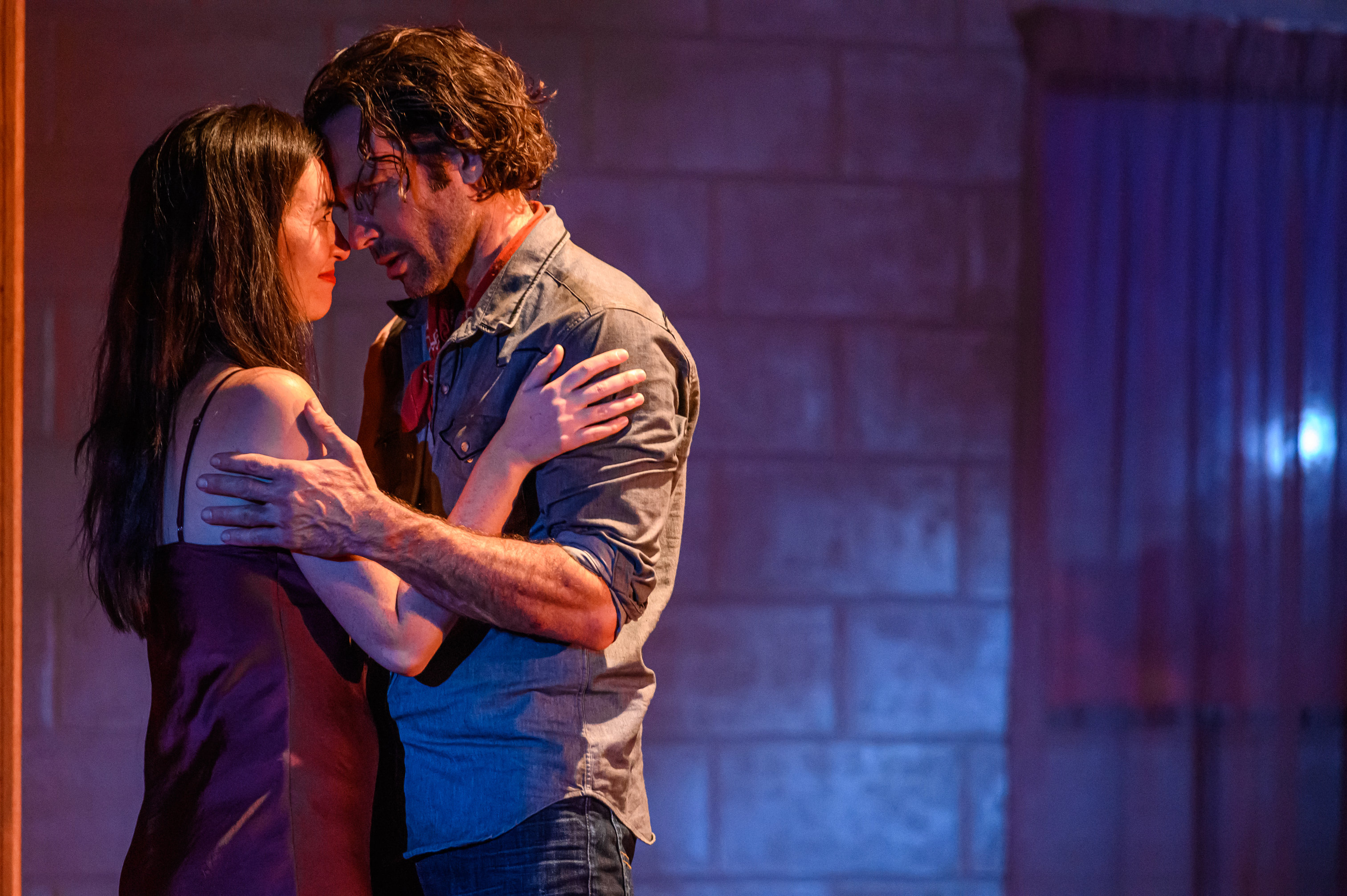 Cara Gee as May (left) is back in a familiar place with Eion Bailey as Eddie (right) doing his best to right a wrong in Foor For Love on stage at the Young Centre for the Performing Arts until August 11, 2019.

“You’re like a disease to me,” complains May (Cara Gee) in one of the many tense moments of Sam Shepard’s Fool For Love.

Sam Shepard’s sexually charged opus takes place in a shabby motel on the barren edge of the Mojave Desert where the doomed lovers battle for absolute powers in their love-hate relationship that’s endured 15 years. Passion and anger rages into the wee hours until an unspoken secret behind their attraction is exposed.

Add in an unknowing small town simpleton, Martin (Alex McCooeye) to stir feelings of jealousy and a ghostly paterfamilias presence (Stuart Hughes) and you have the makings of a solid one-two punch disturbed love story.

Eion Bailey’s Eddie is distasteful and gritty while proving the apple doesn’t fall far from the tree. The actor’s ability to spike the character with obvious control issues works superbly well. But the key to playing this Eddie is the actor’s unwillingness to portray the character as an inherent bad seed, which keeps the audience glued to him from start to finish.

Sizing up Cara Gee presents a challenge in that Soulpepper audiences are not accustomed to seeing her range like regular ensemblers throughout the year. However, she’s the most refreshing look to this year’s new company faces and stands solid in front of a live audience.

The production works on a couple of levels thanks to Frank Cox-O’Connell wise choices. In terms of set design, he opts for an venue wide environment and his gut-wrenching style of directing allows subtle laugh traps to effectively breathe throughout the palpable scenes.

Sam Shepard is one of those playwrights that you either adore immensely and keep a picture of him at your bedside or pass on completely in favour of a root canal.

Fool For Love by no means celebrates relationships; the play deconstructs them to expose the misery that often propels it.