EVERY DAY SHE ROSE 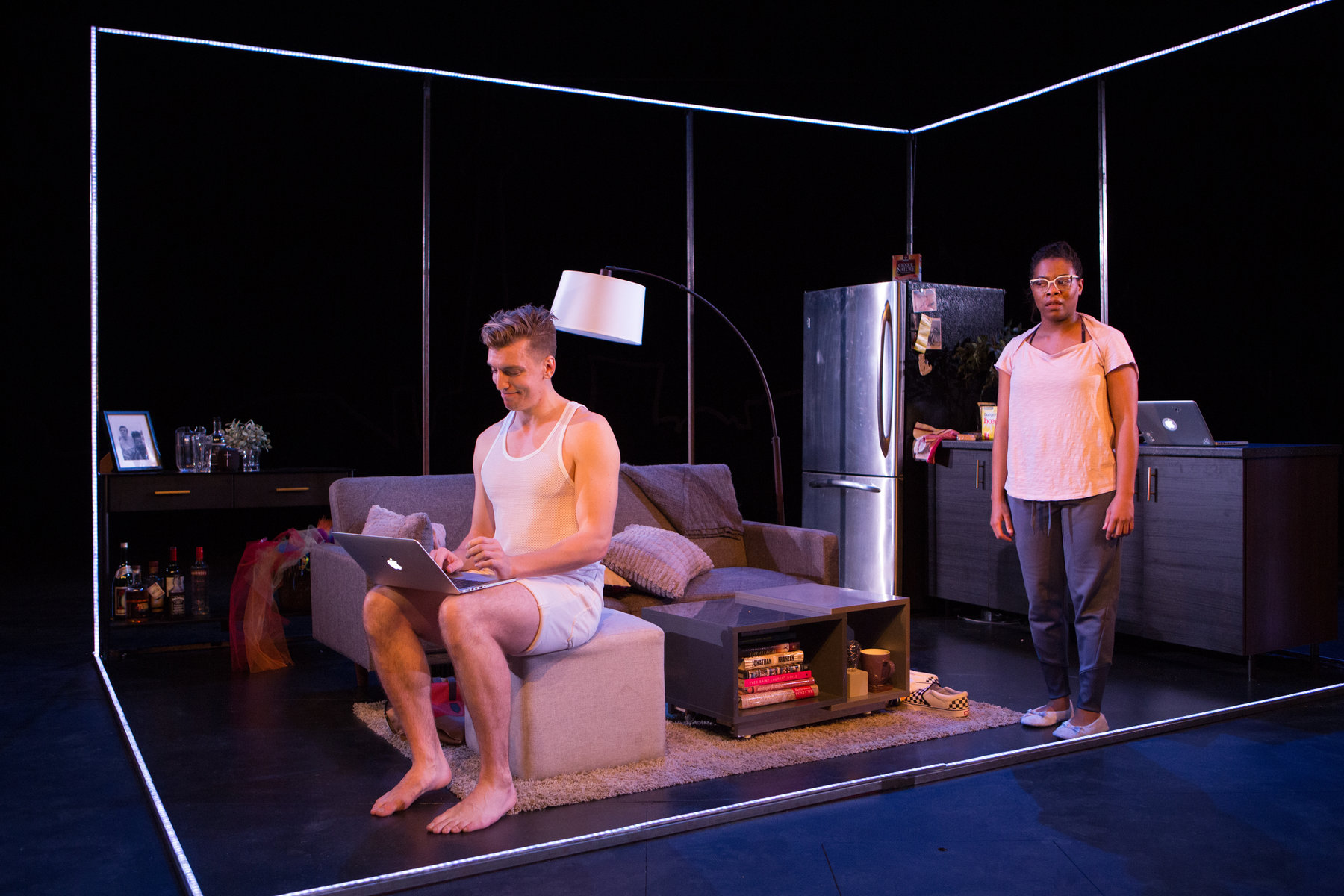 Adrian Shepherd-Gawinski as Nick (left) and Monice Peter as Andrea (right) step away from Mark and Cathy-Ann for a reality check to learn that relationships can be equally as complex in the real world as they are in a script. A play within a play, the Nightwood Theatre Presentation of Every Day She Rose, is worthy of a parade unto itself.

When you’ve kicked around the city’s theatre scene long enough, the great works that once inspired you seem to become few and far between.   That begs the question: ‘Is there no new way left to tell a great story?’

Enter writing duo Andrea Scott and Nick Green for the response we all want to hear—yes there is.

Every Day She Rose is hilarious when it wants to be, stirring when it needs to be. What’s more, its narrative latitude gives the cast boundless range than most actors can’t get away with in standard story paths.

That is until the stage darlings halt their own rehearsals to exchange ideas about what works best and to actualize the piece for superior impact.

One moment they are in the story, the next they step out. And eventually creative differences finally put two friends at odds with how the plot points are to unfold.  Much easier said than done when personal gratification conflicts with respect for the other person’s point of view.

With that said, the Scott/Green conception is unarguably theatre gold. Taking either a pragmatic or even didactic approach this kind of thematic material would get them two steps to nowhere but their brainy disguise involving a secondary story thread just makes Every Day She Rose so damn enjoyable.

Adrian Shepherd-Gawinski  is on fire in this show as the relentless party animal, Mark, before switching to the idea infused playmaker, Nick. Which, at times, can overshadow Monice Peter’s Cathy-Ann but only until race and identity issues are addressed which gives her character the limelight she’s rightfully owed before sliding into the persona of collaborative diplomat, Andrea.

Relationship preservation is not an exact science.  Let it be said that ‘sh*t’s gettin’ real’ in this intensely satisfying work.