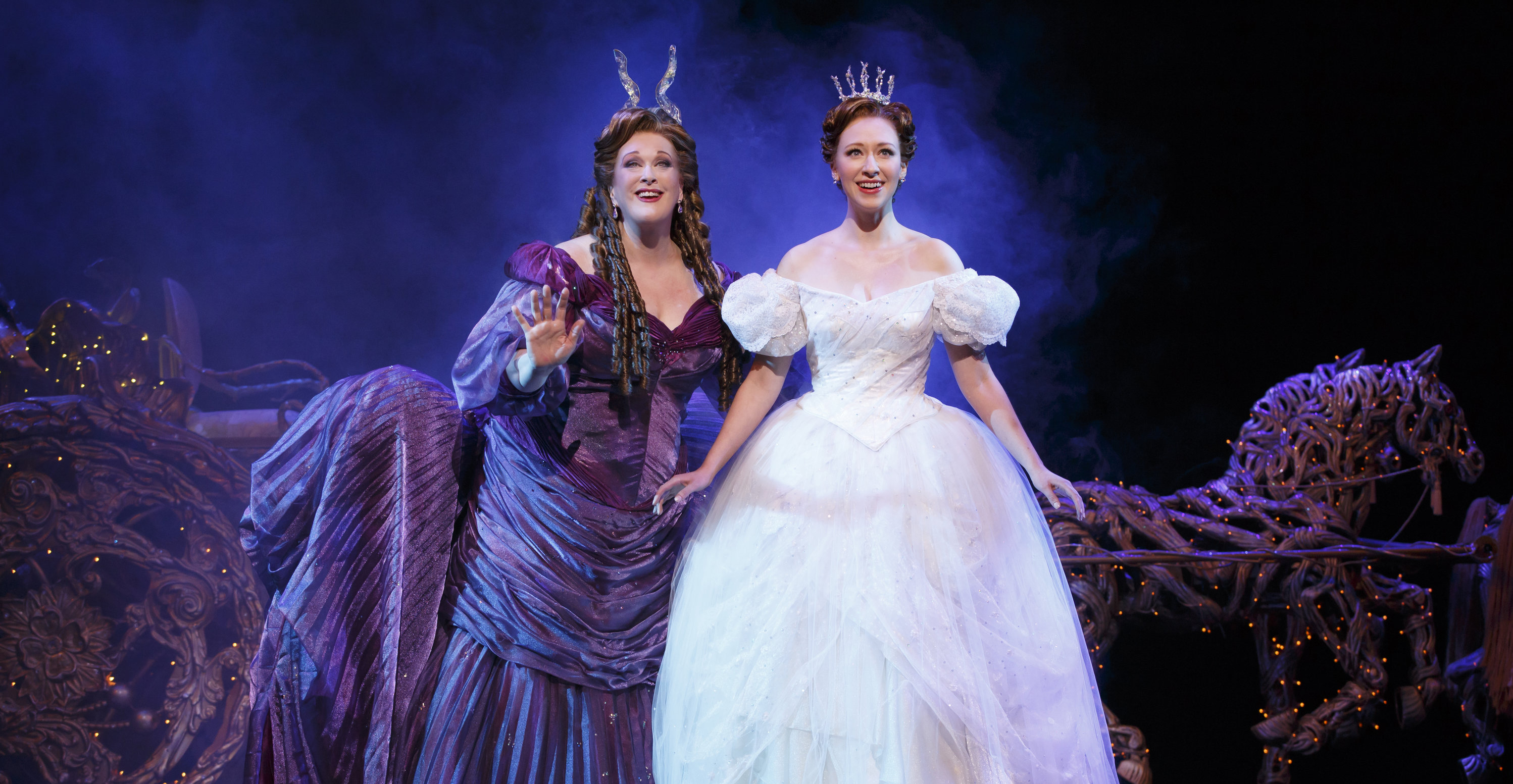 With its fresh new take on the beloved tale of a young woman who is transformed from a chambermaid into a princess, this hilarious and romantic ‘Cinderella’ combines the story’s classic elements – a transparent pair of footwear, pumpkin, and a beautiful ball along with some surprising twists. More than just a pretty face with the right shoe size, this Cinderella is a contemporary figure living in a fairytale setting.

THE ROMANTIC MAGIC IS BACK

When you’re all Panned out from Peter and Ozed out from Wizards, it only makes sense to come home for the holidays with a glass slipper tale to stoke the coals in your heart.  Rogers and Hammerstein’s Cinderella is both a magic maker and nostalgic shaker to bridge the age gap in Toronto.

Now on stage at Ed Mirvish theatre, Douglas Carter Beane’s book is injected by the music and lyrics by Rogers and Hammerstein gleaned from their archives as well as the more familiar pieces, this latest creation aims to appeal to a different generation.

This prince is more nuanced. ‘Ella’ is somewhat more responsible for her own future. One of the step-sisters is even nice. It takes some adjustment, but after awhile one must admit this newer-than-new version has great visual and emotional appeal.

Kaitlyn Davidson makes a delightfully likable title character– smart, if somewhat despairing and more wowed than swept off her feet.

Andy Huntington Jones gives the prince (and he gets a nickname too: Topher) a youthful bashfulness which works far better than the overt sense of privilege one usually sees.

Indeed, all the cast do well. The show proves to be a festival of singing and colorful dancing, with characters kept just stereotypical enough to be fun and lighthearted.

This Cinderella has many charms. One of the best is the Tony-winning costuming of William Ivey Long, which is quite literally jaw dropping.

And, of course, even as there is more social commentary, and a significant increase in political correctness, there is the classic Broadway choreography of Josh Rhodes sweeping through the piece under the watchful eye of director Mark Brokaw, who still leads us to the romantic magic of it all.

Hear us now or hear us later when we say take the kids, your neighbour’s kids, grandma or the elderly gentleman who lives down the street for a memorable theatrical event that leaves all the worries of the day far behind.