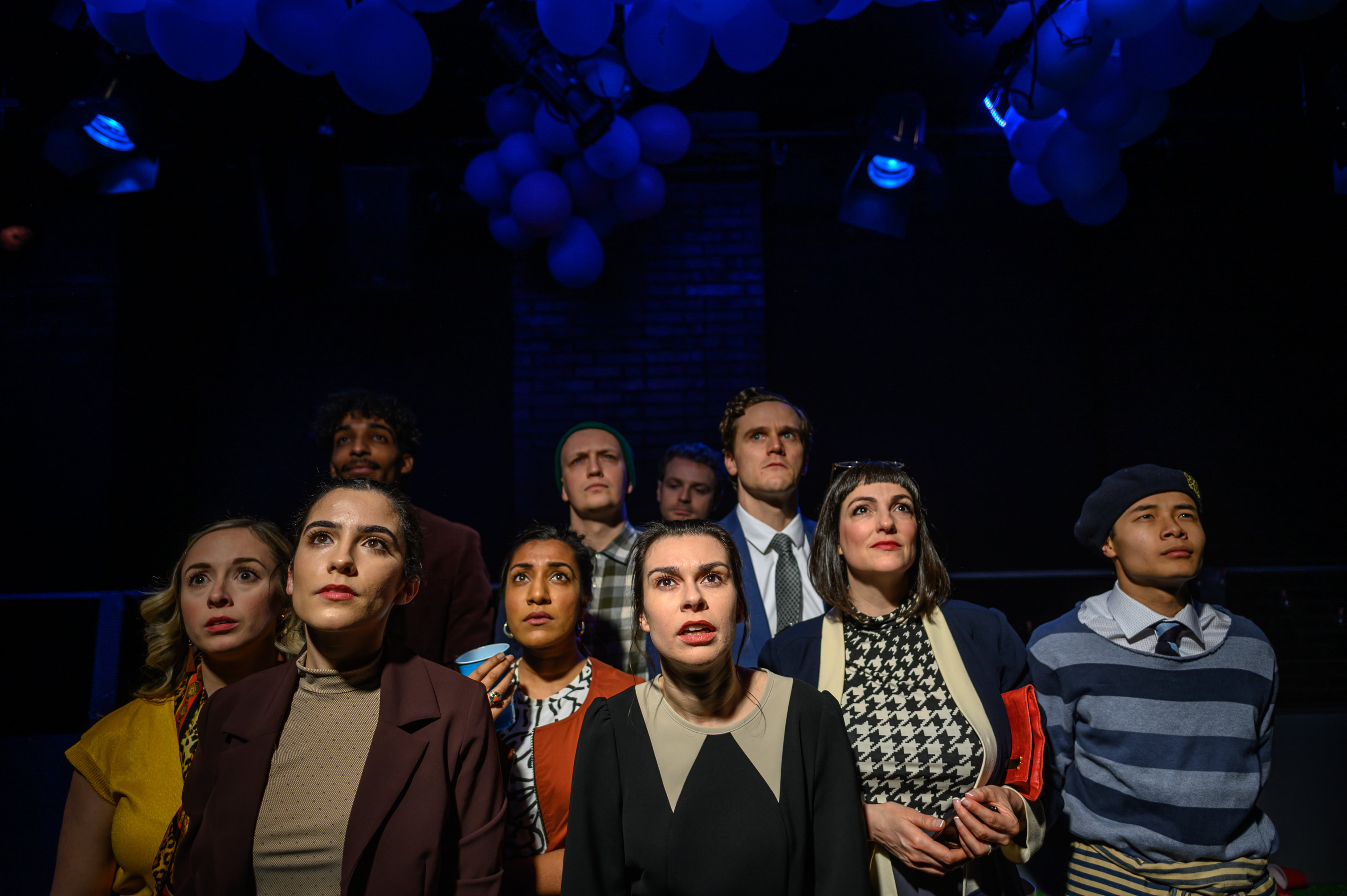 Indie darlings The Howland Company plays to win in Casimir and Caroline where visual pleasantries and artful movement go a long way in ensuring this project makes its way to a Dora Award nominee shortlist.  The sleeper hit of the month has audiences giggling at Streetcar Crow’s Nest until February 7, 2020.

AN OUT OF CONTROL COMEDY

Anyone who has worked in a corporate environment can tell you first hand that landing in such a cozy environment has its ongoing trials and tribulations.  Politics, bad management, profit-margins and utter discouragement are just a few of the darker shades of ugly you have to greet with a smile if you want to stay on a payroll.

Paolo Santalucia’s adaptation of the Ödön von Horváth’s tale speaks to this collective misery in a bitingly funny production that leans on the disengagement of two lovers to underscore the limitless boundaries of behavioural anomalies at an out-of-office party where drinks pour as freely as the emotional disturbances.

This setting, after all, is ground zero for awkward situations and jagged confrontations especially when it involves first world Millenial problems. You won’t find any rainbows or unicorns  throughout the multi-layered social study where no one can really trust anyone to do the right thing.

Casimir (Alexander Crowther) and Caroline (Hallie Seline) call it quits at a workplace outing when the conlusion is made their relationship feels a bit too heavy.

Cooler heads can prevail to make amends but when coworker Sanders (Michael Ayres) enters the picture for a distraction and sleezeball manager Rankin (James Graham) moves in to stake his claim, it’s anyone’s guess who rides off into the sunset with newly available Caroline.

There’s so much laughter to be had in this out of control comedy that proves what doesn’t kill you only makes you stronger.   That credit goes to the smart ensemblers capturing the insanity of the various moments including spazzy HR Specialist, Mary (Veronica Hortiguela) and intern lackey, Trevor (Michael Chiem).

It is, however, James Graham’s hilarious meltdown as Rankin that delivers the authentic ‘fun wow’ moment worthy of the price of admission alone.

Moving forward not backward is the key take away from Casimir and Caroline.  None of us can control life’s suckiness but you either roll with the punches or inevitably get left behind.