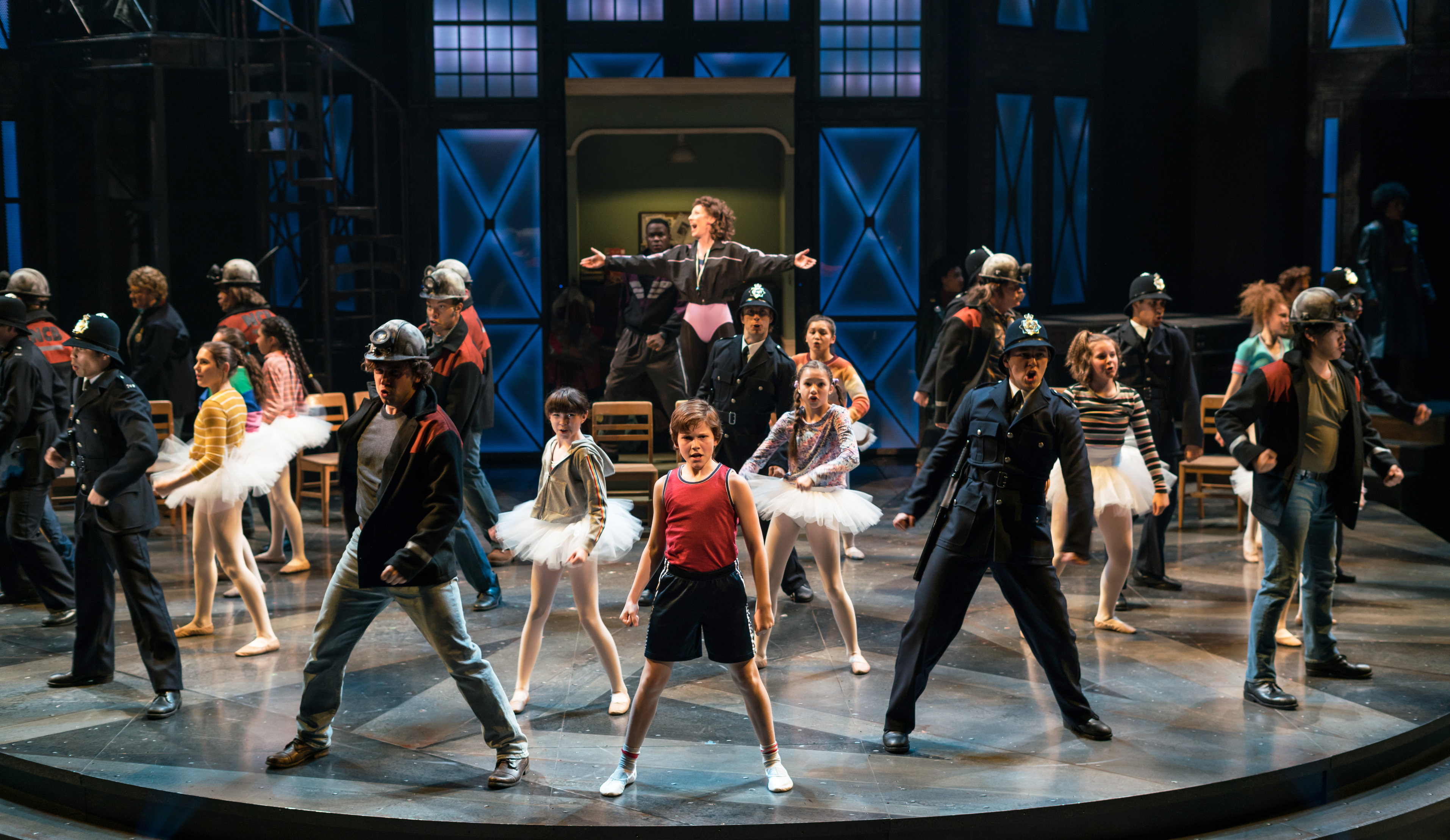 When the going gets tough, the tough get going in Billy Elliott The Musical on stage at Stratford’s Festival Theatre until November 3, 2019. Nolen Dubuc as Billy (centre in red) approaches the starring role with bona fide juvenile courage.

POLISHED TO A SHINE

The wait has been long and the anticipation high for the Ontario return of Billy Elliott since it last touched down here.

And if you plan on staging a home grown musical that previously walked away with 10 Tony Awards when it trounced Broadway, producers have but one chance to get it right or risk more fists in the air than a picket line outside a coal mine.

Fortunately for theatre lovers, the Stratford Festival has delivered in spades.

While Donna Feore’s musical vision is polished to a shine there’s a strong feeling that many other blemish free creative forces are at work here. Sensitively directed every step of the way, her ability to prevent the action from seeping into melodrama and instead honing in on the character’s complex array of emotions is nothing short of remarkable.

More than this, the ensemble succeeds in establishing an appropriate rhythm to give the production a truly organic feel.

Is it lyricist Lee Hall along with composer Elton John who can take the longest bow for this accomplishment? While the jury is still out on that one, Billy Elliot is an experience so moving and powerful, it may very well change the way you view musical theatre.

At the core of this captivating English story is a labour dispute amid a changing political landscape. A steadfast father, Jackie(Dan Chameroy), wants the best for Billy (Nolen Dubuc), who dreams of an even better life when introduced to ballet and sees a whole new world that awaits him.

A struggle involving acceptance on multiple levels ensues within an often amusing yet always breathtaking narrative framework. One of the show’s most visceral scene comes at the end of Act I when a torn Billy is confronted by a line of police riot shields, a metaphor for the young dancer’s own obstructive barriers.

Crisp choreography is the true element that brings audiences to its feet. With that said, Nolen Dubuc convincingly conveys conflict with brawn and esteem in a display of vigorous body movement.

The Stratford Festival’s presentation of Billy Elliot The Musical isn’t a show deserving two thumbs up but rather 2,000.