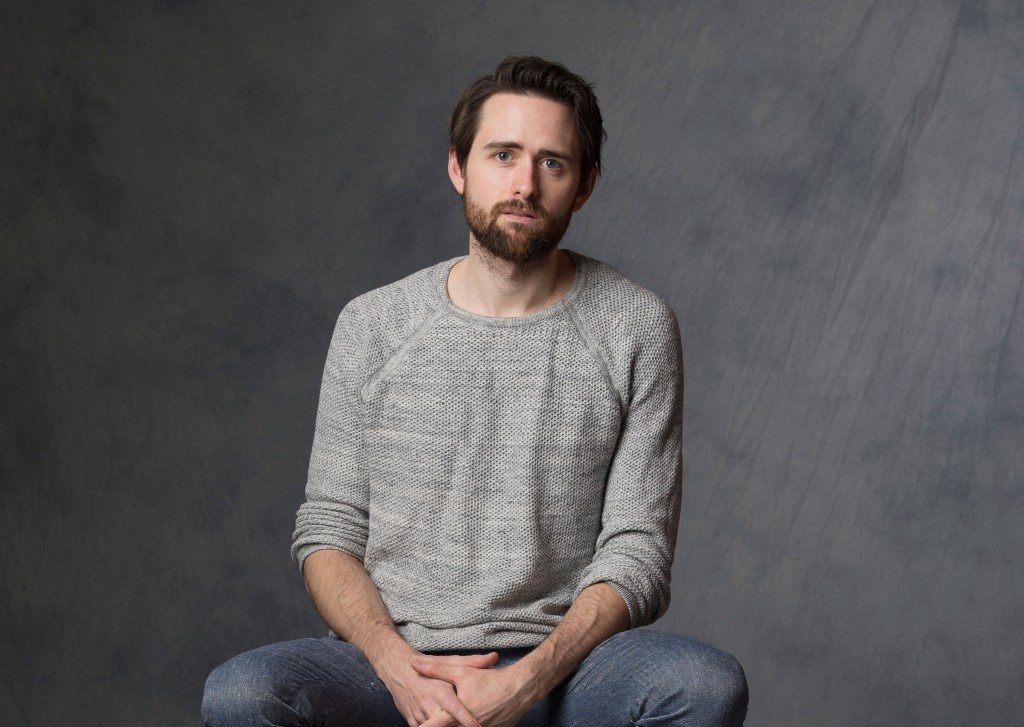 True or false: Ben Sanders has been chronically late and anxious his entire life.

If you guessed the prior, you know why this makes him a suitable fit as White Rabbit in the Shaw Festival’s presentation of Alice In Wonderland on stage now at the Shaw Festival until October 16, 2016. It’s a style—combined with the adaptation’s fantastical elements—that he’s not tackled for young audiences before. And watching him wade into classical text to find a personal spin on the familiar character is reason enough to believe that he’s priming for new Canadian work like never before.

No two artists view their approach to acting the same way. Perpetually calm, cool, and collected, Ben Sanders is the real deal.

What fascinates you most about the acting craft?
I was always fascinated by chameleonic artists—people who I don’t necessarily recognize from role-to-role. I think the lure of transformation in performance is what drew me to acting.

Now, I find myself more interested in simpler moments of honesty or vulnerability. When I see Fiona Byrne or Ric Reid, I’m baffled – I don’t know how they do what they do so well.

Is acting an art that anyone can succeed at with training or are there natural traits one must possess to excel in this discipline?
We unduly flatter ourselves when we say that anyone can learn – we’d like to think it’s thanks to our hard work and ingenuity that we can do what we do.
The truth is, most actors haven’t the faintest idea how they do it. It’s always a unique combination of natural talent, training/discipline, and luck. It’s a mixture of those three elements, and no one could tell you with any certainty how much of each.

Marlon Brando once stated that acting is the expression of a “neurotic impulse.” Do you agree?
I do refer to myself as neurotic. I think it relates to my previous answer – not knowing how we do what we do.

Not only do we have a limited grasp of our skills, but we never have real command of our instrument, because our instrument is ourselves. The self is a moving target—you’re constantly changing and growing, whether you like it or not. Trusting yourself is a challenge.

Just the other night, one of the bravest, most confident, irrefutably talented actors I’ve ever met told me that she wants to stop acting because she no longer feels comfortable being watched.

And one the most acclaimed actors in the country has told me that he’s still haunted by the fear that he’s a total fraud, and that with every new role, he’s convinced that this time, he’ll finally be found out for the hack and charlatan that he is.

Both are doing brilliant work this season.

Who is more important to the production—the actor or the director?
I’ve heard directors say that the success of their work is 85% good casting.
But I’ve also seen directors work miracles with subpar casts. And I’ve witnessed world-class casts fail because they didn’t get what they needed from a director. The truth is that every production is its own unique cocktail, and if it works, it’s because the different ingredients were in balance.

Often, the director is most important as they tend to guide all aspects of a production. But sometimes, it’s the cast, or just one actor, or the playwright, or a particularly brilliant design that makes it all work.

And hey, sometimes even the stage manager!

When you flip through a script searching for a character that you may audition for, what criteria catches your eye?
When you’re starting out as a young man, you tend to think of yourself in terms of Romeo, Mercutio, or Tybalt. But as you learn more about yourself, you look for more subtle cues that this might be a good role for you.

Qualities I often play include neurotic, intellectual, either upper or lower class (rarely middle), either rebellious or very obsequious, smug, knowing, romantically doomed. These are not the most desirable qualities in a person, but that doesn’t mean they aren’t tantalizing to play.

When you’re looking at a script, you look for a combination of the qualities you know you can play. And the ones you haven’t tried yet—that scare or excite you. Constantly introducing some unfamiliar elements into your repertoire is how you grow.

Tell me about a role that you played where something went horribly/laughably wrong on stage but you/cast covered up the best you could.
Oh, how I wish I had a good story to answer this question!
Lots of things have gone wrong, but usually in a way that’s small and only funny only to us.

Name one stage actor that tops your list of all-time favourites.
David Fox. Until I saw him, I didn’t think you could get away with that level of spontaneity and still serve the play.

I remember seeing him in the Toronto Fringe Festival, and thinking of the old trope about an actor so good, you could watch them read the phone book and it would be fantastic.

Well, to my surprise, as part of the play, his character actually pulled out a phone book and read through a considerable chunk of it–and it was fantastic!

What do you think the secret is to longevity in this business?
I wish I knew!

I think the actors with longevity constantly rediscover what they love about it, or at least reconnect to their curiosity.

I’ve also noticed a lot of successful actors consistently bring integrity to the smallest of roles, as well as the big ones, and on very small stages, as well as very big ones – it’s a cyclical business, and you have to set out to contribute to the play in whatever way you can, large or small, in that moment.