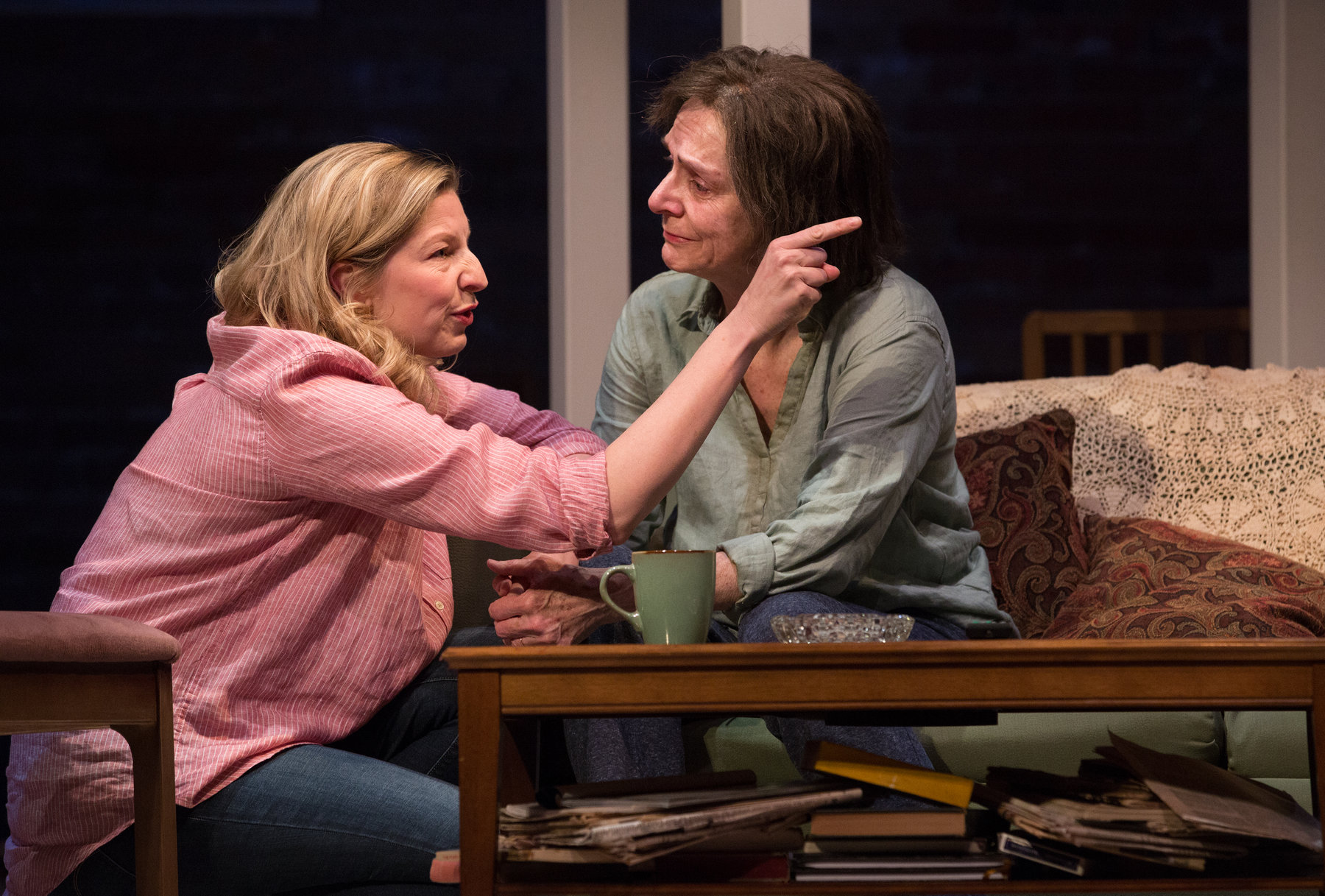 Maev Beaty’s Barbara (left) shares the pain with Nancy Palk as Violet (right) when the wheels of their lives have clearly fallen off. Never before has a play pulled off quite the same kind of dark twists as August: Osage County on stage now at the Young Centre for the Performing Arts until June 24, 2019.

What happens when you mix a devastatingly portrait with dark humour, deeply held secrets and metaphorical undertones of abandonment?

The answer is the August: Osage County, an astonishingly assured Pulitzer Prize winning play where audiences are exposed to desperate and unsettling moving pieces through the lives of the grossly imperfect Weston family.

This is a highly entertaining tale of human resilience when a poignant plot unfolds in the sweltering heat of rural Oklahoma where academic patriarch Beverly (Diego Matamoros) suddenly disappears.   Siblings descend upon the family home and everyone’s mood it seems is relatively upbeat and supportive.

Don’t get too comfy. Within due time intensity and bouts of surprising behaviour begin to flare as the Weston’s attempt to resolve issues using antagonizing truths and sardonic melodrama.

At the core of this unforgettable story is Violet Weston (Nancy Palk), a pill popping, tell it like it is mother and the extended family of her three daughters – a marriage troubled Barbara (Maev Beaty), a perpetually single Ivy (Michelle Monteith), and bride-to-be Karen (Raquel Duffy).

Despite the sometimes spirited debates and disturbing elements that surface, the portrait remains somber yet heartfelt as they attempt to salvage what little remains of their relationships.

Throw in superb and compelling performances from an ensemble including Ari Cohen and Kevin Blanchard and this three-hour journey flies by like a rollercoaster ride without a safety bar.  This can be credited to director Jackie Maxwell’s devotion to honest portrayals which infuse an impeccably rendered production.

Yet it’s playwright Tracy Letts brilliantly layeredmasterpiece that gives performers depth and latitude that makes the play predating the Academy Award nominated the movie such a mesmerizing experience.

Soulpepper’s staging undoubtedly goes down as one of the city’s wittiest and most sophisticated plays of 2019. One that will make you feel comfortably at home in Osage County.