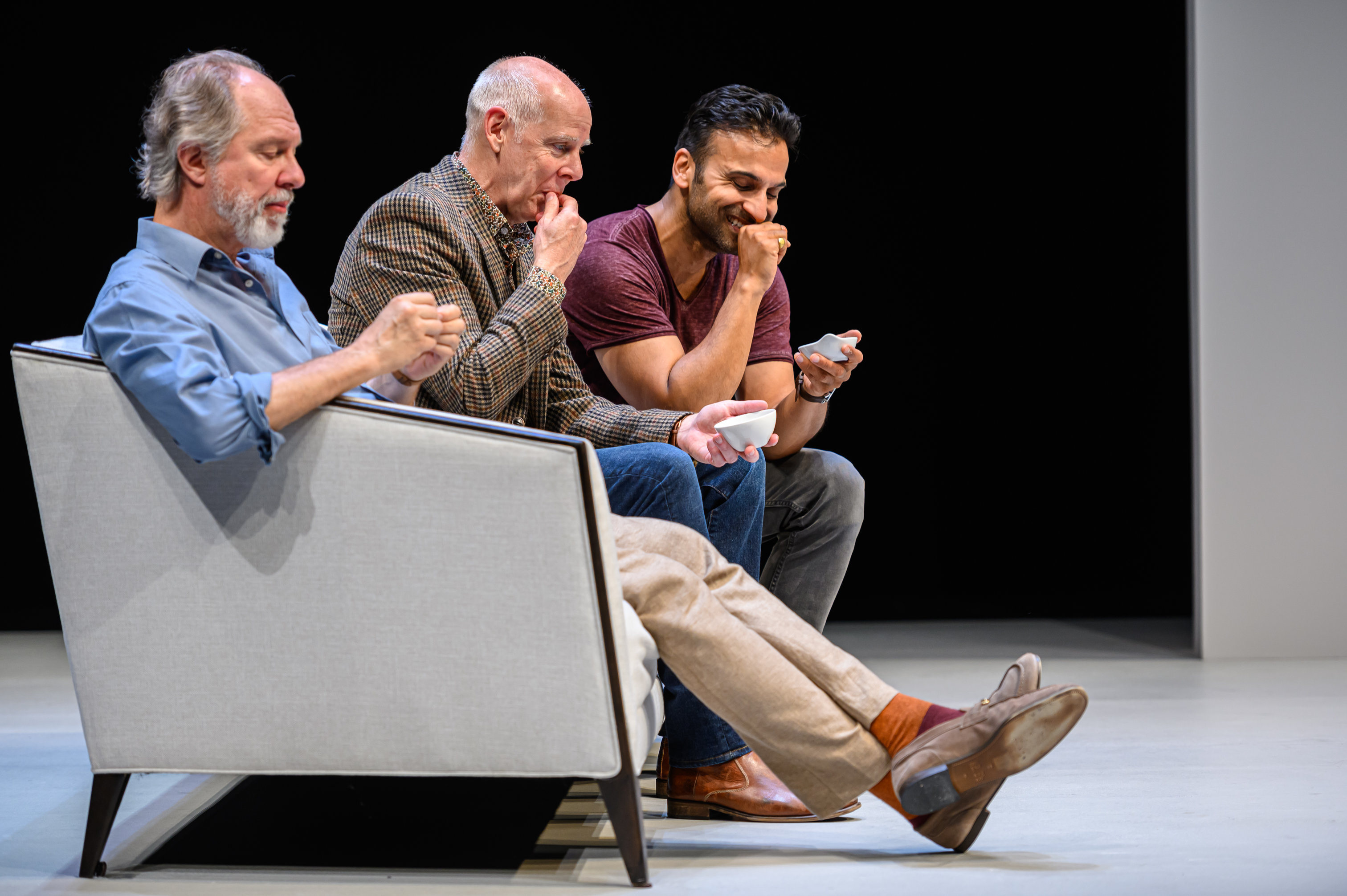 Throughout the far reaches of the Twitterverse, opposing opinions among strangers are tossed around carelessly with complete disregard for the perspectives of others. Here in the real world, conflicting conjecture between long time allies must be approached with extreme delicacy otherwise the situation may look a lot like Yasmina Reza’s hoot and a half comedy Art.

Most of us learned a long time ago there are two subjects you avoid like the plague if you want to avoid a debilitating debate—politics and religion.

While a few others have learned the hard way, you need to add ‘art’ to that list, oh boy can it ever trigger comical divisiveness that has the capacity to shred friendships with more ease than tissue paper.

This is the play theatregoers felt would change everything after the Tony Award winning story debuted in the mid 90s. Beauty may be in the eye of the beholder but, sadly, few storytellers could replicate the sinister satire and razor sharp wit gifted by Yasmena Reza.

In fine fashion, stage stalwarts Oliver Dennis and Diego Matamoros combine performance might to give Soulpeper newcomer Huse Madhavji what must feel like a production run of a lifetime.

Art is what happens when relentless quibble festers into flat out tantrums and personal attacks on a 15-year old friendship that turns on the weakest link as the only means to an end.

The mischief starts when Serge (Diego Matamoros) acquires a harmless painting for a not-so-modest $200K.

Marc (Oliver Dennis) fails to see the logic (as well as the lines) in the purchase and simply cannot let the matters rest.

Serge would feel respected with the words “I don’t get it, I can’t grasp it’ yet Marc’s hurtful response that it’s a ‘piece of white sh*t’ drives the wonderously whimsical wedge even deeper.

That’s when the perpetual push around, Yvan (Huse Madhavji), is drawn into the debate at which time relationships show signs of irreversible tatter. A high level analysis—of anything and everything it seems—ensues keeping audiences in stitches from beginning to end.

One of the most hysterically funny moments comes when Yvan goes off on a wild rant about his wedding invitation crisis. It’s one of the few scenes where the play deviates from the contention at hand and worth every second of its unbridled madcap.  Huse Madhavji is so credible as a fickle stationary retailer under matrimonial pressure; you’d swear the part was written with him specifically in mind.

Whether you buy into the argument pictorial accessories are meant to be observed, interpreted, or felt, Soulpepper Theatre Company’s smartly framed presentation proves that no only is Art a laughing matter, it’s downright priceless in the right light.