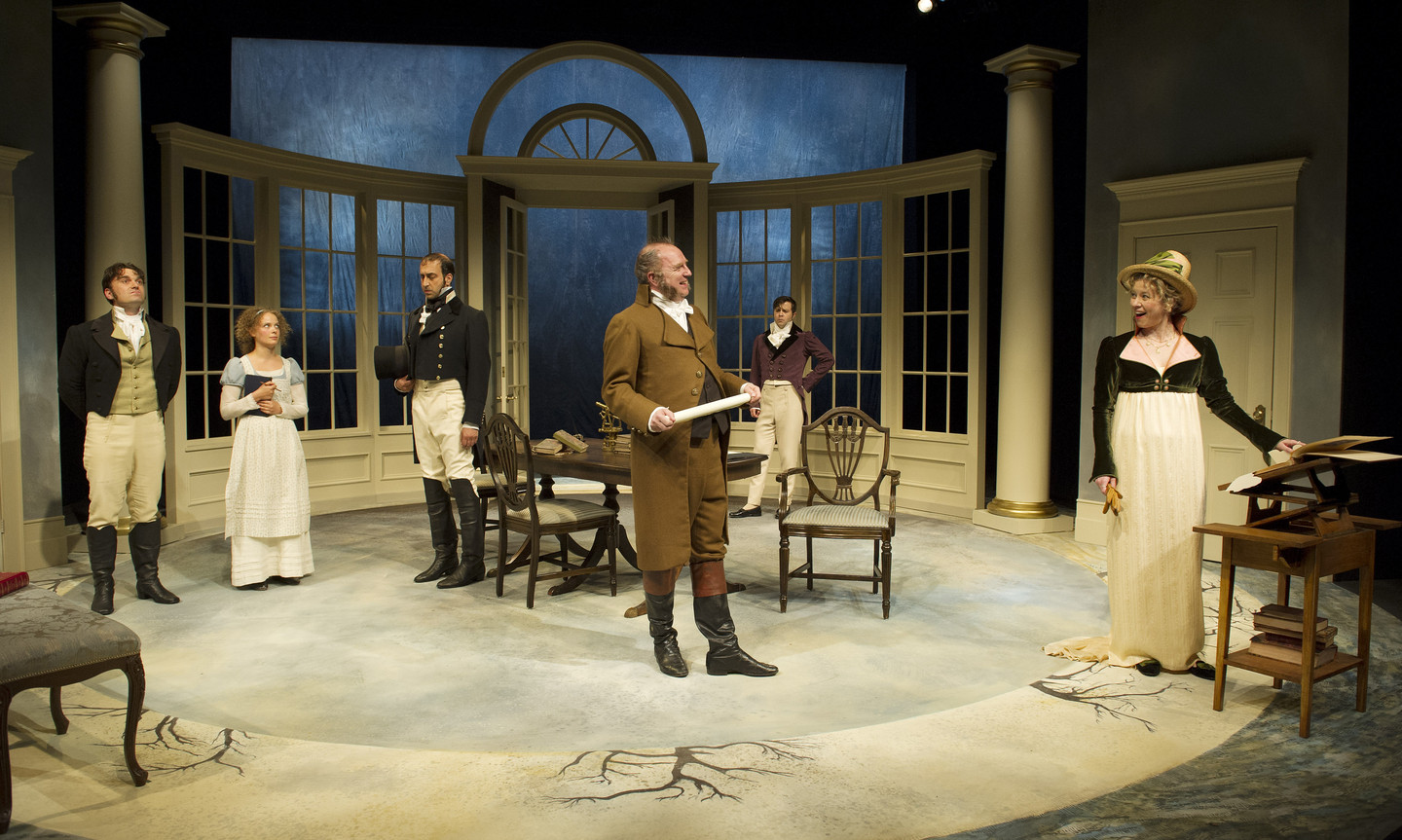 Threads of sexual interest and intrigue woven tightly in a story guaranteed to excite those ‘wanting to know.’ Arcadia is witty, intellectually detailed, and brimming with language, landscapes and thermodynamics.

A RICH SENSE OF HISTORY

The worlds of 1809 and the present day dance with each other as magically in Eda Holmes remount of the Shaw Festival’s smash hit Arcadia as they did a decade and a half ago, at the birth of Tom Stoppard’s enchanting play.

Assembling a solid cast for, she remains faithful to the humane underpinnings of the piece, which has an erudition that is not so much intimidating as touching. You leave with a reinvigorated admiration for Stoppard’s gifts, for the gratifying warmth with which he paints his characters, for the breadth of ideas he so seductively and amusingly imparts.

The dozen actors form a seamless ensemble, and even those filling the smallest roles are swell. Stoppard superbly manages the task of having these two disparate periods speak to each other — and wittily reveals the ways in which experts’ interpretations of events in the past can be wildly off base.

It all takes place in Sidley Park, ancestral home of the Coverlys, a wealthy English family in which the primary responsibility of Septimus Hodge is educating (in more ways than one) the precocious, scientifically clairvoyant Thomasina.

One of the play’s marvels is the rich sense of history and personality that every major character projects, and what about them that might seem peripheral turns out to contribute to some essential aspect of Arcadia.

This one is a story you’ll carry with you for a long time. The return of classic theatre in Toronto this fall doesn’t get any better than this.