ANDROCLES AND THE LION 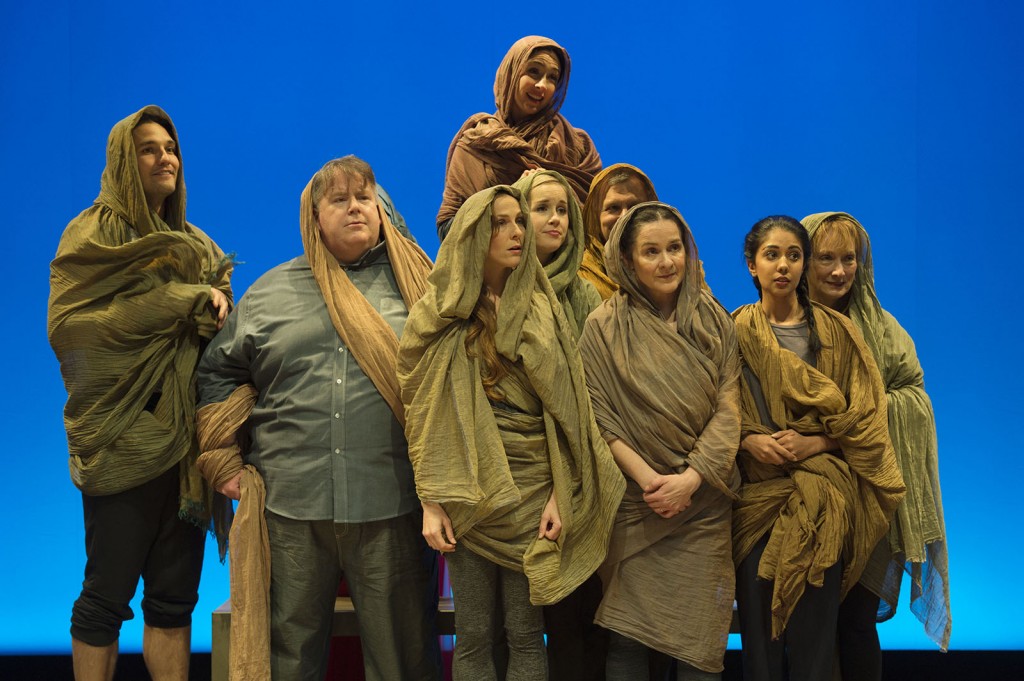 People tend to look in one direction for answers when Bernard Shaw encourages the masses to look all around in the Shaw Festival presentation of Andronicles And The Lion. Two way theatre reaches a unique intersection in this not so ordinary story that gets an extraordinary staging

Some say director Tim Caroll must have fallen down a staircase and suffered a nasty bump on the head for some of the experimental decisions behind his casual summer showcase at the Courthouse Theatre but not us.

Let it be stated, however, we have taken a few tumbles of our own this past decade and with the exception of learning how to read/write Cantonese without any classroom instruction, absolutely no evidence of brain trauma persists.

Now it’s one thing for a dimensionally miniature story like Androcles and The Lion to find a place in the 327 seater where so many more extravagant productions have made history.  Yet wait until you see what’s happening in this particular offering and try to convince yourself you’re not an agent of change like the cast of 14 have positioned themselves.

That’s because Mr. Caroll builds the case that if audiences are evolving should a theatre company not be as well?   He’s not just making new theatre, he’s making new theatre differently.  Purists may raise an eyebrow at it all, humourists just can’t get enough.

A stripped down ensemble (no coloruful wigs or decadent costumes) are hard at work staying on and off script where playgoer interaction is plentiful. Not only do does this remove theatre’s colloquial fourth wall, their actions darn well take a wrecking ball to the first, second and third as well.

Androcles and The Lion is a comically spiral tale of one of the most uncomfortable times for Christians when hungry four legged beasts never seemed to get enough dinner. It’s by no means GBH at his very best but this rarely performed work is the playwright at is always promising.

And when the thoughts/stories of patrons sitting next to you pop up in the production, it’s an astonishingly uplifting experience that raises the question how many more classical plays can facilitate a similar transformation if only the effort is made.

ANDROCLES AND THE LION