AND SO IT GOES 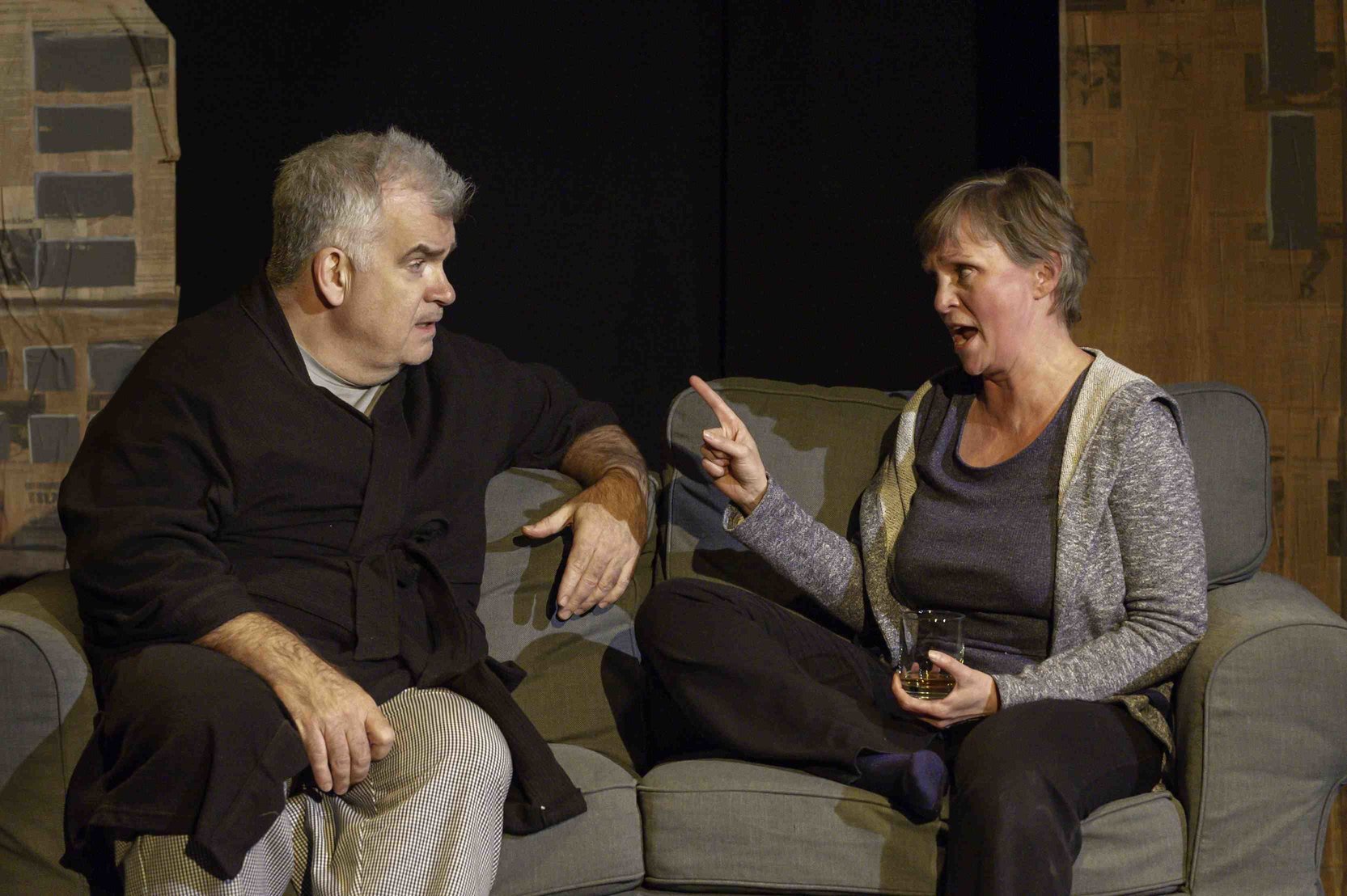 Few can avoid bitterness over life’s major disappointments.   A play of ‘contradictory thoughts, And So It Goes shows that our concrete jungle shows little pity for the true fighters.

It seems like forever and a day ago that English singer songwriter Nick Lowe charmed out ‘And so it goes…the way it’s going nobody knows.’   Flash forward to 2019 and the fact remains that none of us do either.

Which is the primary reason you want to immerse yourself in a family nightmare at the Pia Bouman Scotiabank Theatre this month where more lows are being dealt than highs for a father, mother and daughter with friends in dead places trying hard to help them live to see another day.

For this reason alone, you want to be George F. Walkered for a stroll down life’s less sunny side of the street for emotional tumult and sporadic giggles.   The playwright/director hits you directly between the eyes with this tale of deteriorating mental health and bypasses all its complex issues.

Instead, buckle up for misery, mayhem and fast flowing dialogue that feels one part sofa talk, one part urban survival story.

Karen (Tyshia Drake) is more than high strung. Normal at age 23 but not at 24, she’s not partial to aggressive, threatening behavior or people who leer at her breasts. Schizophrenic and lost, the lonely child is a powder keg of frustration and confusion with medication having an even more devastating effect to life.

School teacher Gwen (Deborah Drakeford) is at wits end herself over her delicate state of her daughter but she gets little to no support from husband, Ned (Dan Willmott), which prompts her to rely on conversations on the fly with Kurt Vonnegut (Scott McCulloch)

Jobless, homeless and fearless, this is the worst of family circumstances that calls for maximum hostility overdrive in sorting out the irreversible.

If you like your comedy dark, your action undistracted, and loose ends tied with a double knot in a story, And So It Goes flawless fable that makes you appreciate how you good you really have it.