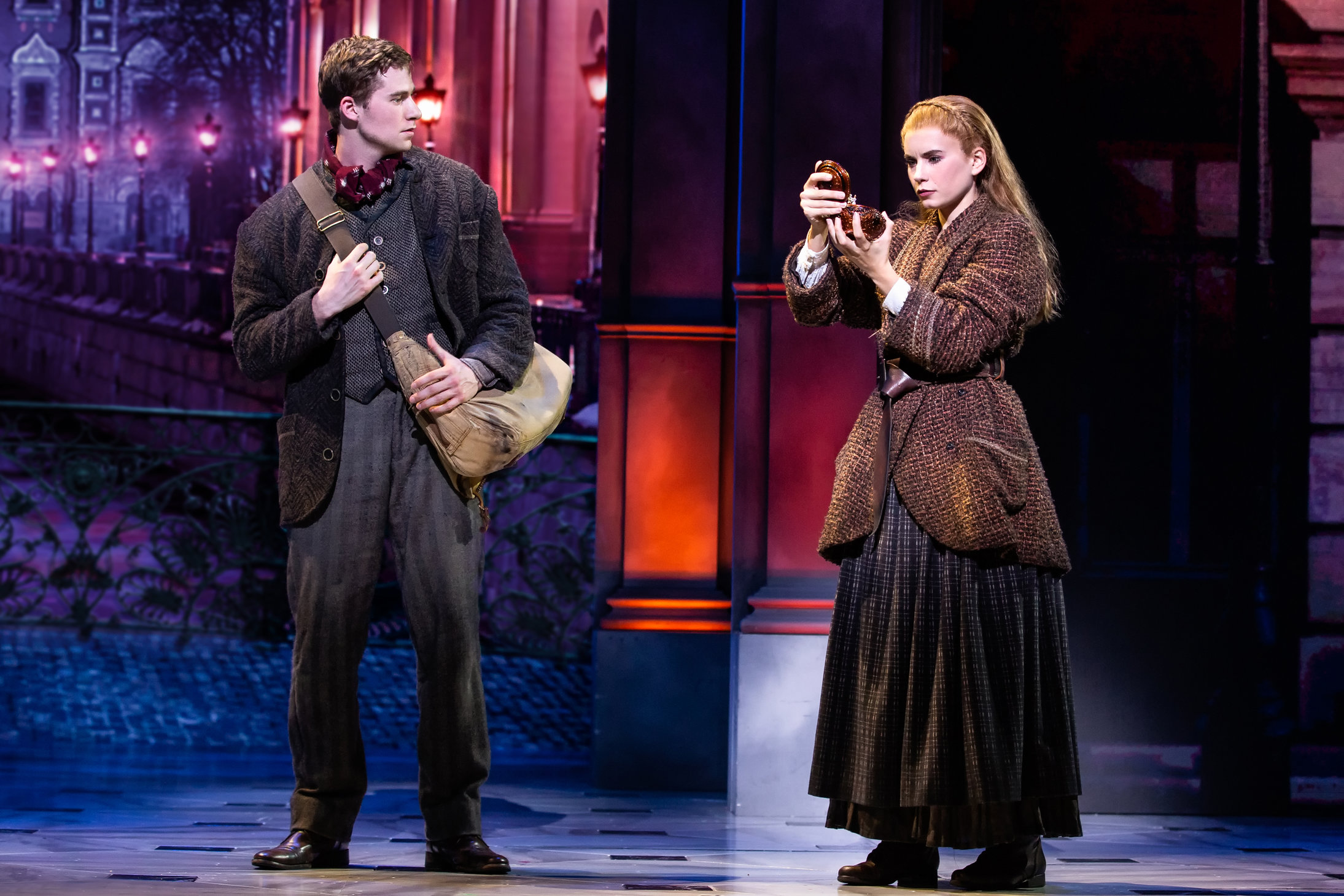 Faded memories become increasingly more clear when Lily Coogan as Anya (right) strangely recognizes a music box thanks to Jake Levy as Dimitry (left). This dazzling musical transports audiences from the twilight of the Russian Empire to the euphoria of Paris in the 1920s, as a brave young woman sets out to connect the dots of past. Anastasia plays the Ed Mirvish Theatre until January 12, 2020.

One of the most tragic political events of our modern era revolves around the 1918 October Revolution and the execution of the Romanov’s—Russia’s imperial family with less than stellar history of leading a nation. Bolshevik radicals took no prisoners in their rampage but to think both an unpopular and defenseless Czar and Czarina plus their 5 children were masacred is about as barbaric as it gets.

Did the family survey and instead hidden away for the rest of their days? Was there at least one survivor who would live on as the rightful heir to the throne?   Everyone, it seems, has their own beliefs but no one will ever know for sure.

Leave it to Terrence McNally to take this foundation horrific historical juncture and transform it into a love story and adventure with ardently performed musical numbers, delectable choreography and a such technical greatness that makes you feel that you’re anywhere but downtown Toronto with floating clouds, falling snowfakes and moving cars and train projected behind the performers.

Dimitry (Jake Levy) and Vlad (Edward Staudenmayer) attempt to pull of the impossible by auditioning young women they call deceive the world as being the surviving Grand Duchess, Anastasia Romanov.

The go-nowhere task is at its end until a ‘freightened little street sweeper’ comes forward, Anya (Lila Coogan) to seek exit papers for a new home in France. Neither Dimitry or Vlad can believe their eyes or ears and this might be the break they desperately seek. The irony of the moment is palpable.

‘How do you become the person you forget you ever were,’ reasons Anya.

Just one small issue, however.   Gleb (Jason Michael Evans) is on the look out for any self-proclaimed Romanov and a loaded handgun will swiftly bring their plan to an end.

The show has some fantastic nail-biting moments with nonstop with internal conflicts during its 2.5 hour telling but that’s nothing compared to the powerful vocals of a cast that could shake the windows of the Kremlin and the elegance of the costumes in which they don.

Tales about identity and self-discovery are nothing new to the theatre landscape but something to strong resonates from this show making it a perfect holiday gift. Not