ALEGRIA – IN A NEW LIGHT 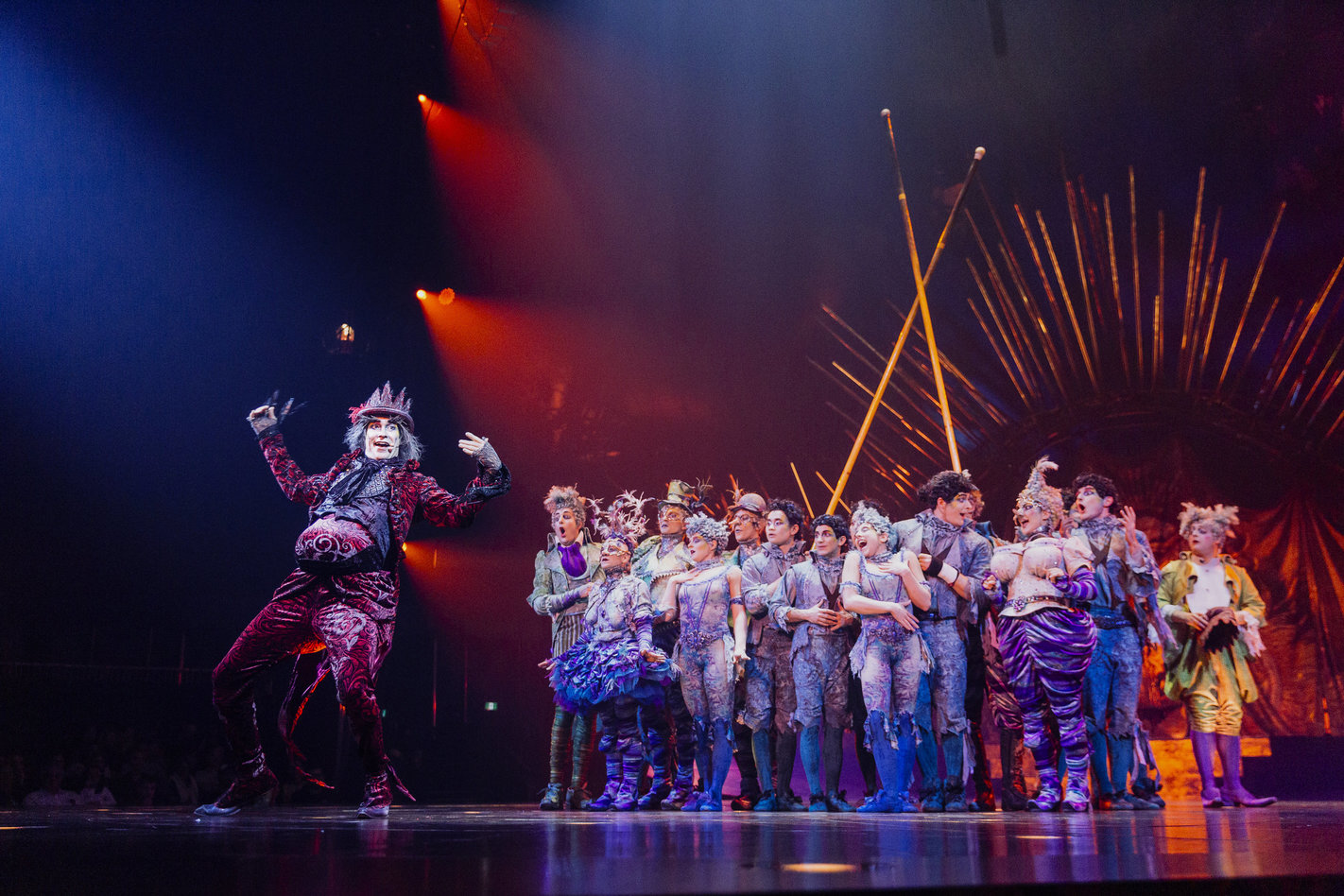 Alegria makes its valiant return in the Grand Chapiteau at Ontario Place until December 1, 2019 with very little that’s recognizable from the 1994 debut. This new movement spectacle provides total escape from the worries of the day throughout its 120 minutes of bona fide dazzle.

There’s no point reminding anyone that the wait for a Cirque du Soleil show to touch down in Toronto feels longer than it takes for Halley’s Comet to do an earthly flyby. You can stare at the calendar day and night but you simply cannot speed up time.

And with more than 14 million people congregating for past productions of Alegria over two decades, the company always seems at risk of plateauing instead of exceeding expectations during its next visit.

This time around, the solution is simple: Retool what’s already worked for a new generation and take it up a notch to deliver physical fabulousness and maximum wow.

Aside from the conventional glitter and glamour that comes with each creation, Alegria – In A New Light is the best form of therapy to combat the doldrums normalcy. Acro-artistry comes alive with intrepid lighting and costumes as always and the high-flying bodies takes the breath away from everyone under the Big Top.

Funny doses of sketch comedy separate the impeccable balancing acts of these hot shot muscle men and women whose endurance and dexterity and goes beyond what’s imaginable. It’s easy to conclude that these performance phenoms who defy the gravity in their artful styling wrote the book on thrills and chills.

The epidemy of adorable comes when two pistol packing clowns settle for hugs rather than haste.

Yet one of the most euphoric moments comes when a few snowflakes give way to zero visibility when a blustery snow storm seizes the venue to the delight of children and grown-ups.   The subsequent fire stick twirlers, set to pounding of heavy percussion, provides novel techniques in making tasty S’mores for your next backyard get together.

Act II kicks off with modified version of the title song and the two bodies than dangle from ropes is what dreams on a big fluffy cloud are made of.

Tipped with choreography that pops, the calculated charm and mixed mood that drives the offering delivers such a sense of physical, spiritual and mental freedom that its impossible to want this presentation to end.

Upon its conclusion when a dozen artists hover high above a trampoline for Alegria – In A New Light’s one final showstopper, you can’t help but feel you shared in something as important to them as it was for you.

And if that’s not what true art is all about then its time re-evaluate our basic sensory response mechanisms.