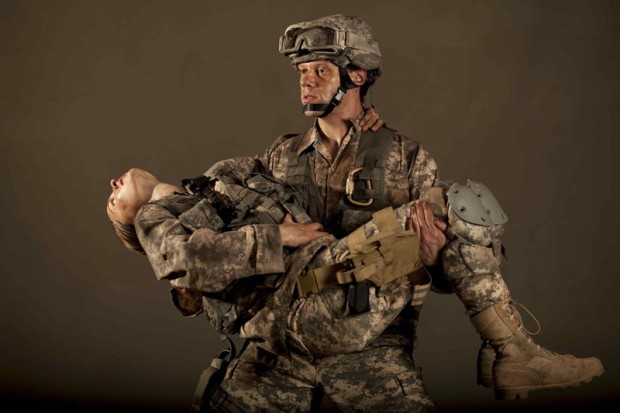 The instinct for survival takes on new meaning in ‘A ‘Soldier’sTale’ which makes a Toronto debut before returning in summer 2014.

Military leaders have learned the hard way that you can’t send troops to the front lines without inheriting psychologically damaged goods along the road to peace. The Signal Theatre and DanceWorks artsy presentation of A Soldier’s Tale not only looks at the anger that percolates under the surface, it proves that the healing process is by no means an easy fix.

This is a dance project that smartly demands text, a drama that freely lends itself to movement. To armour the strategic creation with both disciplines is a warmly welcomed gesture for indie theatre’s great leap forward.

Hybrid art pieces stay clear of character driven story lines and captivating dialogue that serve as memorable theatre. The harsh silence of post-traumatic stress in A Soldier Story is a tactical response to the ripple effects of conflict and every bit worthy of examination.