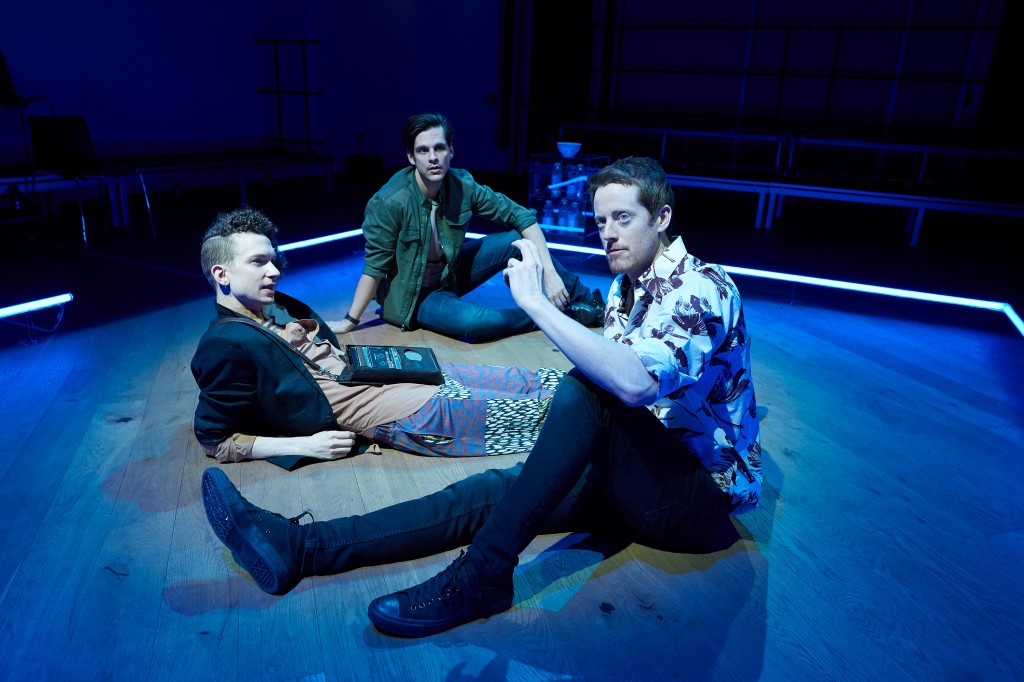 The cast of Necessary Angel Theatre’s A City want you to know that lack of nutritional value in vitamin water and the need for gardening permits are the least of our worries when the window view of life keeps changing around us.

It goes without saying that everyone has been influenced by someone else who has had an indelible effect on our existence in which we’ve inevitably had to say goodbye to—a teacher, a mentor, a lover.   And it’s not until they’re gone—usually without a final farewell—is one overcome by a sinking feeling of regret and emptiness.

Was it the person that was lost or perhaps a time and place that’s disappeared forever?

Playwright Greg MacArthur is in good hands conveying this idea with award winning director Jennifer Tarver  illustrating the reverberations of change that we never see coming until it’s too late.

This is projected through four remarkable peers and an apartment window on Clarke Street where not too far in the distance, a dearly beloved has passed on.  Enriched casual dialogue of their experiences, often with humour, fill the void of their memory walk.

It’s only when A City references a movie set left behind in a jungle depicting fake cities and fabricated worlds does this point become painfully clear to the central characters that they truly found themselves in unknown terrain.

Moving and grooving with consistent atmospheric excellence thanks in part to smart positioning and gratifying rotation of actors combined with an artsy illuminated framing of the set environment, this warm, genuine tale of friendship is the perfect way to share thoughts and emotions of lost strangers.

Although it’s not likely we’ll see Cole J. Alvis, David Patrick Flemming, Justin Goodhand and Amy Keating popping up in a lead role at renown festivals like the Shaw or Stratford anytime soon, this underscores the beauty of the piece that something so simple yet so tenacious can be achieved in a way that classical theatre cannot.