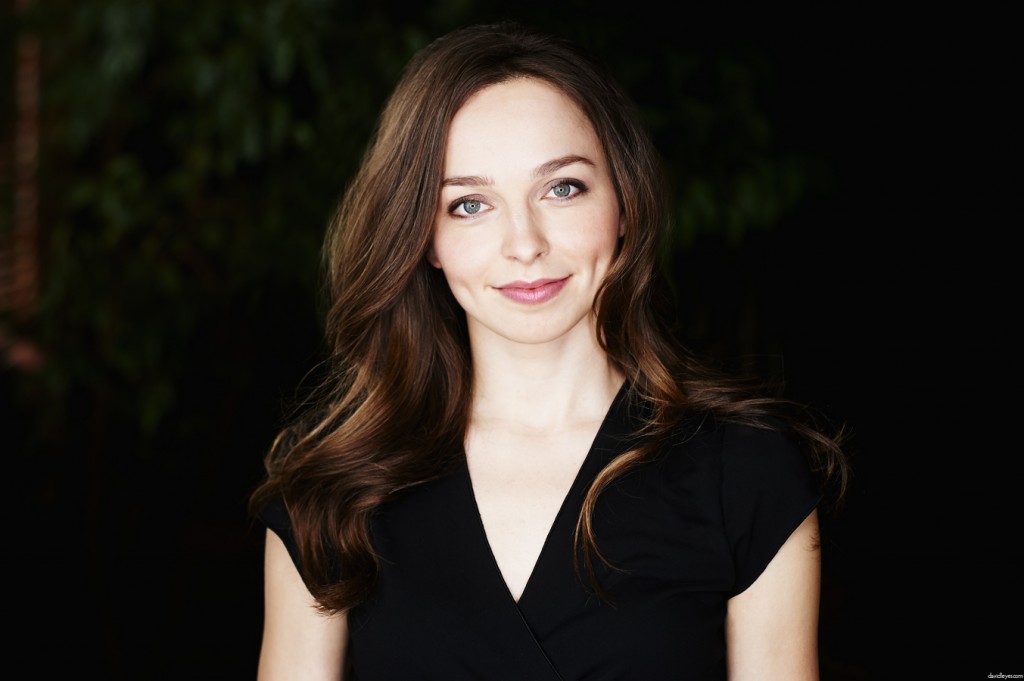 Despite our best attempts at lunch hour lobbying, martini bar palm-greasing, and heated closed-door meetings with government officials, the city’s premier online theatre magazine is regrettably no closer to having Vanessa Smythe Day added to the Canadian statutory holiday calendar.

How else can a nation commemorate the poetic visionary behind 100 Outside Voices, a digital love-letter that has Youtubers stocking up on Kleenex tissue like Y3K is just around the corner?

Fresh off her latest project Offline, one does get the impression that the assiduous performer is highly deserving of additional downtime for herself.

And if ever you take the position that everything in life happens for a reason, Miss Smythe may have to sit you down on a sandy beach somewhere to convince you otherwise.

A storyteller. An entrepreneur.

My big sister for one.

She was—and is—so beautiful. And she always looked like she knew exactly what she was after. There’d be no hesitation, no complaining. She’d just decide to do something, and then do it.

She also always made me feel cool. This is a big deal when you’re younger. I’d be shy and hesitant. She’d bring me out with her friends and give me clothes to wear for parties. She’d tell me not to worry so much, that I’d be fine. And I trusted her. I knew she’d never lead me astray. That’s a pretty powerful feeling.

My dad was another of my childhood heroes. He started a series of companies, and he used to give seminars and talks all over the world. He could befriend an entire room, sincerely, playfully. He could make you think so specifically about something, and help you to see the riches and possibilities within yourself, and in every other human being.

He also writes every morning, and was the one to introduce me to reading and writing at a young age. So many of my formative habits – the good ones at least – are because of him. I still look up to him a lot.

Did you play sports as a kid?

I used to run cross-country in Grade 4.

There’s home video footage that’s a bit legendary in my family. I was practically dead last in this long cross-country race, and my dad was jogging around the track, filming me, cheering me on. The last leg of the race is a final sprint across a soccer field to the finish.

I got heavy into competitive dance in high school training 5 or 6 days a week so no time for other sports.

No, but they were sneaky in the way it would affect me.  I’d be going out to a party and my dad would look at me very directly and say, ‘Make good decisions.’

It always burdened me – that they trusted me enough to make good decisions. It was strangely empowering, and made me feel a responsibility to myself that I probably didn’t yet understand.

Oh man. I had a harrrrd crush on Leonardo DiCaprio when I was in Grade 6. My friends and I created a Movie Club where we would rent lesser known, critically acclaimed Leonardo DiCaprio movies every other Thursday night.

So I had a Leo photo collage facing my bed. I had a big stupid banner saying “Vanessa’s Room” that I’d printed in “sunset” palette letters and then taped crookedly to the wall.

I got a bit more pensive – had a Pink Floyd poster, and an image I absolutely loved – it was dark and a bit foreboding, but was of a mermaid, whose hair was turning completely into fish.

It was either Dave Matthews at The Molson Ampitheatre or Alicia Keys with my very cool friend Leah who gave me my first cup of coffee.

When I was 18, I worked at a Cougar bar in London, Ontario.

There was no training and nobody told me what to do. A few shifts in I was told I would be the shooters girl. Most of the shooters girls would wear sexy clothing and flirt for tips. But I’d typically be coming to work straight from class, and would show up in my winter boots and baggy t-shirts.

The shots had crude names – names I still can’t say with a straight face – and so I’d walk around trying to balance my tray of buttery nipples and chocolate so-and-sos, blushing.

I wasn’t very good at it, but I was friendly. Often I’d end up talking to the older women who’d show up alone. Sometimes we’d do shots together even though mine were fake.

I was also really drawn to funny people and—on a subconscious level—connected love with humour.

I remember being little and watching the movie The Great Outdoors with John Candy. There’s a scene where he makes his wife laugh and then they start making out while she’s doing the dishes.

I found the scene incredibly thrilling and used to fantasize about John Candy and me in the kitchen all the time.

Mine was at a bon fire in a game of Truth or Dare with a boy named Chris Brown.

Our friend, Rachel, dared us to kiss so we thought ‘sure, a peck, no problem.’ But then she corrected us and said, ‘Not to French kiss.’

I was terrified.  My heart stopped and I started sweating profusely.

Chris and I got up from the blaze of the fire and walked – one behind the other – toward a giant rock in the woods. All our friends were craning their heads to see.

On the count of three, we hovered into each other’s mouths, these two gaping holes. After a couple seconds of this, I just closed my eyes and stuck in my tongue.

That first smooch was pretty saliva-y.

I just remember the beer tasting kinda bad.  But that it smelled like people who were older than me and that’s what I loved about it.

I look up to a variety of different women, and it can sometimes feel confusing – how to reconcile these qualities in myself.

Some of the women in my life are more traditional – they’re wonderful mothers, they have deep emotional intelligence, they know how to feed people, host them, make others feel loved. And then there are women in my life who are drawn to more progressive ways of being. They undertake challenging, demanding careers. They are on the front lines of feminist debates and causes; their lives are a challenge to the very conception of woman – and I find them inspiring too.

To be inspired by the seeming at-odds qualities of a woman seems to contribute to a richer understanding and appreciation of women.

I believed that everything happens for a reason, and that all things work out in the end.

I don’t necessarily disbelieve that now, but there isn’t the same purity of belief in me.

My dad’s wisdom taught me to believe in myself.

My mom’s advice was to take everything in stride.

Be a shooters girl at a Cougar bar.

When I was age 4, I stole a chocolate bar from the grocery store. I just put it in my coat pocket and snuck out.

My mom and I got home and were unloading groceries in the kitchen. She was talking to me and I suddenly interrupted her to ever slyly say: I think my coat might’ve fallen off the hook over there and I’m just gonna go put it back up.

I lived in a basement apartment a few years ago, and there was one night when a man kept coming up to my windows and peeking in.

It was around 3 a.m. and I was up writing.  He came to my front door a couple times and just stood there, leaning against it.

The scariest thing is that I don’t remember feeling threatened at the time. It’s like I couldn’t fully realize what was happening, what could’ve happened.

I couldn’t sleep alone in my apartment after that, and I remember feeling really frustrated and vulnerable. It’s the first time I felt an unsettling unfairness about being a woman – which I believed made me more vulnerable.

You’ve been exiled to a isolated island with a topped up gas generator and permitted to bring one book, one CD, and one DVD. What will this include?

I bring a blank book, and I fill it.

I bring a CD of a live concert so I can feel like I’m there. Maybe an intimate Hawksley Workman show.

I’m leaning toward Back to the Future as a DVD.