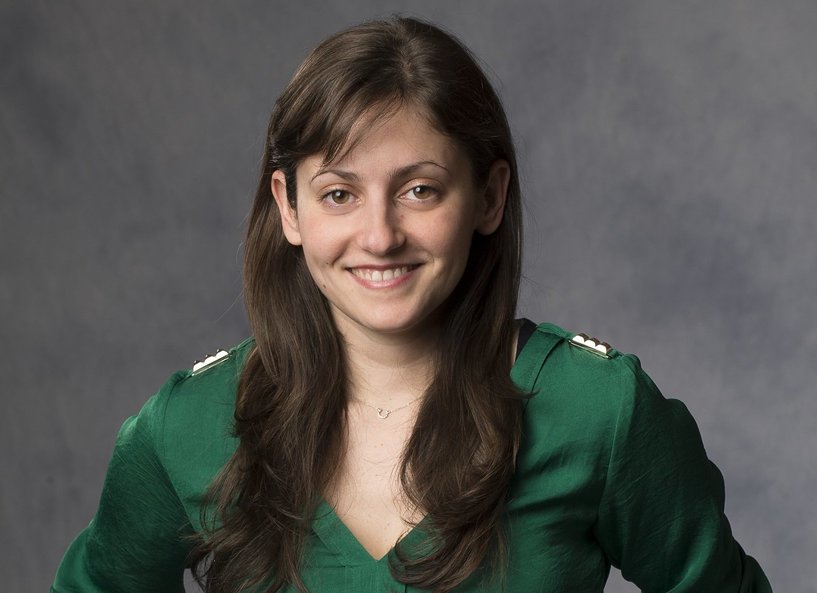 If there’s one actor having a disproportionate amount of fun more than her peers at the Shaw Festival this summer it may be the forever entertaining Jennifer Dzialoszynski.

As Dolly in the Shavian ‘West End Comedy’ You Never Can Tell Can Tell, she’s smiles galore in a story about acceptance and the masks we don for others.  Not only because she’s synced up with co-star Stephen Jackman-Torkoff as Philip in superlatively spirited scenes but also due to the discovery process involving the similarities and differences of the two characters.

Whether she’s reflecting on her first concert, first kiss, or the best lie she’s ever told, ‘Jawa’—as she’s known in selected circles—is nothing less than the real deal.

What did you want to be growing up?
I wanted to be an actor from a pretty young age although there was a time during Grade 5 that I wanted to be in the army.

I eventually figured out that this was only because I had seen the trailer for G.I. Jane in which Demi Moore, with a shaved head, did a bunch of chin-ups in army fatigues, and I wanted to do that—on screen, not in reality. Strangely, I never did see that movie.

Who were your childhood heroes?
The cast of The Bugs Bunny & Tweety Show.  Everything they did was funny and imaginative.

To this day, I still want to be a cartoon character.

Did you play sports as a kid?
Absolutely, I was a huge tom-boy.

Soccer was always my favourite and still is.  But I’d play anything.  Field hockey, foot hockey, soccer-baseball; recess and summer were times for sports.

Were your parents strict?
My parents were and are awesome.

Always really supportive of what I wanted to do, even if it meant running all over town for soccer practice, dance competitions, rehearsals and shows.

They always found a way to let me do the things I was really passionate about.

What posters did you have on your bedroom wall growing up?
I’ve never been a big poster fan.

But I really liked dragons and gargoyles and stuff like that.  Mostly I had bookshelves everywhere, filled with books and plays.

What was your nickname in high school?
Jawa.

I have—as you may see when looking at it for the first time—a difficult last name to pronounce.  Jawa is how you say the first part of it.

I still have pals that call me Jawa.  I’ve always liked it.

What was the first concert you attended?
It was Matthew Good Band, at the amphitheatre at Canada’s Wonderland.  I was a huge fan, it was awesome!

What was the first job you ever had?
My first summer job was as a soccer referee.  I loved and hated it.

I started out reffing kids games, which was great because they just wanted to have fun.

Some of the parents however, made my life a misery.  There was one game where one of the dads would not stop yelling at me, every call I made.  So, tiny teenaged Jenn calmly stopped the game, went over to the coach of the team ‘the dad’ was on, and told the coach that if he could not control his parents I would forfeit the game.

That dad was quiet for the rest of the match.

Have you ever been fired?
No good story there I’m afraid.

I’ve quit a job almost immediately after starting it, but I’ve never been fired.

Who was the first person you were sexually attracted to?
Imagine the sexiest man alive—it was probably his nicer and nerdier brother.

How old were you when you had your first kiss and what do you remember about it?
A tale as old as time, as true as it can be we were both a little scared, neither one prepared.

Beauty and the – wait, no, that’s something else entirely.

I wouldn’t want to have to change my answer to the ‘ever been fired’ question.

What is the hardest thing about being a woman?
This is hands down the most difficult interview question I have ever been asked. And I don’t know if there is a good way to respond.

In my thinking, I have run the gamut of responses; silliness, sarcasm, deadly seriousness, heartfelt sincerity.  But really and truly I cannot answer it in any way that satisfies me.

The news world is full of horrible, and very real examples of why this “accident of birth” (as Walter, the waiter, in You Never Can Tell says about his son) can make life harder for half the Earth’s population.

Neither my making light of the question nor exemplifying a single trouble I have personally will have enough merit for my liking.

What did you believe in at 18 that you wish that you’d believe in now?
That reality TV is a passing phase that will soon be extinct and only exist in memory as the time all of humanity shut their brains off for a while and lost creativity.

What is the best advice your parents ever gave you?
Be yourself.

What have you done that you will never do again?
A blind date.  Terrible.  Don’t ever let any friend do that to you, trust me.

What is the best lie you ever told?
I once—over a period of weeks—convinced a friend that her phone was randomly changing the language from English to Mandarin.

I would always help her set it back to English cause we had the same make of phone so she never suspected that it was me.

The moral of this story is: put a passcode on your phone or your friends will play tricks on you.

What is the scariest thing that ever happened to you?
I had a spontaneous back injury that knocked me out for four weeks making it impossible to stand upright or walk.

It came out of nowhere and felt like being paralyzed.  I was, however irrationally, afraid that I would never be able to be in a play again.

You’ve been exiled to an isolated island with no other inhabitants but permitted to bring one book, one CD, and one DVD what will this list include?
Do I also get a CD and DVD player, and is there a working electrical outlet??? If so, this island sounds great!

I’ll say probably; Florence and the Machine, A League of Their Own, and Jane Eyre.

If someone made a movie about your life, whom would you want to play Jennifer Dzialonszynski?
It’s a real toss-up.  Either Jennifer Lawrence or Gilbert Gottfried.