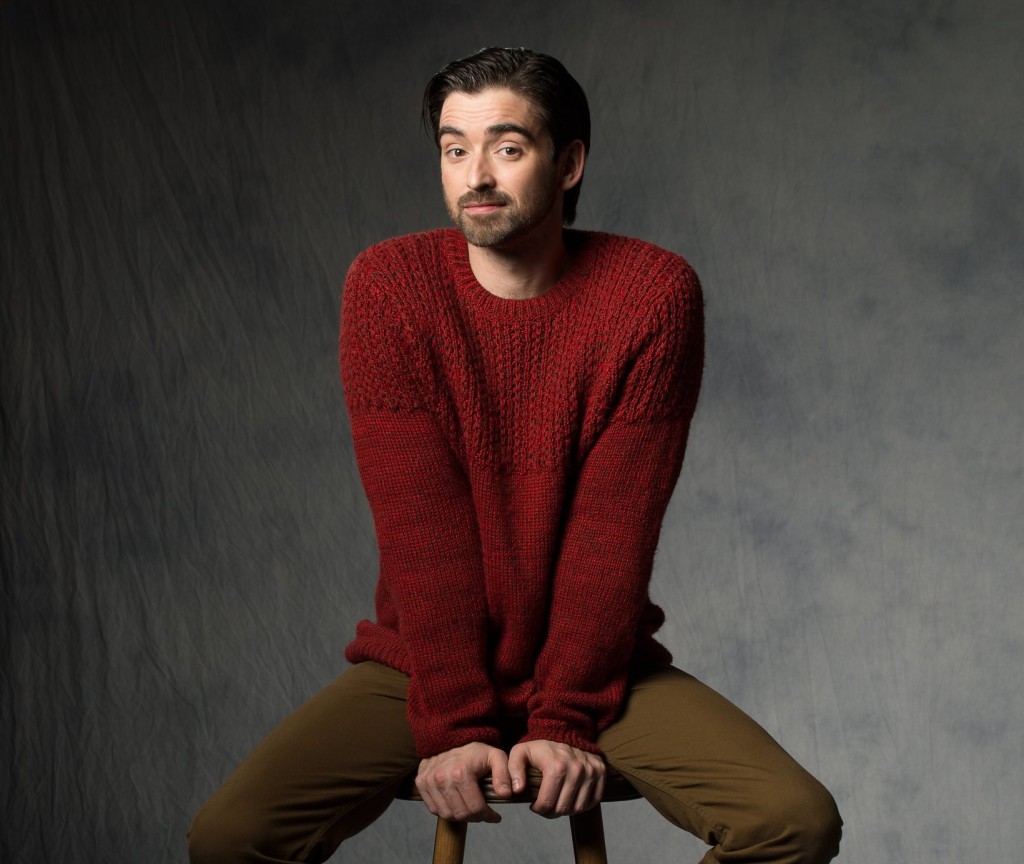 Getting back to the basics of what it means to be an actor is a prospect that many performers simply cannot resist.  Shaw Festival’s Billy Lake is no exception to this truism.

In Peter and the Starcatcher, on stage in the Royal George Theatre until Nov 1, he plays the brutal headmaster Mr. Grempkin, an unlucky sailor named Mack, and, finally, as a fearless Fighting Prawn.  All of which require timely dialect transitions that reinvents the challenges of coping with a split personality on the stage!

Like so many of us, Billy Lake wishes boyhood could have lasted much longer than what is permitted.  It only takes a bit of probing in our celebrated ’20 Questions With…’ survey to clearly see why.

What did you want to be growing up?
I remember reading my first Roald Dahl book (Charlie and the Chocolate Factory) and knowing, then and there, that I wanted to be a children’s author. I loved how his beautiful, imaginative writing could make me feel like I was inside the story.

I had a dream of being able to take other kids like me on a journey that would be all encompassing; letting them forget reality for a few hours and dive into a magical, make-believe world.

Then I did my first play and discovered I could accomplish the same thing through acting! I was hooked.

Who were your childhood heroes?
I read a lot as a kid, so a lot of my heroes were fictional characters. Charlie Bucket, Anne Shirley and Jim Hawkins.

I distinctly remember reading “Emily of New Moon” and wishing I could meet her!

Did you play sports as a kid?
I was never an athletic kid. I was put into softball, I believe. I spent a lot of time picking dandelions in left field.

Were your parents strict?
My parents are now, and have always been, very supportive of me and my career.

I do think they were maybe a little confused at first when I told them I was going to audition for theatre school. Growing up in Newfoundland, I was a very academic kid and it probably seemed like a bit of a waste but I think they could see how important it was to me and how much I loved performing.

They’ve never once stood in my way or shown any disappointment or regret.

What posters did you have on your bedroom wall growing up?
In high school, my walls were covered with pictures of Neve Campbell. I had an obsession with the movie Scream and I loved that she was Canadian and that she’d been a dancer. I think I felt a bizarre connection to her.

To this day, if I were to meet her I’d probably pass out.

What was your nickname in high school?
I’m not sure I had one. I guess “Billy” is, in itself, enough of a nickname

What was the first concert you attended?
I went to see Our Lady Peace at Memorial Stadium in St. John’s—which is now a Loblaws, by the way!

I remember waking up the next day with an intense ringing in my ears and thinking perhaps I’d gone deaf. I also remember thinking, “Oh… THAT’S what pot smells like!”

What was the first job you ever had?
I had a paper route when I was eleven or twelve. I would dance from house to house.

I loved delivering the paper but I hated collecting money each week and I loathed Wednesdays when I had to deliver a weekly flyer to every house.

Sometimes I would take them all to the nearest dumpster and chuck them all in and run away. Gee, I hope my old boss is not reading this!

Have you ever been fired?
Well, judging from the above, I probably should have been!

Luckily, I wasn’t. I was threatened once at a shoe store where I worked that I’d be fired if I didn’t stop tapdancing around the store.

Who was the first person you were sexually attracted to?
I was obsessed with the movie Gremlins as a kid (something about those cheesy horror flicks, I guess…) and loved that the main character’s name was Billy.

In the movie, Billy has a crush on a girl named Kate who was played by Phoebe Cates.  I thought she was just about the prettiest girl I’d ever seen but was too young to really know what that meant.

There was, however, a girl in my class who was also named Kate, so I decided that she was my girlfriend. That’s how that works, right?

How old were you when you had your first kiss and what do you remember about it?
Wow. I wish I had a really romantic story to tell you right now. It was on one of my first visits to Toronto.

It was night. It was raining. It was in the parking lot behind Hooters. Need I say more?

What do you remember about the first time getting drunk?
Growing up in Newfoundland, this is quite a rite of passage but, I must admit, the details are a little foggy.

It was probably in somebody’s basement and I’d say we may have split a stolen beer between five of us. I’m sure we all plugged our noses and used a straw so we could “get drunk faster.” How times have changed!

What is the hardest thing about being a man?
This is tricky. I played a woman all last season in Peter Hinton’s Cabaret and, I have to say, we dudes have it pretty easy by comparison!

However, as a gay man I can say this industry can be tough to navigate. You can get typecast or pigeonholed pretty easily.

I love watching new, young actors come into the company though who’ve had the benefit of growing up knowing who they are and living that life without shame or embarrassment.

I was told early on in my career that I’d have to hide my “feminine qualities” if I wanted to work in this business. I’m glad I never took that advice. Being your true, authentic self is always a better, more fulfilling path!

What did you believe in at 18 that you wish that you’d believe in now?
I think 18-year-old Billy had a pretty idealistic notion of this industry and what it was going to be like. All jokes and comradery and fun!

While there is a lot of politics and nonsense to avoid out there, I’m happy that this play has really helped me get back in touch with that joy and excitement! Billy at 18 would be proud.

What is the best advice your parents ever gave you?
It wasn’t advice, per se, but my folks definitely lead by example.

They worked so hard to care for their family, sometimes working multiple jobs and never complaining. Whenever I feel like I’m taking things for granted or wasting my potential, I remember all that my parents did to help me get to where I am today and I’m inspired to work harder and make the most of everything they’ve given me.

What have you done that you will never do again?
I once cut my own hair. Big mistake.

What is the best lie you ever told?
I don’t know about “best” but I had an imaginary girlfriend who lived in a different city for a few years in junior high.

Her name was Amanda and we went to the movies a lot. I don’t think I was very convincing.

What is the scariest thing that ever happened to you?
Once, when I was walking home from the library in high school, I got picked up by the cops because I fit the description of someone who had just committed a crime.

They put me in the back of their police car, searched my backpack, the works. Then they drove me to the house of the woman who had called the police and stood me in front of her to see if I was the guy or not! I have to say, I’m the kind of person who, when accused of something  (despite KNOWING I’m innocent) starts to think “Wait… maybe I DID do it?”

Thankfully, she told them I wasn’t the guy and they let me go.

You’ve been exiled to an isolated island with no other inhabitants but permitted to to bring one book, one CD, and one DVD. What will this list include?
Book: “Dancer from the Dance” by Andrew Holleran. This is a book that I’d like to own multiple copies of just so I can give them away to friends and strangers.

DVD: “All About Eve”… Bette Davis at her finest!

If somebody made a movie about your life, whom would you want to play you?
First off, that would be a terrible movie but if a decision had to be made, I’d recommend the casting people take a chance on some unknown kid.

That or Hugh Jackman.