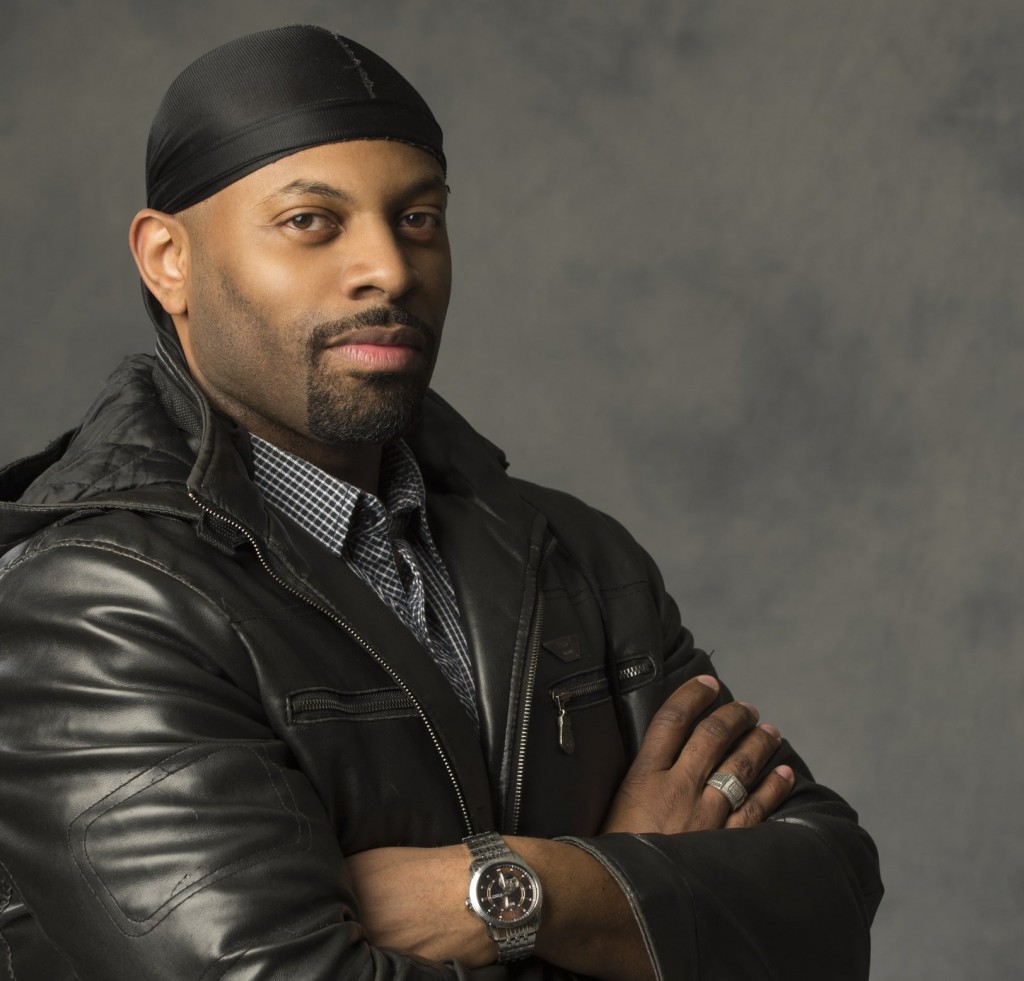 It would be an understatement to suggest there is a single take away from “Master Harold”…And The Boys which graces the Shaw Festival Court House Theatre until October 10, 2016.

Set in 1950s South Africa and relying on the principles of Ballroom dancing to illustrate a message, it might be said that the production serves as museum piece in the supposedly progressive days in which we leave.

Andre Sills plays Sam, a family worker who likes to see the best in everyone. Not only is the summer stage’s friendly giant a man of many colours, it only takes a ‘20 Questions With…’ exchange to connect all the dots.

I really wanted to be a baseball player, former Blue Jay Fred McGriff was a favourite.  Then a basketball player.  I was good, but not that good.

Michael Jordan ranked up there.

But in life I always did look up to my Dad and my older brother.

You played multiple sports on your way to adulthood, yes?

I  was into everything!

I started off with baseball and played with the Milliken Mills house League for a few years. Throughout elementary and secondary school I played basketball, volleyball, cross country, track & field and even wrestled for a year.

The sport that I really excelled at was the roughest one around—rugby.  It started when I was in Grade 9 and by the time I was in Grade 12, I was playing with The Toronto Nomads, which lead to playing for Ontario for two years.

Still not quite ready to declare my official retirement from the game – I still have a pair of cleats that have never been worn.

I grew up in a Christian household.  Does that say enough?

What poster did you have on your wall growing up?

I don’t think I ever had posters up in my room. I was the middle child of five so that meant bunking up with a sibling.

Well as a church boy in school I was given the name Reverend, which was an interesting name for the enforcer on the Rugby field.

What was the first concert you’ve been to?

Still in harmony with a religious upbringing, my love for Hip Hop my first concert was a rap duo called The Grits and The Cross Movements.  It’s doubtful your readers have ever heard of those guys.

But I guess I would say Janet Jackson. Does she ever put on a sexy show!

Growing up in Markham as a young teenager, the paper route was the way to go.

I delivered the Economist & Sun and lasted as long as it took for the snow to fall. Then it just really sucked. Thank you Dad for helping out as much as you did.

Have you ever been fired from a job?

Yes! From The Sultan’s Tent on Front Street.  I  was a  junior server which basically meant I did everything except take dinner orders.

They had belly dancing shows every night and the performers were always trying to teach the customers to belly dance.  If the customers were too shy, that’s where I came in. I would get them up and we would all do the moves. And everyone would leave with a great experience.

But one of the higher ups didn’t like that and had me fired.

I once said I was attracted to Diane Lane (Unfaithful) and was teased for a very long time.

Also around that time I had a few unfortunate year of being chubby which meant Andre was just in the friend zone because he had such a great personality.  So Tyra Banks was my girlfriend.

Okay, I was a late bloomer – my first kiss was at 16. And it was a Kiss N Run. Her name won’t be mentioned.

We were friends for a long time and she said she wanted to talk to me in private. That’s when she told me she liked me and asked me to close my eyes.

So I did thinking she was going to give me a gift or something.  Then I felt her lips on mine and when I opened my eyes she was gone.

I was also late to the drinking game so it wasn’t until near the end of my 2nd year of Theatre School at George Brown.

You’ve starred with a myriad of female performers throughout your career.  What do you suppose is the hardest thing about being a woman in society?

Men making most of the decisions or thinking they can make decisions for women.

That the world isn’t as bad as it is.   But I still have hope.

“Don’t forget whose child you are” as my mom always said. What she meant was not only was I a child of my parents, but a child of God, which applies to how I carry myself in my life and my peers.

Theatre School. It was a one-time thing.

I get to lie every time the lights go to black and I step on to the stage.

When I was six-years-old driving with my dad pulling into a plaza in Markham on Hwy 7, the parking space was tight driving the good old K Car.

My dad pulled in to the spot and scratched the car to the right, and the owners were still in the car.  A man stepped out of the car and went into a complete rage screaming, swearing, and opening and slamming our passenger side door where I was sitting.

I was terrified, I had never seen rage like.

Thinking back just makes me wonder about the woman who sat in his passenger seat with her head down who never said a word.

You’ve been exiled to an isolated island with a gas powered generator and home stereo system. You’re permitted to bring one book, one CD, and one DVD what will this list include?

Book: Volume 2 of TESTIFY a collection of plays by Black Canadians,  and it would be a great help if whoever I lent it to would return it.

CD: Lil’ Jon and The East, “King’s of Crunk!” It may not be the most meaningful music but it is hard to stay down listening it.

DVD: Naked and Afraid, if you don’t know what this is, look it up – you will be hooked, and it will prepare you for the apocalypse.

If somebody made a movie about your life, whom would you want to play Andre Sills?

Well, I don’t think I have reached the climax of my story as of yet. There is so much more to explore and discover/

But if Hollywood continues the way it has, it may be Gerard Butler in blackface or just as himself (accent and all).

Or they could just let Chris Tucker do it since people are always telling me, “You so look like Chris Tucker.”