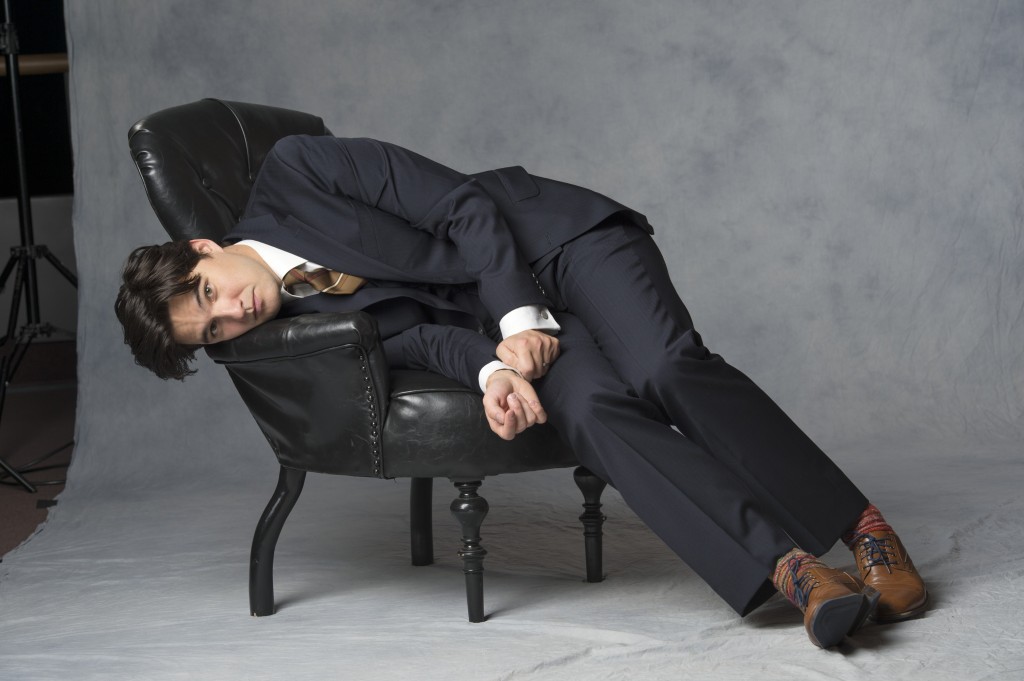 What did you want to be growing up?
There was a time that I thought I’d be an Engineer or an Architect. I liked the idea of creating spaces to live, designing things.

Oh, and I definitely wanted to be a bounty hunter like Boba Fett. I read a lot of Star Wars expanded universe novels.

Who were your childhood heroes?
I think I had a lot of heroes. As per my answer above, I loved Star Wars. So right off the bat I’d say Boba Fett, Han Solo and Luke Skywalker. Soccer great, Pele, was up there too.

My Gramps was definitely a hero.  He was so good at fishing and building things in his workshop.

Did you play sports as a kid?
Soccer was my big sport. We won provincials one year, it was awesome. I scored the only goal in the big game.

My dad definitely trained me up to play sports but they weren’t organized. Lots of sandlot baseball, tennis, basketball and volleyball.

Were your parents strict?
I don’t remember them being “strict” per se. I was a bit of a terror as a kid so when I stepped over the line they let me know.

I know other friends whose parents never let them watch TV and things like that. I always thought THAT was strict.

What posters did you have on your bedroom wall growing up?
Ha. I haven’t thought of these for years.

My dad at one point was working at a video rental place and there were a few early to mid-90′s posters that I scored. Billy Madison, Top Dog (with Sir Chuck Norris), House Guest (with Sinbad and Phil Harman), and Slam Dunk Earnest. Plus, the obvious Empire Strikes Back, and Return of the Jedi.

Oh…and a poster of the Anaheim Mighty Ducks and a Dodge Viper.

What was your nickname in high school?
No nickname that I can remember.

Which is odd ‘cause I went to school with six other Jeffs.

What was the first concert you attended?
I’m pretty sure it was Weird Al Yankovic on his Alapalooza tour.

I remember at some point in the concert he was singing about underwear and then he pulled out a pair of boxers from inside his pants and gave it to some kid. Maybe he had 2 or 3 pairs that he pulled out and gave away.

I thought it was the frickin’ coolest that someone got to go home with a pair of boxers. don’t know if that’d fly nowadays.

What was the first job you ever had?
I worked at Blockbuster Video. It was great.

It only lasted about a year but I rented a crap load of movies. I think you were allowed 10 per week. I watched everything I could. After we closed at midnight, some of us would stick around and play video games on the store TVs ‘til 4 am.

It was the best job a teenager could score.

Have you ever been fired?
Nope, not yet.

Who was the first person you were sexually attracted to?
That’s a tough one. I don’t think I can recall a specific singular girl.

When I was a kid I was in a city wide concert band. I played clarinet. I don’t remember the girls’ names but I probably had crushes on 12 different girls in the band.

I don’t believe I knew at the time I was sexually attracted to them. But looking back. Yeah. I was diggin’ them!

How old were you when you had your first kiss and what do you remember about it?
On my birthday, can’t remember if turned 13 or 14.

A small group of us went roller skating and then back to my place to watch a movie. I think the movie had Gerard Depardieu in it.

All I remember was how amazed I was at how amazing it felt. The thing was: she smoked. So she had this ashtray-tobaccoey taste.

It took me awhile to stop getting all flushed every time I smelled someone’s smoker breath… or even an ashtray.

What do you remember about the first time getting drunk?
I tried to lift everyone I could on to my shoulder and spin them around as fast as I could. ‘Cuz that’s obviously the first thing you should do when you’re drunk.

What did you believe in at 18 that you wish that you’d believe in now?
Wow. These are getting heavier as they go.

I don’t know if I believed in anything when I was 18. I think I was trying to figure out how to put one foot in front of the other without my parents helping me.

What is the best advice your parents ever gave you?
That I have a choice. And it’s mine to make.

What have you done that you will never do again?
Have a pickled jalepeno eating contest after a port chugging contest.

What is the best lie you ever told?
My favourite is my alternative proposal-to-my-wife story.We were at a bar and got pretty trashed.

It was late, at some point she disappeared. I went to find her and she was in the bathroom—upchking.  So I held her hair out of her face so she wouldn’t get any on her.

And as I was standing there, holding her hair, I realized how much I loved her. That she was the one I wanted to be with. So I asked her, drunkenly “Will you marry me?!”

in between dry heaves she said “yes.” I know it sounds stupid as hell, but there were a good many people that believed it for a second and that’s all I need.

What is the scariest thing that ever happened to you?
It’s a longer story, but the gist is: I was in an acting class and someone brought in a gun. We didn’t know if it was loaded or fake. It looked real.

The owner of it had been a bit disgruntled for the past few classes. For about 5 minutes we didn’t know if it was going to be used on us or not. The teacher finally stopped the class and addressed the situation. Scared the S-bomb out of me!
You’ve been exiled to an isolated island with no other inhabitants but permitted to to bring one book, one CD, and one DVD what will this list include?
I know this doesn’t sound very literature loving of me, but I may be tempted to bring an Encyclopedia and take in knowledge.

The DVD choice would have to be Napoleon Dynomite, I’d need a good laugh.

If somebody made a movie about your life, whom would you want to play
you?
Paul Newman.